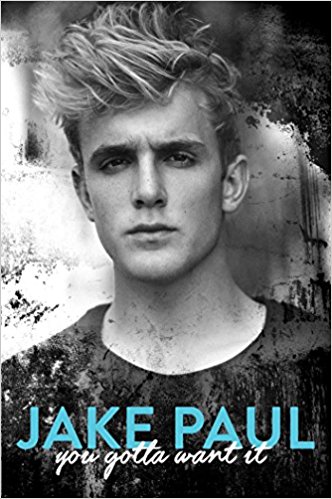 For those of us whose middle-school amusements are a thing of the past, the name Shane Dawson might not mean anything. However, for those of us still deep in the throes of YouTube and YouTuber drama, Shane Dawson and his videos are common fodder. Popular for his conspiracy videos, and a longtime member of the YouTube creator community, Dawson is known as a reliable source on anything he chooses to cover.

The Tanacon videos were the first that truly gained a following across multiple platforms. Tanacon was the failed YouTube convention (Who knew people would pay money to meet YouTubers they can watch for free online?) named after its creator, Tana Mongeau. The enterprise failed after the first day, surrounded by accusations of being a scam. Dawson, who is close with Mongeau and was one of the featured creators intended to appear at the event, decided to look into the allegations and provide an unbiased account of how the convention fell apart. Those three videos have amassed  46,624,912 views collectively. His next series, about one Jeffree Star, took an in-depth look at the mogul’s wealth, business and personal life. This series, a total of five videos, had a combined 100,973,087 views.

His most recent series has slowly been released over the past two weeks, with the finale being posted on Oct. 8. Although all of his series so far have received some criticism and have been controversial in the YouTube community, this series, The Mind of Jake Paul, has been the most controversial to date. The controversy had less to do with Dawson, and more to do with the subject himself, Jake Paul.

Jake is the younger brother of the infamous Logan Paul, a YouTuber known and condemned for a video wherein he found a dead body in the “Suicide Forest” in Japan. Logan Paul has been noticeably absent from YouTube after this video was widely condemned and eventually removed. It is very common for people, myself included, to confuse the two tall blonde brothers for each other, or merely assume they’re the same person. However, Jake Paul has his own entirely separate channel, audience and scandals. Dawson attempts in his series to first see if Jake Paul’s problems are the result of being a sociopath or having sociopathic tendencies. He then delves deeper into the life of Jake and his entourage, including both current and ex members of his ‘squad’ Team 10. Jake Paul doesn’t appear in the series in person (although clips from his own videos are shown) until the fifth episode.

I was familiar with Dawson’s previous series and their subjects; however, I knew nothing of Jake Paul when I began watching. The discussions of the series on social media were growing more hostile — most of the conversations stemmed from members of Shane’s audience who did not want to see Paul given a platform or a chance at redemption. The series delves deeper and deeper into all of Jake Paul’s scandals including physical abuse of his ex-girlfriend, mistreatment of other members of his team and his property. As I watched the first half of the series, I was convinced of Jake Paul’s certain evil. But, as Jake Paul himself was featured and asked directly about everything, I found myself sympathizing with him and all of his personal turmoil. I could empathize with a young boy brought up in an atmosphere of competition, a family divided by divorce and a brother stealing his girlfriend and publicizing it. With the constant drama, backstabbing and he said-she said, I found myself, like Shane, spiraling further into this world of absurd wealth, fame and scandal.

Should you watch this series? If you like copious amounts of drama served through mockumentary-style (motion-sickness inducing) camera work, a seemingly unbiased narrator (who, by the way, is just as terrified of the truth as you are) and a misunderstood villain who might turn out to be a flawed hero, then yes. Grab the popcorn and settle in for the next six hours, 26 minutes and 49 seconds of hearing ‘like’ every other word.

In total, The Mind of Jake Paul has over 138,542,059 views and counting. This of course isn’t including the spin-off videos recorded by Jake, Logan, Erika Costell (Jake’s current girlfriend), Alissa Violet (Jake’s ex-girlfriend) and anyone else who has an opinion. This is the Internet after all, and more importantly, a business. In total of all the mind-numbing videos I’ve watched to get the fullest picture, I am left wondering if I played right into the hands of an industry just trying to get more views. Did I allow myself, an educated person, to waste a good portion of my time on the lives of people completely inconsequential to my own? I honestly couldn’t tell you.