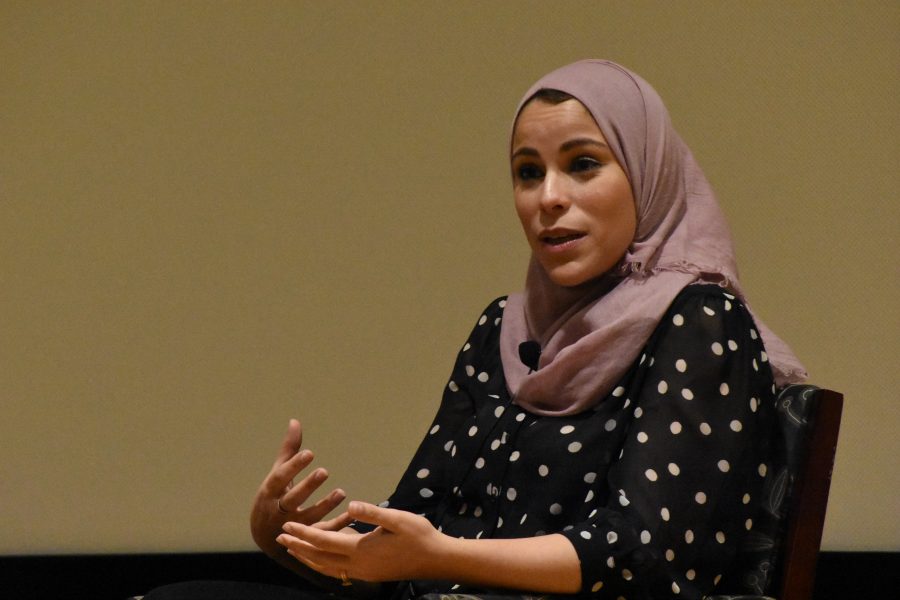 Every year, colleges across the U.S. spend an entire week hosting activities that celebrate internationalization and its benefits on campus. This week, titled “International Education Week,” was celebrated at Wake Forest from Oct. 21 to Oct. 27.

Wake Forest’s campus, much like many universities across the country, benefits from diversity and the presence of international students and faculty. The combination of cultures brought by those not native to the U.S. allows for a campus culture that is rich in variety and tradition. The goal of International Education Week at Wake Forest is to highlight the unique flavor and influence that global education brings to our community.

This week was jam-packed with events every day that highlighted different cultures and were catered to all types of students. Some events, like “Passports and Pizza” were catered to students looking to go abroad. Other events were specifically for international students, where they heard from upperclassmen students about how to maximize their time at Wake Forest. There were many events that highlighted specific cultures individually, from Japanese and Chinese conversation tables to talks by professors specialized in one language or culture.

Additionally, there were galleries and events open all week. The Museum of Anthropology was open, and there was a photography exhibit at the START Gallery by senior Kayla Amador. Amador chose to do her photography specifically themed to Japanese culture because she was “fascinated by how language was presented visually, from street signs and labels, graffiti, flyers and promotional material, and so on.”

“I feel it’s important to highlight the aesthetics of other countries on college campuses like Wake Forest, so that students can learn to appreciate cultures other than their own without claiming ownership of them,” Amador said.

Wake Forest’s International Education Week always has a keynote speaker who is an extremely accomplished advocate or someone who working in their respective field at an international level. This year, the keynote speaker was Dr. Alaa Murabit. Dr. Murabit was appointed by the United Nations Secretary General as one of 17 Global Sustainable Development Goal Advocates, alongside Shakira and Leo Messi, for example. She is an advocate for many causes, like female empowerment, education in poor countries, curing malaria, peace, and sustainable development. Additionally, she boasts many awards and recognitions. Dr. Murabit has given a TED Talk before, has been named on the Forbes 30 Before 30 list, and is known to be an expert in international security, peace, sustainable development, and leadership, just to name a few.

Dr. Murabit’s talk was held in Pugh Auditorium on the Thursday evening of International Education Week. It was mediated by a student who would ask questions that Dr. Murabit would then steer in her own direction. While it is clear that Dr. Murabit is passionate about a variety of topics, one of the most unifying points she made was what her idea of a leader is.

Dr. Murabit does not like the terms “change agent” or “ally” when discussing a particular cause, because she feels that it removes accountability to said supporter to actually do something helpful. For example: women’s rights affect men too, and in Dr. Murabit’s opinion, women and men alike should be “leaders”, not just allies who support the cause.

“A leader is someone who can make other leaders,” said Murabit, explaining that a leader is someone who makes others feel more credible and educated by following them. When it comes to participating in causes such as woman’s reproductive rights, Murabait believes “heavy duty organizing” is necessary, and all people have a responsibility to get involved.

One of the final topics discussed in Dr. Murabit’s keynote conversation was the idea of “freedom.” She asked the audience to share what “freedom” means to them. Some of the responses included “having security,” “not having to explain yourself,”  and “the power to make your own choices.” From this, Dr. Murabit went on to explain that freedom becomes defined for you when you are no longer in power. She reminded the audience to always remember that they need to define it in their own lives and their own endeavors no matter what.

Dr. Murabit’s conversation was just that — a conversation. She didn’t just speak for the audience to listen to, she asked questions and engaged the entire time. “I loved the way she asked us questions because it allowed me to think about what she was saying and how each topic could personally affect me,” said sophomore Maggie Kuhn.

Many felt this was a successful keynote conversation to tie together International Education Week, because it encouraged the idea of working together to reach a goal. “Dr. Murabit touched on so many different topics and causes. No matter what you advocate for personally, Dr. Murabit provided advice and ideas on how to empower yourself and others to take charge and lead the way,” said sophomore Kaley Vontz.

Overall, Wake Forest’s 2018 International Education Week exposed campus to new cultures and ideas. Through a busy week of events, speakers, and seminars, students were given the opportunity to learn about new places around the world, and an opportunity to learn more about themselves as well.