Netflix Brings Back A Classic With A Twist 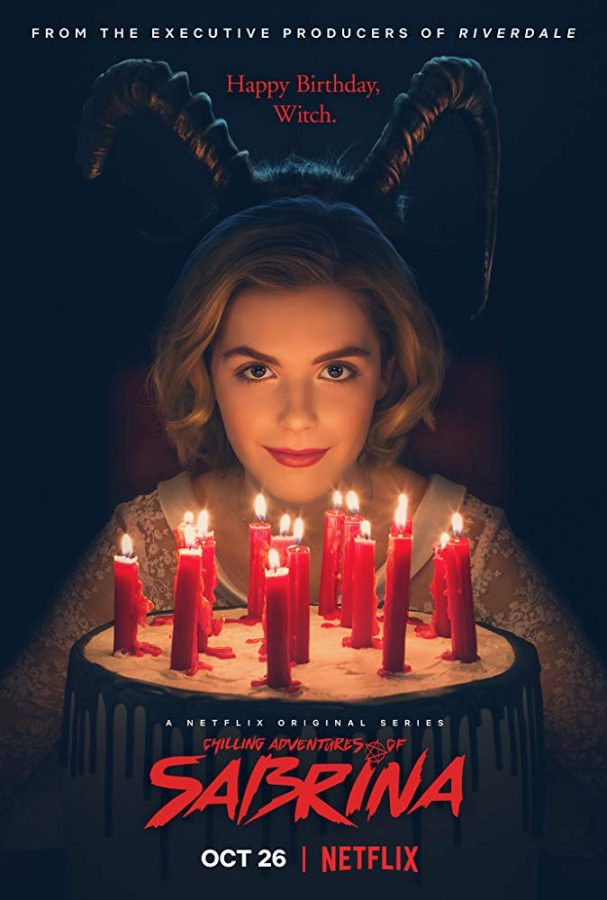 Last Friday, as the clock struck midnight and the witching hour began, Netflix released their highly-anticipated series: The Chilling Adventures of Sabrina. The series is based on the comic of the same name and stars the same character — Sabrina Spellman — from the 90s sitcom Sabrina the Teenage Witch. Suffice to say the two series, although the same essential story and characters, are in complete juxtaposition in style and tone. The original sitcom, starring Melissa Joan Hart, was lighthearted and comedic. For fans of the original sitcom, Chilling Adventures is nothing like its predecessor. This new Sabrina is darker, and adds much more depth to each of the characters it features.

The show comes from the same producers of Riverdale, Roberto Aguirre-Sacasa (who also serves as a writer) and Greg Berlanti, and is also conveniently set in the same universe. The town of Riverdale is mentioned several times throughout the show, with a small cameo of a minor Riverdale character appearing towards the end of the series. A future crossover is clearly in the cards for the shows.

Chilling Adventures is very much in the same vein of Riverdale, with similar writing that takes the classic comics and makes them much darker. The similarities can also be seen in the sets and costumes. The sets are overly cliché and create a sense that the world is, although realistic, still artificial. The costumes highlight the personalities of each character and their respective role to the story, which allows for easy consistency from episode to episode. While the show is set in modern times (we can tell this from the rare use of a cell phone), the sets and costumes are intentionally dated to show the influence of Greendale’s history on its present and fluidity between time and realms.

The show stars Kiernan Shipka in the titular role, with the rest of the cast rounded out by Miranda Otto as Aunty Zelda, Lucy Davis as Aunty Hilda, and Ross Lynch as Harvey Kinkle. With the show’s new darker premise and installment into the horror genre, the plot revolves around Sabrina being baptized into the Church of Night, a cultish religion that worships the anti-God, Satan. Sabrina is a half-breed, essentially a half-witch on her father’s side, and half-mortal on her mother’s side. She has grown up in the mortal world, goes to a mortal high school, has mortal friends Susie and Roz, as well as a mortal boyfriend Harvey Kinkle.

However, after the death of her parents, she was brought up by her witch aunts. Once again we are given a female heroine who simply cannot have it all and must choose between two worlds. The plot is an intricately woven tapestry of several storylines, but each from a different character’s perspective, with their own motives. The production of season two is currently underway, so the major cliffhangers of the season one finale will definitely have resolutions.

Some qualms I have about the reboot: first, as a fan of the original sitcom, I miss the old Salem, Sabrina’s cat, whose snarky remarks added great sarcastic comedy. Second, the characters constantly refering to Satan as the ‘Dark Lord’ gives me major Harry Potter flashbacks and ruins the effect of a demonic God in the biblical sense. Finally, the camera work of the show is very inventive, especially in the Spellman Mortuary, where it gives a great sense of space. However the show is constantly in shallow focus, which is obviously intended to give a hazed, witch-y effect, but in execution leaves much out of focus.

Overall the new show is one of the better reboots. It gives homage to the original show and comic, while also creating a new concept of Sabrina for itself. It doesn’t intend to replace or recreate either earlier version, but to establish a new, darker, Sabrina for a new generation of witches to enjoy. So grab your favorite snacks and get into the Halloween spirit with this spook-tacular show.