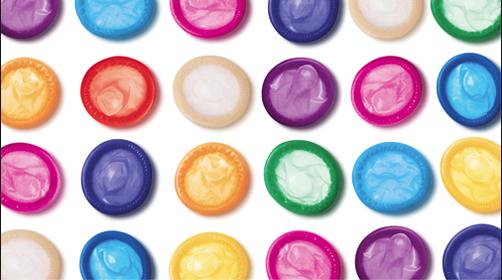 Sexually transmitted diseases are on the rise for college students, according to the Center for Disease Control. STDs are affecting campuses across the nation, including Wake Forest.

Studies from 2015 and 2016 show almost half of all newly diagnosed STDs are within the 15- to 24-year-old population. With students being increasingly sexually active, the need for comprehensive sex education is a growing national debate.

At Wake Forest, many feel the campus-wide initiative to promote healthy lifestyles is not enough, according to both students and administrators.

According to survey data from the National College Health Assessment, 54.1 percent of students believe they haven’t received enough information about safe sex practices.

Kathy Carstens is the nurse practitioner in Student Health responsible for overseeing STD testing on campus. According to her data, Student Health ran 1,172 STD screenings during the 2017-2018 school year. Posse, the third-party affiliate that does free screening for Wake Forest students, ran 962 tests. Combined, these numbers account for about 40 percent of the student body. This data shows that many students on campus are sexually active, and people only get tested for STDs when they are sexually active. It also shows that students go to get tested because they think there is a chance they have an infection, or if they had unsafe sex. Lastly, the other percentage of the student body that is sexually active and is unaccounted for in these numbers is likely to be engaging in unsafe sex as well, but is not being tested for STDs.

Chlamydia, gonorrhea and syphilis are the most common STDs nationally. If left untreated, these diseases can cause infertility and increased vulnerability to more serious illnesses like cancer, Human papillomavirus, or HIV/AIDS. Young women tend to be especially susceptible to chlamydia, which can cause pelvic inflammatory disease, and life-threatening pregnancy conditions.

Wake Forest does not seem to provide adequate education on the dangers of risky sexual behavior. Students participate in a brief sex education session during freshman orientation. There is also a short unit during Health and Exercise 101, a required course for all undergrads.

But after that, nothing.

Suzanne Hunt, the Assistant Director of Wellbeing, Health Promotion in the Office of Wellbeing, is responsible for overseeing freshman orientation. She confirmed the lack of adequate sex education.

“We only get an hour and 15 minutes essentially to go over all aspects of wellbeing for first-year students,” she said. “We have different topic areas that we do questions around and one topic is sexual health. That’s basically when we cover where you can get your resources, where can you get tested, and busting myths and stigma around condom usage and STDs.”

The unit covering sexual health is brief and attempts to cover everything from consent to STD prevention. It includes a comical video explaining consent like a cup of tea. Students often laugh. Then the session moves into safe sex practices.

“Now that I look back on it, I understand how easy it is to get an STD at Wake Forest because people run around and have unprotected sex all the time and no one thinks that they have an STD,” said a senior from South Carolina, who declined to be identified for reasons of privacy.

Hunt at THRIVE has reservations about increasing sex education on campus because every student is coming from a different background.

This uncertainty is another reason to increase education on campus. Students do come from diverse schools and backgrounds, and some might have received abstinence-only education. On a campus with sexually active young adults, students need to be made aware of the risks of unsafe sexual behavior.

According to the senior from South Carolina, many students only consider the possibility of pregnancy when having sex.

“Condoms are only used when the girl isn’t on birth control so you don’t get pregnant,” she said. “I assumed everything was going to be fine since I am on birth control but now [asking if my partner has STDs] is definitely is a conversation I have.”

Both Carstens and Hunt agree there is a need on campus for better education and awareness initiatives, but maintain that neither office has the resources or workforce to do it. They hope for improved initiatives in the future.

“If people get tested as frequently as they need to, that would prevent STDs on college campuses,” said a student from Pennsylvania who declined to be identified for reasons of privacy. “I don’t think they promote getting tested well enough. I know when and where to get a flu shot on Wake Forest’s campus because they have posters everywhere, but there is nothing about STDs.”

“We want to promote safe sex because people are gonna do it, so they need to have the resources to do it safely,” said the senior from North Carolina.