What Are The Odds? A Look At This Week’s Best Bets 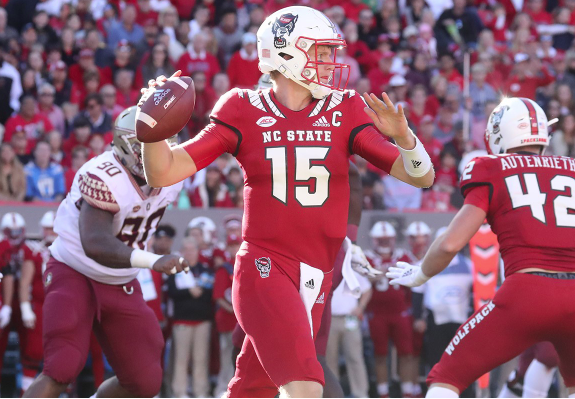 The first week of picks was a blazing success. Arizona kicked things off by dominating on the ground en route to an eight-point win. Things kept rolling on Saturday as Syracuse’s offensive consistency held firm while the Deacs sputtered after jumping out to an early lead. On the west coast, the mighty Oregon Ducks steamrolled UCLA and proved that looking your best is actually more important than playing your best. Sunday was forgettable, but in the same way that Washington couldn’t stop a single Atlanta play call, the pitiful Redskins performance couldn’t stop our winning week. Picks are in all caps.

This matchup is a battle of a disappointment and a massive success. The TCU Horned Frogs looked like a promising young squad in the first half of their early season game against Ohio State. But ever since a brutal loss to Texas and a series of difficult injuries, Gary Patterson’s bunch has been abysmal.

On the other side, the West Virginia Mountaineers should be energized coming off of a stunning come-from-behind win at Texas. With Big 12 Championship hopes and a real chance at making the playoff, look for West Virginia to ride Will Grier’s arm to a three-touchdown dismantling of TCU.

Nothing is tougher to do than bet against the greatest quarterback of all time. Tom Brady and the Pats are on a roll after defeating the Packers at home last weekend, but seven points is simply too much to lay in this road spot. Tennessee is coming off of a good win on Monday night and will be geared up for the big bad Patriots in an important home matchup. In addition, this is a revenge spot for the Titans who still have last season’s divisional round loss fresh in their minds. Tennessee typically performs best against their toughest opponents as we saw this season against Philadelphia. Another key point is the fact that Mike Vrabel, Tennessee head coach, is a former Bill Belichick disciple. This factors in if New England gets up multiple scores because Belichick will not want to embarrass his former staff member by running up the score. Look for a close and physical game in which the Patriots ultimately sneak out of Nashville with a field goal victory.

New quarterback. Hostile road environment. Two fewer days to prepare. These are the three biggest factors hindering the Demon Deacons this weekend as they take the bus up to Raleigh. Let’s keep this short and sweet — look for the Wolfpack to jump all over the inexperienced Jamie Newman and blowout the Deacs by more than three touchdowns on a forgettable Thursday night.

Off to the NBA we go for this week’s random pick. Although lines do not come out in the NBA until the night before, look for the Nuggets to be favored by three or four points. Yes, the Milwaukee Bucks are the hottest team in the league and Giannis Antetokounmpo is the early MVP favorite. The problem is the Bucks will be playing their fourth straight game on the road and their second game of a back-to-back. Denver, a strong home team, has been another surprise in October and into November led by Nikola Jokic’s improved defense. As long as the line stays under five, look for Milwaukee to be slowed by fatigue in the altitude of the Mile-High City.