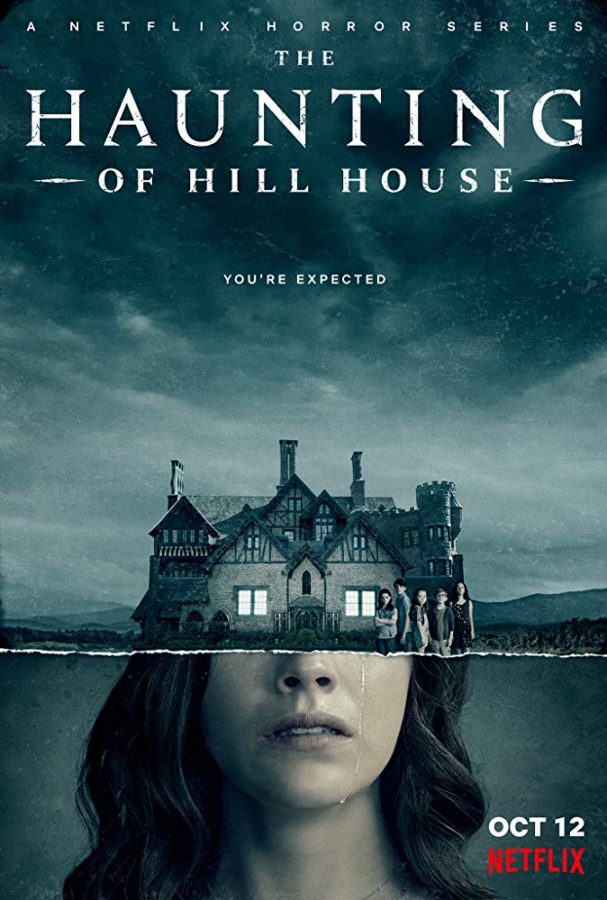 The Haunting of Hill House is a spooky, spectral and spectacular delight of a show. This Netflix original (produced, cowritten and directed by Mike Flanagan) is as much a family drama as it is a haunted house story: though scary, its real horror lies in the fractures of a deeply broken and troubled family.

The narrative of the series alternates between past and present. The first arc follows a much younger Craine family living in the Hill House. While the family is certainly subject to the malevolence of the Hill House, the house’s antics have not yet taken root in the minds of the victims.

After the show moves forward into the present, we begin to see the effects that tragedy can have on a family, and this is where the show really begins to thrive. The Craines are forced to cope with the death of a loved one, infidelity, addiction and years of separation. We see firsthand the strain that these difficulties inflect on familial relationships, and these dynamics are fascinating. Because of how deep and real the various Craines feel (they are each given their own episode in the ten-episode series to tell their story of what happened to them as kids in Hill House and where they are in the present), the series has a certain gravity not common in modern horror. The viewer comes to care about the characters as being more than just empty shells to deliver the next fright in the show.

Speaking of scares, this is a truly terrifying show. What makes the series remarkable in this capacity is the variety of methods that it uses to frighten the viewer: while there are traditional jump scares, the series also employs sharp soundtracks, realistic and petrifying ghosts, long build-ups and plenty of psychological tricks. These effects really help to skew the viewer’s perspective of reality; there is never really any certainty as to if the images on screen are real or imagined. As a result, the horror is amplified when cast into this doubt.

Despite its general excellence, the series does struggle at times to justify having ten hour-long episodes. It could have benefitted from tighter runtimes and less installments, as many episodes are bogged down with heavy monologues and dead space.

Without revealing any details, the ending also fails to resonate as it should. It marks a sharp deviation in tone from the rest of Hill House, and its brighter tone feels like a betrayal from the darkness that pervades the first nine chapters of the show.

If you are a fan of horror in any capacity, then The Haunting of Hill House is more than worth your time. In an era of reboots and gimmicky horror films, this show feels like a breath of fresh air. Its scares are not cheap, the characters are round and sympathetic and the attention to detail from the creators is outstanding. The show really fires on all cylinders and if you’re looking for a worthwhile binge of any sort of series, then look no further than The Haunting of Hill House.