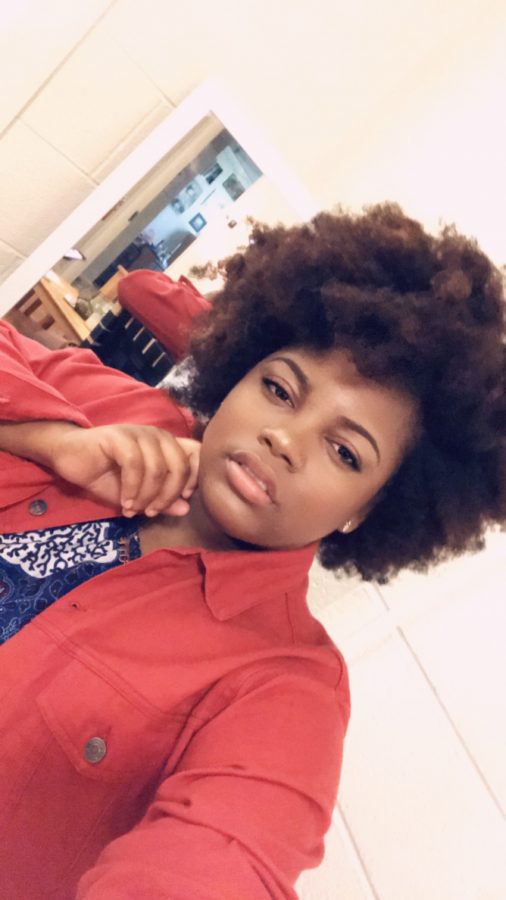 Briana Powell, a self-described black lesbian communist, knew she needed Hoe Talks before she knew what Hoe Talks was.

During freshman year, Powell first noticed the need on Wake Forest’s campus for an open space where people could discuss what healthy sexual relationships looked like and where people could be encouraged to embrace their sexuality and power.

Powell has spent the past four years on campus helping to educate her peers about sex. Now, as a Change Agent for the LGBTQ Center, she has started her own discussion group, Hoe Talks, finally creating the space she’s wanted for so long.

What is Hoe Talks?

Can you explain that more?

My program is mostly attended by black and brown women, queer people, people whose sexuality has been used against them by the government, by the state, and in knowing how it has been used against you and then flipping that rhetoric and then using the tools that you already have. Using sex as a tool for liberation is basically what Hoe Talks is.

How was Hoe Talks created?

Freshman year, my friends and I were talking about periods or something and some girl who lived on the hall came out and was like, “Why do I have a period?”

So I sat there and drew a diagram of the uterus and Fallopian tubes for her, and a lot of people came together and we all sat there and talked about this and I thought, “This could be a thing.” I became that person on my hall that if you wanted to talk about sex or had a question about it, they would be like, “Go talk to Bri.”

It was a very informal thing until my sophomore year, when I got the opportunity to go to Creating Change, which is a national LGBTQ conference. I went to a sexual liberation panel, and Change Agents are all required to do a project and I thought, well, I should do this. So I did.

Anywhere between five to 40 people. The biggest one I ever counted was 42 people. I give a short presentation outlining what we are talking about, like here’s the academic grounding and here’s how we move forward now knowing this information.

Why is there a need for Hoe Talks on this campus?

I’m going to be real, Wake Forest needs it more than a lot of other places. We’re an elite university full of a bunch of over-achievers coming together to all pretend we’re cool.

A lot of people now come to the university never having had a relationship or interacted with the opposite sex, never having done anything sexual in their lives, and also having not had a lot of sexual education based on where they are coming from.

You have a lot of people, especially young women, who have a lot of shame pathologized into them in ways that are horrible and that conflicts with the culture here. You’re not allowed to do certain things, you’re treated a certain way because you’re a woman and are seen as a sexual object and less as a person. It’s hard to reclaim your sexuality in that space because to be chaste can be powerful for some women, but here it means you’re lame, and to be sexual in any way means you’re a whore. There’s so much pressure to have sex but also not to have sex. For women it becomes this extraordinary double standard.

What new directions are you trying to take your group in order to address some of these issues?

Currently I’m building an exec board to take some of the labor off of me so we can do more things. I want to start doing other bigger, more impactful things with Hoe Talks especially in the Winston-Salem community. At Wake Forest, we’ve reached a lot of people, but we’re reaching the most privileged people in this area.

What types of impactful things do you hope to do?

I’ve been thinking about starting a high school program about empowerment and sexual health and body positivity and all that good stuff for young women just coming out of high school, so when they enter college they already have these tools.

It seems like having open dialogue about sex is really important to you. What would you change about the ways Wake Forest addresses sexual health?

My program isn’t necessarily about sexual health; we need other programs. People need to be running sexual health programs on this campus, specifically catering to these students, and it’s wild that we don’t.