Beer Goggles And Blackouts: The Science Behind Shots 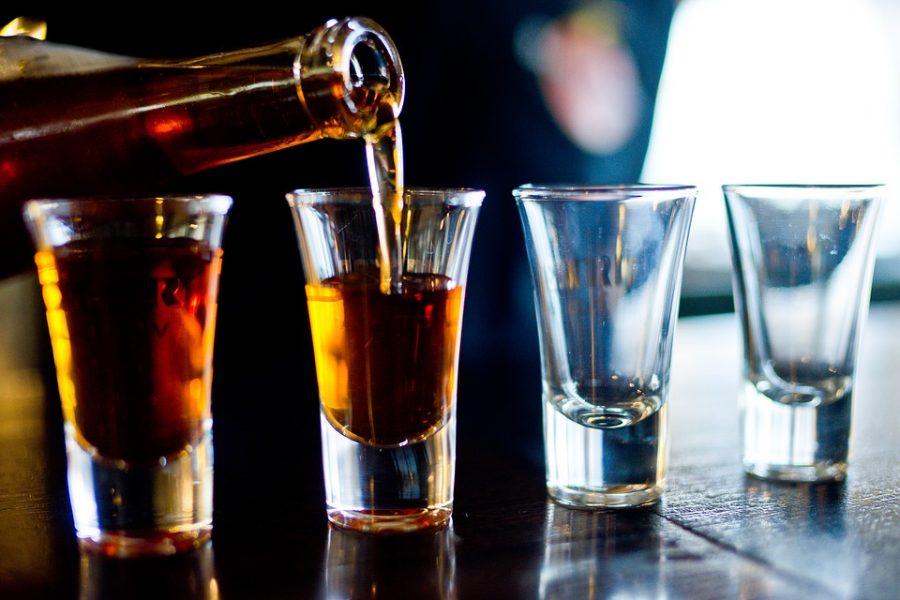 As Wake Forest quickly approaches the end of its regular football season, this also means the end of warm weather, the beginning of all-night finals study sessions and the very last home tailgate. The last home tailgate may simply be a nostalgic and wholesome time for many of you, but for some, it will include the consumption of copious amounts of hard liquor during the unspoken tradition of “Senior Fifth.”

For those of you that don’t subscribe to the concept of “ignorance is bliss,” it might interest you to know what exactly this alcohol is doing to your body when you take that first shot of top-shelf liquor (or more likely a half-hearted sip of Aristocrat vodka).

The main ingredient of most liquors is ethanol, which is both water-soluble and fat-soluble. This means that when the ethanol travels to your stomach, it can be easily diffused into your bloodstream and pop on up to your brain. Some of the alcohol will be metabolized by your liver, but it has a hard time keeping up with the drinking rates of a lot of college students.

Once the ethanol hits the brain, that is when the real effects start kicking in. One of the very first reactions, and often most desired by drinkers, is a quick release of dopamine. Dopamine, also known as the “happiness chemical,” is a neurotransmitter that is typically released during an exciting or fun experience and causes feelings of euphoria. While dopamine is being released, the ethanol is simultaneously increasing the receptiveness of GABA, a chemical that decreases response times and may be the reason you just tripped over your own foot.

How drunk a person gets depends on many different factors: sex, age, size, genetics or even your mood. The more a person drinks, the more tolerance they build up against the effects of alcohol. This is the reason why two people can drink the same amount and one of those people could be in a coma while the other is still dancing to “Mr. Brightside.”

Although the way alcohol is expressed differs from person to person, drinking an entire fifth tends to have the same effects on pretty much anyone.

One of the best detectors of drunkenness levels is your Blood Alcohol Concentration (BAC), or the percent of ethanol in a person’s bloodstream. The legal limit of driving under the influence is 0.08 percent, but anything above 0.15 percent BAC is when a person typically “blacks out.”

The process of blacking out is when your brain literally does not have the capacity to make any new memories. Along with its other seemingly magical powers, ethanol reduces the effects of a neurotransmitter called glutamate.

Glutamate’s job is to keep you alert and to make new memories through signals sent between nerve cells in the NMDA receptors of your brain that allow glutamate to complete memory function. Contrary to popular belief, brain cells are not destroyed in this process, but they are too weakened to remember the reason why or how you woke up next to a Subway meatball marinara.

If you have ever been drunk, you might be familiar with the concept of “beer goggles,” which is a term used to describe when someone is sexually attracted to another person who would not otherwise be appealing to them without a little influence from the bottle.

In a study conducted in 2008 published in Perception, researchers tested the ability of subjects to detect symmetry under the influence of alcohol. Many believe that attractiveness is based on the symmetry of a person’s face and subjects in this study had a significantly difficult time determining symmetry, which could explain the phenomenon of this warped perception.

Biology does not only unlock the mystery of beer goggles, it can also explain why you pee every five minutes after drinking alcohol. Alcohol is a diuretic, which is any substance that increases the frequency of urination, so when it is processed by your kidneys it forces you to pee out much more than you can take in. Along with this increase in urine output from diuretics, ethanol decreases the production of vasopressin, a hormone that signals for your kidneys to reabsorb water. Without this signal, all I can say is that I hope you have a bathroom nearby.

For those of you preparing to drink a fifth this Saturday, you are probably also prepared for the inevitable hangover that will hit on Sunday morning.

After the excessive peeing and terrible dancing from the day before, your body is almost guaranteed to be dehydrated. This lack of sufficient water plus the acetaldehyde toxins leftover from your liver’s hard work in metabolizing, can leave you feeling like a shell of yourself.

The biggest favor you can do to prevent this debilitating feeling is to eat before you even start drinking and chug a bottle of water before bed.