NFL Week 10: Separating The Good From The Bad 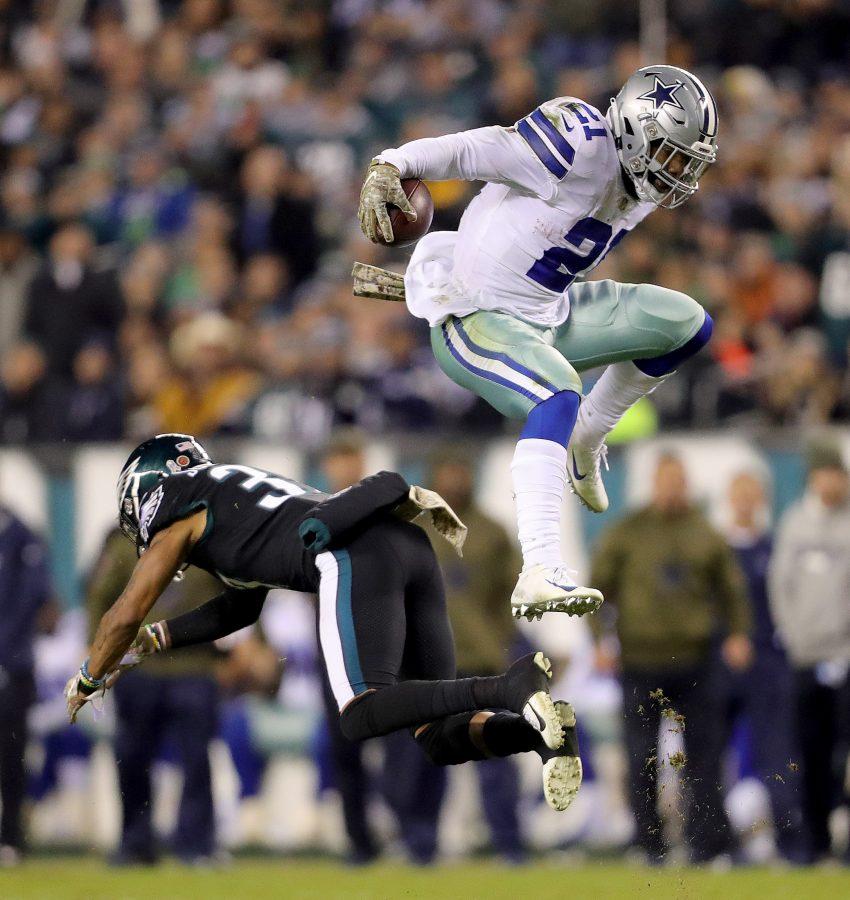 Tre Sullivan (left) misses a tackle as Ezekiel Elliott leaps over him during the second quarter.

Through 10 weeks, the good teams continue to separate themselves from the bad as the playoff race heats up for the top teams and numerous coaches’ seats for bottom-feeding teams seem to be getting warmer. In New York, the Jets’ Head Coach Todd Bowles end seems to all-but be a guarantee at this point, and now is a matter of when and not if he will be fired. In Baltimore, Head Coach John Harbaugh appears to be on the way out as well after CBS Sports reported that he and the Ravens have agreed to a mutual parting of ways at the season’s end. Harbaugh is the winningest coach in franchise history with a .590 winning percentage in 11 seasons, but with longtime General Manager Ozzie Newsome retiring at the end of the year, the Ravens seem prepared to enter a new rebuilding chapter without Harbaugh at the helm as Baltimore transitions from Joe Flacco to Lamar Jackson at quarterback. With that said, here’s a recap of what you may have missed this past weekend in the NFL.

This Thursday night matchup was supposed to be one of the biggest games of the week pitting two of the NFC and AFC’s best against each other. The Steelers, however, had different plans. Pittsburgh jumped out to an early 21-0 lead in the first quarter and never looked back. Big Ben Roethlisberger had his best game of the season throwing for 328 yards on 22/25 passing for five touchdown passes to five different receivers. The Steelers simply dominated the Panthers in every facet of the game Thursday night and Carolina never stood a chance. At 6-3 the Panthers are still very much in the thick of the NFC playoff race, but will have to right the ship following this 31-point blowout loss to the Steelers this coming week in Detroit. The Steelers, meanwhile, have won five in a row and are in the driver’s seat in the AFC North with both the Bengals and Ravens reeling behind them.

In what was probably the most shocking result of the weekend, the Titans absolutely dismantled Tom Brady and the Patriots in Nashville on Sunday afternoon. For the first time all season, the 41-year-old Brady truly looked 41. Brady was 21/41 passing and threw at least eight dumbfounding passes. The Pats’ lack of elite offensive playmakers without Rob Gronkowski is really beginning to show, and without Gronk moving forward it is tough to foresee the Patriots being able to compete with the AFC’s other top teams (the Chiefs, Steelers and Chargers).

The Titans played phenomenal defense all game, consistently putting pressure on Brady and flushing him out of the pocket, and their offense was able to move the ball well enough to put up 34 on the Patriots and cruise to a 34-10 win to keep Tennessee alive in the AFC South and wild card races.

The Sunday night divisional matchup between these two rivals got off to a slow start in the first half, but turned into a very exciting game down the stretch. The Eagles’ secondary was completely ravaged in the second half which allowed the Cowboys to do almost anything they wanted offensively. Over the course of the game, Ezekiel Elliott was able to run at will, rushing 19 times for 151 yards and a touchdown to go along with another touchdown through the air — both of which came in the fourth quarter. Philadelphia did almost mount a late comeback, though, and had a chance to tie the game in the final minutes of the game trailing by seven. The Eagles were unable to convert though and wound falling to the Cowboys at home to fall to 4-5 overall on the season. The reigning Super Bowl champions are struggling mightily thus far this season and will need to “take a look in the mirror,” as Head Coach Doug Pederson said, if they want a shot to defend their championship.

The two night games this upcoming weekend are shaping up to be two pivotal matchups as the Bears and Vikings face off in Chicago on Sunday night in a battle for NFC North supremacy while the Chiefs and Rams square off in Los Angeles in a clash for the first team to 10 wins.