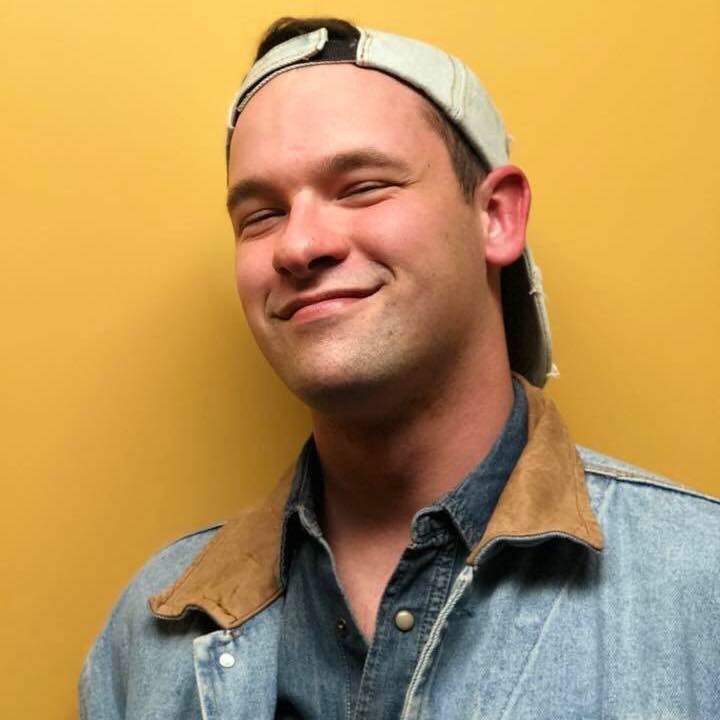 In his four years at Wake Forest, Browning has come into great responsibility in the theater department — a substantial jump from his small-town aspirations of someday being a part of something greater than performing Shakespeare in English class.

Justin’s story is not unlike that of many students at Wake Forest. A liberal arts education gives students the room to explore different areas of interest and learn outside of the box — an opportunity they may not have had prior.

Tell me about the Anthony Aston Players.

AAP is the student theater service organization — I’m the vice president. As a group, we do all of our community service particularly for the theater as well as a few things for the community. We have 53 active members and this year we had a huge wave of freshmen come in. We found out today we’re one of the largest non-Greek student groups on campus.

How come we don’t know much about AAP?

We don’t advertise much … and we don’t have any lukewarm members. No one just comes to show up. AAP kind of fell into my lap after meeting people involved. I didn’t do any work in the theater before I came to college. My high school tried to start a Drama Club and it was only three people — then two graduated and it was only me, so we couldn’t do it.

What changed when you got to Wake Forest?

I met people — upperclassmen who were already involved. I started going to the meetings and then my first semester I was assistant stage manager for Laugh Tracks, our comedy show, and then the next semester I was the full Production Manager and I will have that role until I graduate in May. The theater department is reasonably small here, so it’s easy to get really involved. The good thing about a liberal arts school is that you don’t have to do just theater – I do archaeology and theater.

You mentioned service — what’s that have to do with theater?

We do Hit the Bricks and Project Pumpkin through the school, but through the Theater Department we have the class Theater Education where we go to a local school to teach theater and how to incorporate theater into classes. They even teach a math class. Essentially, we start at elementary and middle schools with the hopes of keeping theater in their schools because funding is being cut — especially the arts.

Would those kinds of programs have helped you?

Yes — I really wish I had more experience with the arts before coming to school. I think I would have studied it here, too. I was hesitant to study theater because I was afraid of not getting a job after graduation, but now I’m a senior and wish I had done it all differently.

I really like stage management. We write cues to make lights amd sounds change. The designers construct those and we’ll write it in the script. During the show, I’m calling cues — telling actors when to go on stage, telling board operators when to turn things on.

During the start of the show, I’m looking at everyone’s schedules to figure out times to rehearse. I’m in charge of the keys and our spaces.

I talk to directors and administrators to coordinate everything. Being a stage manager helps you keep your sh*t together — it’s your job if anything goes wrong.

Well, what happens when something goes wrong?

Three seconds of panic, and then it’s problem-solving. For Laugh Tracks my sophomore year, someone actually tore their ACL on stage. I don’t know how or why it happened, but we had to stop the show and call EMS and the second she was out I had to make cues and continue with the show.

What’s your plan after May?

My dream job is to be a producer. I love being on top of everything. It’s just very hard to get into. As a producer, I would be able to pick the sound designers, light designers, stage director, and pick the shows. So I would be fully in charge.

I love being in charge.

You seem pretty Type A. How have you found being so structured is in a field that’s creative by nature?

I feel like I’m a creative person, but I don’t know how to express it well. Every time I try to do something I want it to be perfect the first time I do it, which is not how the arts work. Working in the theater hasn’t necessarily taught me to be creative but to think outside the box.

Now that it’s been four years, what would you tell someone who’s interested in pursuing something new, like you have?

Meet people. Get involved. You’ve wanted to do this your entire life and never had the opportunity. Now you’re surrounded by opportunity — why don’t you f*cking do it! And don’t be scared.

So, don’t be scared?

Don’t be scared. That’s the point of college in general. You can’t be afraid. You can’t be hesitant. You have to be willing to break out of your comfort zone to get where you want to be. You can’t wait for cues your entire life.