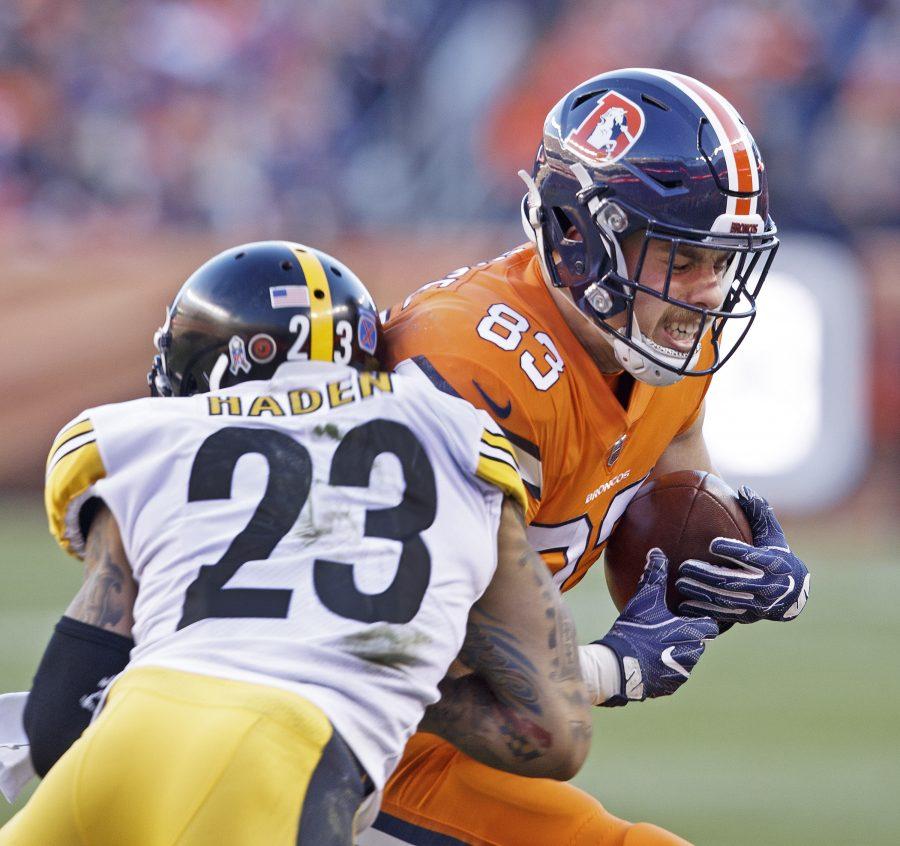 With a number of the league’s top teams, including the Rams and Chiefs, on bye this past weekend and very few marquee matchups, many projected this as a boring NFL weekend, but it turned out to be anything but that. With a number of games between teams looking to keep their playoff hopes alive, it provided for plenty of late-game drama. In this week’s recap, I will focus on the late-game heroics of Russell Wilson and the Seahawks in Carolina against the Panthers, the amazing comeback led by Andrew Luck and the Colts against the Dolphins, and the shocking upset of the newly-reeling Broncos over the Steelers in Denver.

After going back and forth throughout the game, the Seahawks trailed the Panthers 27-20 late in the fourth quarter. After getting a drive to stall around at the Panthers’ 35-yard-line, the Panthers had forced Seattle into a 4th-and-three situation they had to convert if they hoped to prolong the game. Russell Wilson opted to gamble after being unable to find anything open underneath and lofted one high toward the end zone where he found a streaking David Moore for an unbelievable one-handed touchdown catch which knotted the game at 27. After forcing Carolina to punt on their ensuing drive, Wilson and company had an opportunity to steal the game in regulation, which is exactly what they did. On a somewhat broken play, Wilson was able to buy some extra time and find an open Tyler Lockett for a massive 43-yard gain to set up a game-winning 31-yard field goal by Sebastian Janikowski as time expired. Wilson continued to build up his resume of late game heroics with this miraculous road win over the all-of-a-sudden struggling Panthers who now sit on the outside looking in of the NFC playoff picture behind Seattle and the Vikings for the Wild Card spots. Despite Christian McCaffery’s remarkable game in which he had 237 all-purpose yards and two touchdowns, the Panthers still wound up losing their third straight to fall to 6-5.

After falling behind 24-17 at home to the reeling Dolphins, Andrew Luck and the red-hot Colts needed some late-game magic to salvage a much-needed win to keep them in the thick of the AFC Wild Card picture, which is exactly what they got. With a little over four minutes remaining, Luck completed a game-tying drive by hitting his tight end Eric Ebron for his second touchdown of the game (his 11th of the season on just 44 total receptions). After forcing the Dolphins to punt on their ensuing drive, Luck and the Colts had plenty of time to march down the field, which was just what they were able to do thanks to a massive third down pass to Chester Rodgers that got the Colts deep into Miami territory. The pass to Rodgers set up Adam Vinatieri’s eventual game-winning 32-yard field goal as time expired. This game also was Luck’s eighth consecutive game with three or more touchdown passes, making him the first quarterback to do so since Tom Brady in 2007.

After an inauspicious start to their season, the Broncos have defeated two the AFC’s top teams on the road in consecutive weeks — the Chargers and Steelers — and have themselves playing their best football and in the thick of the Wild Card race at 5-6. Case Keenum did exactly what he was brought into Denver to do, manage games and not make mistakes, and he threw for 197 yards and two touchdowns to supplement their dominant rushing attack led by rookie running back Philip Lindsay who had 110 rushing yards and a touchdown on just 14 carries. The Broncos had zero turnovers in the game, meanwhile they forced four by the Steelers, including a game-ending interception of Ben Roethlisberger at the goal line. On third and goal from Denver’s two-yard-line trailing 24-17, Big Ben dropped back to pass and tried to find Antonio Brown in the end zone for a game-tying touchdown but threw his pass right into the defensive line where it was picked off to seal a Denver Victory. At 7-3-1, the Steelers are still in control of the AFC North, but a turnover laden performance like this one must make them nervous moving forward toward the end of the season. Meanwhile, Denver is one of the league’s hottest teams and have one of the easiest remaining schedules in the AFC as they make a push for a surprise playoff run.