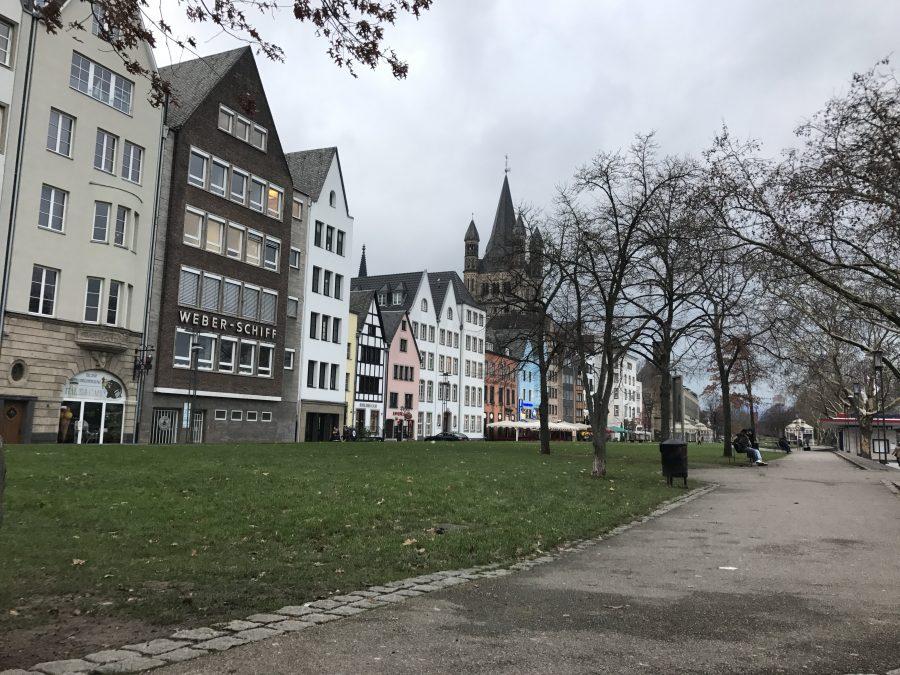 For some college students, studying abroad for a semester is a given. It is an assumed experience that many young adults will take at some point during their college career. Whether their destination is London, Barcelona, or Sydney, college students everywhere go abroad to travel to a new country, experience a different culture and meet new people everywhere.

At Wake Forest, this dream of going abroad seems to come true for an overwhelming number of students. According to the the Institute of International Education (IIE), Wake Forest now ranks third among doctoral U.S. colleges and universities in the percentage of students studying abroad. An estimate of about 73.5 percent of undergraduate students participate in abroad programs at some point during their college career at Wake Forest.

In the Center for Global Programs and Studies at Wake Forest, this number is seen as a success. However, according to Jessica Francis, the director of Global Abroad Programs, it is less about the percentage and more about the actual number of individuals who are able to take time and go abroad.

“What was most exciting to me was the percentage jump, that we went from 63 percent to 73 percent,” said Francis. “It just means that more students are able to have these experiences, and that’s what matters to me.”

“This is something that the university has prioritized for a while, which I think is important,” said Francis. “We’re able to include so many faculty and staff into what we’re doing. Faculty are leading these programs, taking students abroad, they’re funding for research opportunities, course development.”

Students also feel supported by the community in their decision to go abroad.

“Wake Forest was so helpful in preparation for going abroad,” said junior Blair Huntley, who is currently abroad in Melbourne, Australia.

Although Huntley did not go abroad with a Wake Forest program, she said she still felt supported to choose a program that was the fit best for her and that she was excited about.

“This program in Melbourne really just fit my schedule. I’m in the business school and I wasn’t sure how easy it would be for me to go abroad, but Wake Forest really supported me to go abroad and have a successful experience,” said Huntley.

Another student at Wake Forest, senior Grace Newman, who studied abroad in Vienna, Austria, was on the fence about studying abroad at the beginning of her career at Wake Forest. But ultimately she decided to go because of how prevalent study abroad is at Wake Forest.

“I knew a lot of people who were going abroad,” said Newman. “It was always something that was mentioned around campus.”

Even though going abroad was not always something she was certain she would do, Newman said she would highly recommend taking the opportunity if you can, as it can open so many other opportunities.

“I went to Vienna, but I was able to go to Budapest, Prague, and all these other cities I had never been to before,” she said.

There are even students who get to go to cities in China, such as Shanghai, for a completely unique experience that is different from the typical European destinations. For instance, junior Frank Bragg participated in a summer program in Shanghai. According to Bragg, the Center for Global Programs and Studies Office was particularly helpful in his preparation and transition to go abroad.

“They told me not many people are interested in studying abroad for so long in such a different city, but the advisors I met with just seemed so excited, and even insistent, in getting me there,” said Bragg.

This “excited” and “insistent” feeling from the advisors that Bragg described is echoed through Francis’ claim that Wake Forest is a school where the question about study abroad is more along the lines of, “where are you going abroad?” instead of “are you going abroad?”

“Wake Forest has a true commitment to a global experience,” said Francis. “In the life-blood of this university is a look toward being a global citizen. In 2018, that is really important. You can’t function today without being aware of who you are in this world and what that means. ”

In the end, Francis explained that the purpose of study abroad is that students exit the school with not only a degree, but as leaders, critical thinkers and empathetic humans.

“To be all of those things, you can’t be in a frame of mind that there is only one city you live in and function,” she said. “Everything needs to be looked at from a global perspective.”