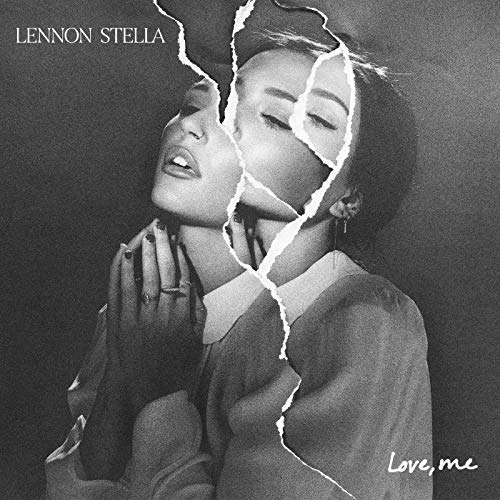 Normally I wouldn’t say that an artist has cornered the market on heartbreak. The subject of songs since the dawn of time, it is hard to find new music that doesn’t repeat the typical tropes of the broken-hearted musician. However, new up-and-coming artist Lennon Stella has reached into the depths of my soul and put expression into feelings I didn’t know I had.

You might know Lennon from her YouTube days, singing with her younger sister Maisy. Or you might know the sisters from their roles as Maddie and Daphne Conrad on CMT’s Nashville. Upon the ending of the show, Lennon signed a record deal and started producing music. She collaborated with former One Direction member Liam Payne, and DJ Jonas Blue on the song “Polaroid.” Over the past three months she has slowly released snippets of her songs on her Instagram, until her followers demanded the whole EP be released.

The masterpiece that is Love, me is only comprised of five songs. One wouldn’t think that they could feel such a wide range of emotions in just 16 minutes worth of music, but with a balanced group of both sweet acoustic vocals and a few synth-pop power ballads, I found I had traveled the length of my emotional range.

She starts with “Bad,” the pop anthem that was released in short clips on her Instagram, which had her fans doing short covers and metaphorically (‘dying’) in anticipation of the release. Most of her songs romanticize the heartbreak she describes within them and “Bad” is no exception; it’s about wishing that a former lover (who had cheated on her) had treated her badly, lessening the pain of their betrayal.

The next two songs are poems set to music, with solid beats and eerily comforting vocals. “Breakaway” covers the feeling of needing to break away from a relationship that is “falling apart.” It’s clear that Stella’s skill is seeming to capture the intimate moments of a relationship and the feelings that come with betrayal, guilt and anger. She places delicate emphasis on each word, as if she wants to make sure the audience can feel her attention to each syllable.

In each song on the EP she addresses an unidentified “you,” presumably the poor unfortunate soul that broke her heart. She sings about regret and loss, but turns what was pain into powerful songs. Her messages are simple but are packed behind the punch of her musicality. She sings about knowing better, and regretting her naivité. About doing your best when things start to fall apart. About refusing to be disrespected. About knowing when to hold your tongue. About protecting yourself from … yourself.

In all honesty I listen to this small cache of songs on repeat until I physically and emotionally can’t distinguish one song from the next. I would like to drown in her music. Luckily, Lennon announced her first tour, which will start in 2019. Impressively she is headlining the tour herself. You better believe I already bought my ticket. Get yours at www.lennonstella.com/tour/ because there’s no such thing as regret, unless of course Lennon is singing about it.