Smurfs Or Science? Here’s Why The Sky Is Blue 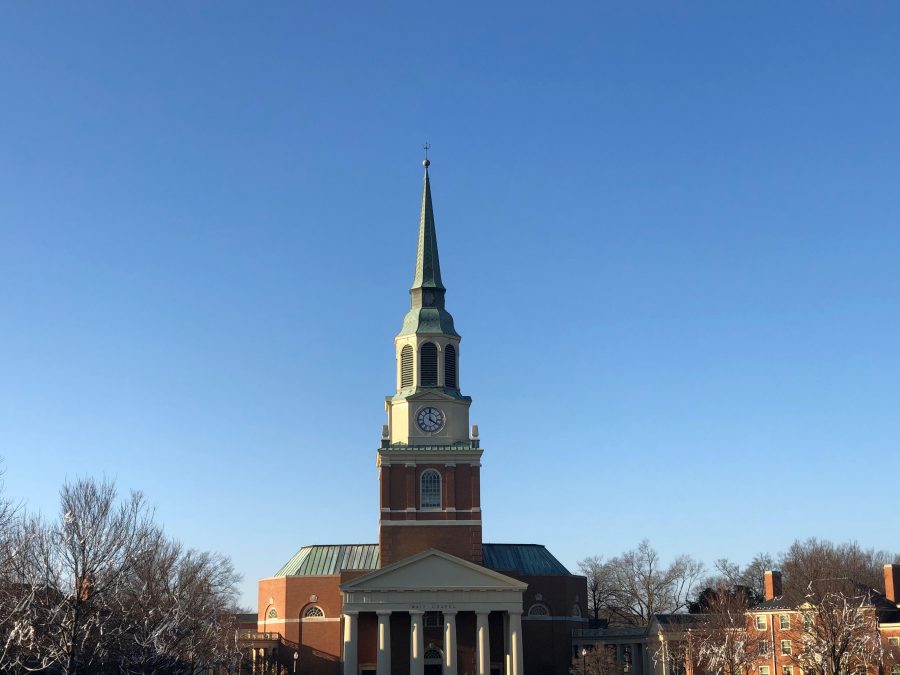 On the first day of my cell biology class, my professor posed a frivolous question: “Why is the sky blue?” The joking answer she gave — “Smurfs are in the sky!” — was part of her anecdote about proper research methods, but it dawned on me that I actually did not know why the sky is blue. So, in a tribute to proper scientific research, inspired by Dr. Arnett, here is what I discovered:

The gases and particles in the air scatter the sunlight, which results in a blue hue.

The slightly longer answer, however, relates to the work of someone considered a founding father of climate change: John Tyndall. In 1859, Tyndall discovered that the shorter wavelengths that underly colors such as violet or blue are scattered by particles more strongly than longer wavelengths, such as those for colors like red. This is technically called the “Tyndall effect,” but is more commonly known to physicists as Rayleigh scattering, which relates to the visible light spectrum, the portion of the electromagnetic spectrum that is visible to the human eye. When sunlight, called white light, shines through water droplets or glass prisms, the white light separates into the colors of the visual light spectrum.

So, why is the sky blue to us? Well, our eyes have a type of cell called cones that are predominantly sensitive to three colors: red, green and blue. As described by the Tyndall effect, shorter wavelengths are scattered more than longer ones, which means that the scattering that occurs in the sky by the wavelength for blue light is transduced from light energy into electrical energy by cone cells (and then transmitted to the brain via the optic nerve) more so than the wavelength for red light.

But wait, violet has a shorter wavelength than blue. Explain that!

Good point! On the visible light spectrum violet is the shortest wavelength. However, more of the sunlight entering the atmosphere is blue than violet because the spectrum of light emission from the sun is not constant at all wavelengths.

This, combined with the fact that our eyes are more sensitive to blue than violet light (recall that we have cone cells that respond specifically to blue), makes the sky appear blue.

The sky isn’t a constant shade of blue, though. Explain that!

Again, good point! This is because the blue light in the sky can be re-scattered. So, as sunlight travels even farther (i.e. towards the horizon), there is a cancellation effect, called destructive interference, of blue light, which is why we start to see more of the white-colored, sometimes pale yellow-colored light.

Why is a sunset a variety of colors?

Thinking back to the destructive interference, we know that the blue light effectively gets filtered out as the sunlight travels further towards the horizon. The type of colors can vary with the size of the scattering particles, too. So, the normal sky, composed mainly of nitrogen and oxygen particles, scatters blue light most effectively; the sky over the sea, on the other hand, has salt particles in the air that, along with dust, pollution or other aerosols, further scatter blue light, which allows more red and yellow light to pass through the atmosphere.

Bonus: Why is the sky on Mars red?

It’s believed the red, iron-rich particles thrown up in dust storms on Mars’s surface contribute to the red color of Mars’ sky. This means that its sky’s color is somewhat dependent on the weather conditions; it will be bluer when there haven’t been recent storms, though a darker blue than Earth’s sky because Mars has a thinner atmosphere.