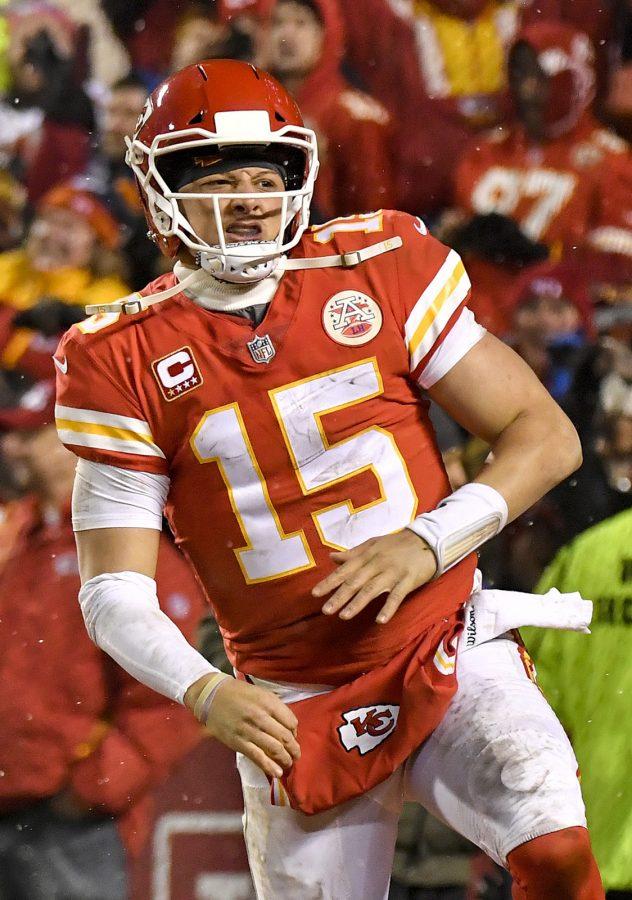 We return from winter break to just four remaining teams contending for the Super Bowl. Even as the playoffs have featured plenty of drama and exciting games, the top four seeds in the playoffs and unquestionably the four best teams throughout the season are the ones remaining. In the AFC, the Patriots will face the Chiefs in Kansas City and the Rams will take on the Saints in New Orleans for NFC supremacy. Both games are rematches of two of the most memorable games all season. In week six, New England handed Kansas City its first loss of the season in an epic 43-40 game and the Saints also gave the Rams their first loss of the season on Sunday Night Football, knocking them off 45-35 thanks to a game-sealing touchdown pass to Michael Thomas. There is undoubtedly plenty to look forward to in the upcoming championship games, but let’s take a look at how these four teams got here with each of their divisional round wins.

The first game of divisional weekend was hardly ever a game at all. Kansas City jumped out to a large early lead and never looked back. The Chiefs’ high-flying offense was dominant as usual, thanks to the efficiency of the likely MVP Patrick Mahomes and running back Damien Williams who rushed for 129 yards and a touchdown on 5.16 YPC. The big story of the game for the Chiefs, though, was its defense, which had perhaps its best game of the season. The Colts only touchdown in the 31-13 loss came on a blocked punt that they recovered in the end zone. Their offense, however, was unable to make anything happen and could only muster three field goals. After this dominant win, the Chiefs look on toward a rematch at home with New England.

The story of this game was the Rams’ dominant run game. It was not just Todd Gurley, however, as CJ Anderson actually led the way for LA with 123 rushing yards and two touchdowns to go along with Gurley’s 115 and another touchdown. Just a week after the Cowboys smothered the Seahawks rushing attack much like they had to teams all season, they got gashed by the Rams to a tune of 273 total rushing yards. Any time it appeared the Cowboys would claw themselves back into the game, the Rams offense had an answer and eventually sealed the game on a Jared Goff bootleg run for a first down in the final minutes. The young Rams will look to avenge their loss to the Saints in this weekend’s NFC Championship game.

Even though the 41-28 final score appeared close, this was a dominant effort by the Patriots in a game that was never close after the Chargers tied it 7-7 early in the first quarter. By halftime, Tom Brady and the Patriots were up 35-7 and the Chargers never stood a chance. After smothering the Ravens defensively a week prior, the Chargers opted to challenge Brady with zone defense, and New England capitalized on this poor strategy. The Patriots offensive attack was balanced all game, led by Brady, Julian Edelman who had 151 receiving yards, and James White who had 15 catches out of the backfield.

In a divisional weekend with few close games, this was probably the most interesting game. The reigning champs got out to an early 14-0 lead set up by opportunistic defense and great offense led by Nick Foles. Drew Brees and the Saints would not go down lightly though, as they climbed back and cut the deficit to 14-10 at the half. They then started the second half with the longest touchdown drive in playoff history — 11 minutes and 29 seconds —that culminated in a two-yard touchdown pass to Michael Thomas. After a field goal put the Saints up 20-14 with 10 minutes remaining in the game, the Eagles tried to make a comeback. In the final minutes, the Eagles got deep into Saints territory and Nick Foles appeared to be working his playoff magic, but it all came to a halt when a perfect Foles pass went straight through Alshon Jeffrey’s hands at the New Orleans 19 and was intercepted by Marshon Lattimore to seal the game. The Saints will have another home game to earn their first trip back to the Super Bowl since winning in 2009-2010.