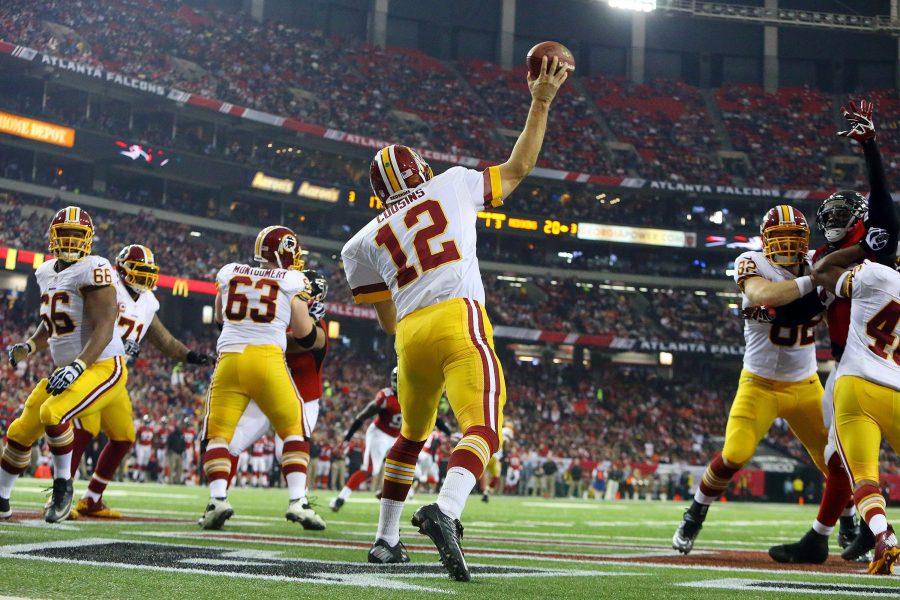 Former Dallas Cowboy Dwayne Harris gave the Giants the ultimate edge in Sunday’s competition with an impressive 100 yard kickoff return in the fourth quarter shortly after Dallas tied it up.
This marks the fourth straight game that Dallas has lost following the injuries of Romo and Bryant they can’t seem to get back on track. Despite the loss, Darren McFadden provided an offensive surge with 152 yards and a touchdown on 29 carries.
He took the place of starting running back Joseph Randle who left early with a back injury.
On the winning side, Eli Manning threw for 170 yards as the Giants relied on the stellar performances of their special teams and defense in the win.
The Giants, who are now 4-3 sit atop of the NFC East while the injured Cowboys fall to (2-4) on the season.

With the help of Kirk Cousins and his three touchdown passes in the second half, the Redskins slid past the visiting Buccaneers, who led 24-0 at one point in the second quarter. With 33 completions for 317 yards, Cousins put the Skins on the board first with an eight-yard touchdown run and threw his third, a go-ahead touchdown, with 24 seconds left in the game, capping off a great performance.
Jordan Reed caught two of his touchdowns, including the game winner and had 72 yards overall. Jameis Winston, quarterback for the Buccaneers, threw for 297 yards with two touchdowns and Doug Martin ran for 136 yards on 19 carries, but their individual performances were not enough to lift Tampa Bay over the Redskins. With the largest comeback in franchise history, the Washington Redskins improved to 3-4 while Tampa Bay fell to 2-4 on the season.

The Dolphins have seemed to get their act together and remain in the early playoff hunt following a pair of blowout wins since the firing of their head coach Joe Philbin on Oct. 5.
The Dolphins had a dominant performance on Sunday, putting up 44 points against the Texans, who came back in the second half with 26 points. The Dolphins, who led 41-0 at the half, had four offensive plays of 50 yards or more as their quarterback Ryan Tannehill threw for a total of 282 yards with four touchdowns.

Lamar Miller also contributed to the offensive rout with 175 yards rushing and a touchdown. Bryan Hoyer, quarterback for the Texans, contributed 273 yards with three touchdowns in the second half of the game but could not dig the team out of the deficit they faced.
The Texans who are now 2-5, fired Ryan Mallett, their first string quarterback, after missing the team flight to Miami. The Dolphins, in a competitive AFC East, improved to 3-3 on the season.