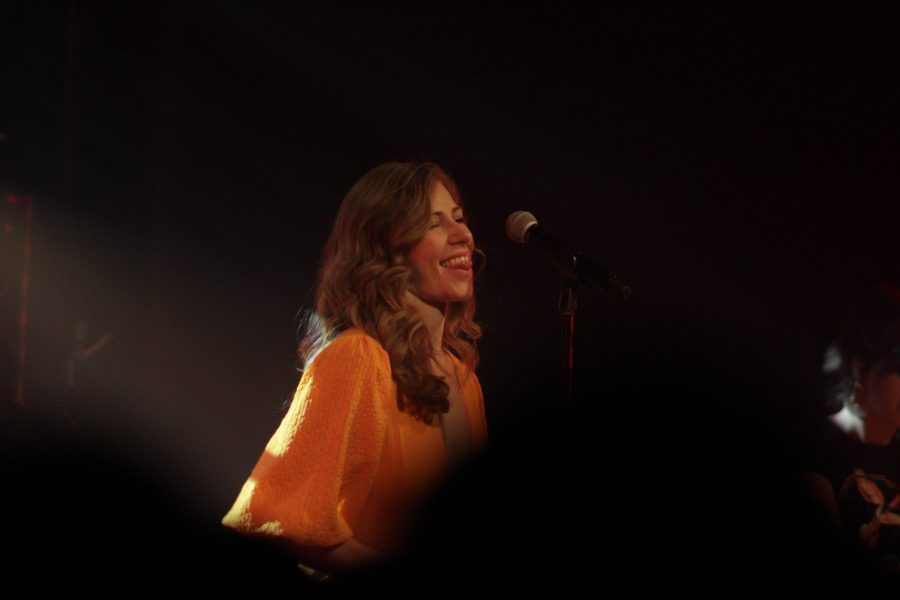 Over the speaker, a countdown of “5, 4, 3, 2, 1” accelerates the clapping of a crowded venue. Spinning lights rotate around the room and illuminate the five-piece band of Lake Street Dive (LSD) as they walk across the stage of The Orange Peel in Asheville, NC. The historic building, which once showcased soul, R&B and jazz acts throughout the ‘60s and ‘70s, was an apt venue for the Motown-inspired band from Boston.

Assembling under the spotlights, Rachael Price, Bridget Kearney, Mike “McDuck” Olsen, Mike Calabrese and Akie Bermiss commanded a sold-out crowd from the first note off their new record Free Yourself Up, causing the jam-packed room, and myself, to shift and sway, effectively setting the tone for the impending party — a feat that isn’t usually accomplished so easily on a Tuesday night.

In my first time seeing the band, and after having only really listened to their record in the recent weeks, the performance that came next sufficiently floored me. LSD opened with “You Are Free,” off their most recent LP and between singing and stepping back to boogie, lead vocalist Price — in her 70s-inspired orange wrap dress and loose curls — was a beacon of joy, delivering the prodding lyrics “free yourself up to love me / just love me like a good man / free yourself up to love me / if you can.” With hands moving from her hips to above her head and back down again, her evocation demanded my attention and adoration. By the third track, “Red Light Kisses,” Price’s infectious smile and dance moves set the precedent for attendees as she urged them to sing and dance along for the rest of the night.

The disco slowed down halfway through the set as opener Mikaela Davis reappeared on stage to accompany Price’s voice on her harp in a somber but hopeful rendition of “Hang On” followed by “I Can Change” — prompting the couples in the room to hug each other a little tighter and the singles to ruminate a bit more on what went wrong. Nevertheless, my spirit and the crowd’s involvement crescendoed shortly after with (my personal favorite) “17” off the band’s first album, and with the conclusion of the regular set in, “Good Kisser.” By this time, even the quietest in the crowd partook in yelling, “If you’re gonna tell them everything / tell ‘em I’m a good kisser” as a sort of finale to the catharsis of the unlucky-in-love -centered setlist.

In my opinion, the most impressive part of LSD’s performance was the shared spotlight between band members. Turns were taken between Olsen’s trumpet, Bermiss’ keyboard, Calabrese’s drum and Kearney’s upright bass solos. Vocals, while lead by Price, shifted between band members, and certainly the sentiment of each lyric was devised by the collective. In an encore performance, the band gathered around the microphone to sing “Strangers” before taking a final, unified bow. Given the spectacular showing of emotion and talent, by the conclusion of the night I felt like I’d been through the entire course of a tumultuous relationship, but one that I was grateful for, and as I exited, all I knew was that Lake Street Dive helped me free myself up a little more than I could have ever expected.