Project Wake Opened To All Undergraduates 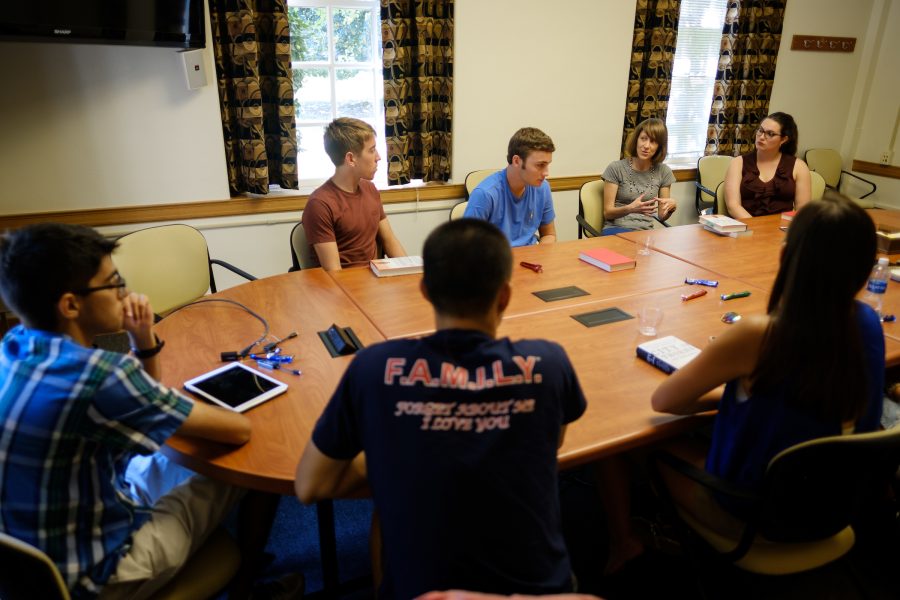 With the start of a new year and a new semester came a change to a recent tradition: Project Wake. Freshmen have been participating in Project Wake since 2015, when the idea was first put to practice, but only this past weekend did the program open up to the entire undergraduate population.

The tradition allows students to engage with faculty members, as well as other students, to discuss issues of social importance through a book of choice. Since its beginning, the goal for Project Wake has been to promote conversation on campus relevant to the rest of the world. Past themes include “Exploring Difference and Embracing Diversity” and “Citizenship” in 2016 in observation of the election year. In light of the many conversations revolving leadership and character already happening on campus, students participating in Project Wake this year engaged in conversations on character.

Until now, Project Wake had been offered as an orientation program for freshmen as part of New Deac Week.

“This year we had more than four-hundred students that attended and, in our assessment, the feedback was overwhelmingly positive,” said Wake Forest Fellow Matthew Connor. “People really enjoyed the opportunity and wanted to do it again.”

When Project Wake was selectively an orientation program, students were not able to participate in the event after their first semester on campus. Based on the positive feedback they were given, however, Connor and his colleagues made the decision to administer a second round of Project Wake, this time during second semester when the majority of students are back on campus. As a part of this change, it was further decided that the whole undergraduate population would be able to participate.

“One of the questions we consistently try to answer is, how do we build community?” said Connor. “We decided that this is a really good way to bring in diverse interests and diverse groups of people over something as simple as a book.”

Senior Caity Malisse, who participated in the event on Jan. 20, agreed with Connor that expanding the program would be a great addition to each semester’s experience.

“My group consisted of mostly upperclassmen, and I gained insight hearing about their own Wake Forest experiences and how the meaning that they put toward things in their life has changed,” said Malisse.

With the event held this past weekend, the groups consisted of a mixture of students across class years, fueling the conversations with diverse opinions and experiences.

“In my group, we had a student who did the Copenhagen program; she was acclimating to campus. We also had an upperclassman who had been here for several semesters and a first-year student who only had one semester on campus,” said Connor. “Across that, it was so interesting to get the vibrancy of what they brought to the group. We had even more richness and experience to build off of which led to very insightful conversations.”

The addition of a second Project Wake will not have an effect on the event that occurs during orientation week. It will continue to be a freshman tradition, as it is allows students the opportunity to connect to the campus from a different perspective. According to Connor, it further helps acclimate students to a seminar-style discussion, but with a low-stakes environment, no grading and no right or wrong answers.

At the same time, students will now have the opportunity to continue participating in Project Wake throughout their undergraduate careers. The expansion of the program allows for continued conversation and more student participation across campus. Connor said he and his colleagues are content with this year’s outcome but hope to continue working on the program and making it a valuable experience for students and faculty alike.

“The impact of something like Project Wake could be really extraordinary, and it’s certainly something I foresee will continue in the future,” said Connor.