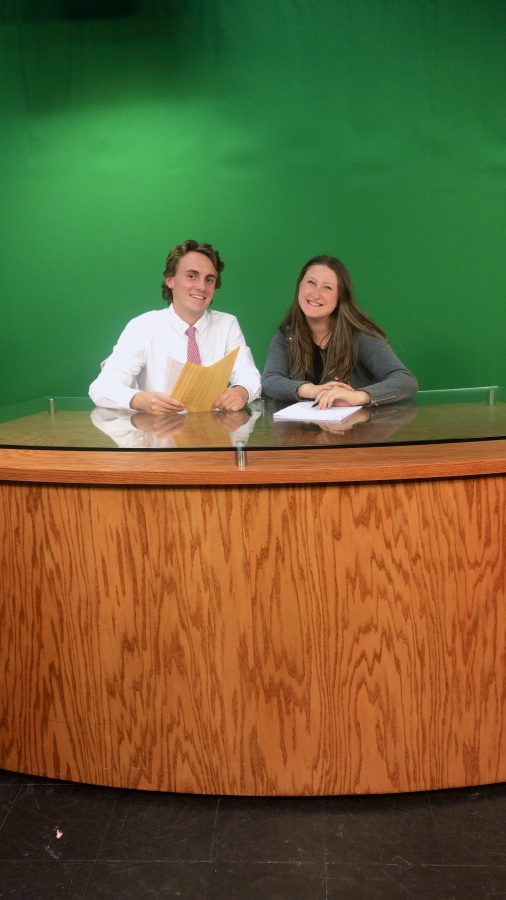 On the lower level of Carswell Hall, the members of Wake Studios gather each Sunday and Wednesday in the cozy studio room. Here, members brainstorm ideas for upcoming television programming and produce innovative formats of broadcast journalism before the backdrop of a green screen and among filming apparatuses like lights, cameras and Wake Forest’s very own red carpet. Wake Studios will soon present the new variety show, “The Wake Take,” which is a television program that will serve as an important source of news for the Wake Forest community.

Wake Studios is the student-run organization for broadcast journalism. Members engage in broadcast journalism through a variety of roles and positions, including those of editors, directors, anchors, camera operators and marketers. The first episode of “The Wake Take” was filmed on Wednesday, Jan. 23, and the premiere will be available for viewership on YouTube beginning on Monday, Jan. 28.

The premiere will symbolize the culmination of Wake Studios’ goal of creating a news source for campus. According to sophomore Elizabeth Maline, a news anchor for the upcoming show, the first test shoots for the show began in November after the idea was finally cemented.

Wake Studios Executive Maren Morris echoed this idea, stating that she hopes “The Wake Take” will become a valuable source of news for the Wake Forest community.

“[I hope] ‘The Wake Take’ [will be] able to take the news format and excitement you see on TVs and … bring it to a smaller environment,” Morris said.

To achieve the goal of providing news in an engaging way to a broad audience, the members of Wake Studios have attended weekly meetings and dedicated themselves to preparations for the show. This included writing scripts, reporting on news, producing segments, directing the cast, editing the video material and marketing the production.

Simplifying the wide variety of news categories into manageable segments, “The Wake Take” is divided into the categories of Wake, World News and Entertainment. Each section will have student anchors who will cover topics pertaining to political, collegiate, athletic and entertainment news stories in a way that engages and entertains the audience.

When Maline was asked about what she most anticipates about Wake Studios’ production of the upcoming variety show, she emphasized the importance of providing news to the Wake Forest community through the accessible and engaging medium of broadcast journalism.

“In an age where people are moving away from print journalism and [are] more focused on visuals, I think ‘The Wake Take’ will provide Wake Forest students with the news they want to hear, but in a more intriguing and accessible format,” she said. “Wake Studios in general is a group of incredibly motivated people who have goals and passions when it comes to the professional world, and as someone who has those same goals, it’s a pleasure to work with them … and I’m excited to see the work everyone is doing.”

To continue to provide a source of news for the Wake Forest community, members will meet weekly every Wednesday to film new material and every Sunday to review episodes and make any last-minute corrections. The final version of the episode will be uploaded to the YouTube channel, Wake Studios, every Monday.