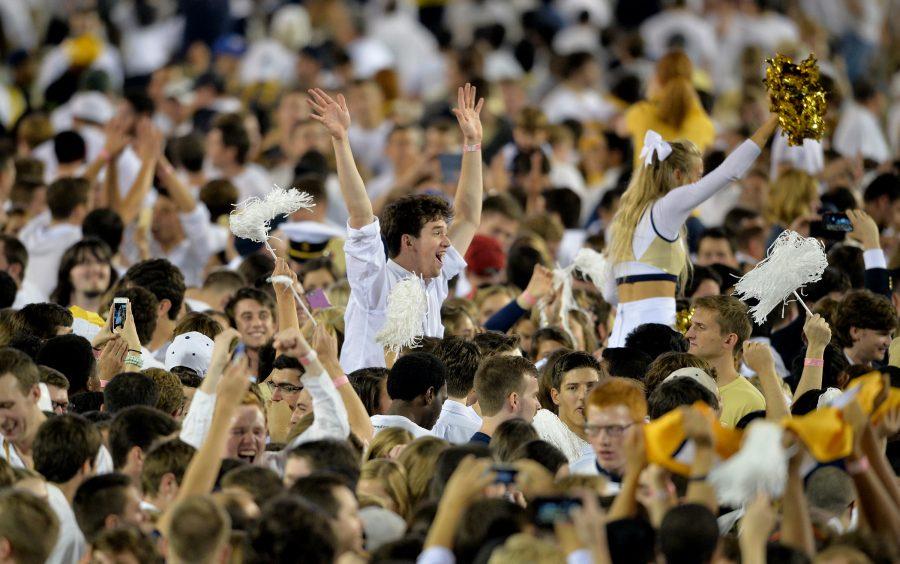 This past weekend, ACC conference play saw a myriad of games, ranging from blowouts to shocking upsets. The biggest games included Clemson at Miami, Florida State at Georgia Tech and Duke at Virginia Tech.

Clemson’s road trip to the Sunshine state this past weekend is one that will not be forgotten. The Tigers came out of the gates fast and never looked back. Dabo Swinney’s team jumped out to a 21-0 first quarter lead that put them in position to go into halftime with a 42-0 lead.

The Tigers had an unorthodox halftime as they stayed on the field during the break as coaches simply talked to the team, implying that adjustments may not be needed. Clemson ultimately went on to win 58-0 by dominating performances on both sides of the ball. Clemson’s rushing attack led the way as nine players rushed for a staggering 416 yards and six touchdowns.

The loss turned out to be the last game in Miami’s Al Golden head coaching career at Miami as he was fired on Sunday. Clemson prepares to take on NC State this weekend while Miami prepares for Duke, with uncertainty surrounding the coaching staff.

In one of the best finishes of the year, the Yellow Jackets of Georgia Tech shocked the Florida State Seminoles and the world this past Saturday night in Atlanta. The Ramblin’ Wreck was down 16-0 at the half, but ultimately pulled the game out in the final seconds after GT returned a blocked field goal to win the ballgame 22-16 as the clock struck zero. Georgia Tech was led by its triple option rushing attack, putting up a total of 261 yards and one touchdown. Florida State prepares to host Syracuse next week while Georgia Tech looks to travel to Charlottesville, Va., to take on the Virginia Cavaliers.

Duke travelled to Blacksburg, Va., this past weekend to take on the Virginia Tech Hokies in what ultimately turned into a quadruple overtime thriller. Both teams were tied up at 24 at the end of regulation so overtime ensued, and the overtimes just kept going. Duke barely edged out VT with a final score of 45-43. Duke put up a whopping 21 points after regulation was over. Duke was led by quarterback Thomas Sirk who threw for 270 yards and four touchdowns. Both offenses were firing on all cylinders as they both eclipsed more than 450 total yards. Next week, Duke takes on Miami as Virginia Tech travels to Chestnut Hill to take on Boston College.

Two big interdivisional ACC matchups to look forward to for this next week are North Carolina at Pittsburgh and Clemson at NC State.

North Carolina travels to Pittsburgh to take on the Panthers this Thursday night in a primetime matchup that is likely to decide who controls the ACC Coastal division. Both teams are undefeated in conference play.

UNC will rely heavily on its up-tempo offense led by quarterback Marquise Williams and running back Elijah Hood. Pittsburgh, which is without All-ACC back James Connor, will mostly lean on its stout defense to stop North Carolina’s electric offense. This game will come down to the wire, but I give North Carolina a very slight edge.

In a battle of Atlantic division foes, No. 3 Clemson travels to Raleigh to take on the NC State Wolfpack slated for Saturday at 3:30 in a nationally televised game. While NC State is coming off of only their first conference win of the year, they still sit nicely at 5-2 overall. Clemson is playing some of its best football in years and will make it extremely tough for the Wolfpack defense to stop them.

While this game may be close in the first quarter, look for Deshaun Watson and his Clemson Tigers to run away with this one with ease.