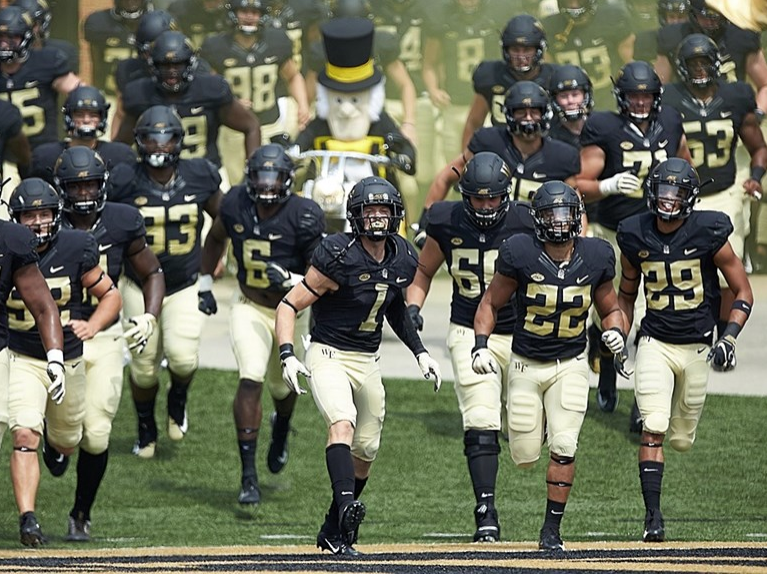 The ACC released the full schedule of the conference slate for the upcoming football season on Jan. 16, which finally completes the Demon Deacons football schedule for 2019. This creates the perfect opportunity to break down some of the upcoming match-ups for the Deacs.

In total, Wake Forest will play nine games against ACC teams, eight as part of their regular conference slate and one against UNC as part of a non-conference, three-game series agreed upon by the two schools in 2015. Here’s how the schedule looks after the ACC dates were announced:

The first thing that jumps out is the scheduling of a non-conference game between Wake Forest and UNC on a Thursday night. On top of the fact that this game will not count towards the ACC records of either team, the Deacs will have quite a short turnaround after traveling to Houston to play Rice the previous weekend.

Wake Forest will be playing at home against a UNC squad that has been on the bottom of the ACC for the past two years. However, the return of Mack Brown as the Tar Heels head coach and a lack of travel issues for North Carolina, with the team playing Miami and home the previous weekend, makes this game potentially troublesome for the Deacs.

Aside from the UNC game, Wake Forest should not have many problems with their non-conference schedule. The Utah State and Elon games will be played at home, and their only road game is against a Rice team that finished 2-11 overall last year. A 3-1 record coming out of the non-conference slate sounds very likely, with the possibility of a 4-0 record if the Deacs take care of business at home against UNC.

The beginning of the ACC schedule also looks somewhat favorable for the Deacs. Let’s remind ourselves that Wake Forest plays in one of the toughest divisions in college football, the ACC, so even a favorable slate includes tough match-ups such as Clemson, NC State and Florida State. With that being said, Wake Forest will have two bye weeks in 2019 and three home games in a row against Louisville, Florida State and NC State, sandwiched between two bye weeks.

This is as good of an ACC stretch as the Deacs could have hoped for. Wake Forest should be favored against Louisville and well-positioned for upsets against Florida State and NC State. The Demon Deacons haven’t beaten the Seminoles since 2011, when they defeated them 35-30 at home. With Wake Forest’s recent rise under Dave Clawson and Florida State being in the middle of a coaching transition, this might be the year that the Deacs finally end their losing streak against the Seminoles. This three-game stretch could make or break Wake Forest’s season.

If the beginning of the ACC schedule looks favorable, the final four games will be absolutely brutal for the Deacs. They will close out the regular season playing three out of their last four games on the road against Virginia Tech, Clemson and Syracuse. These three teams went a combined 31-9 in 2018, with Clemson handing Alabama its worst loss under Nick Saban in the CFP championship game. The outlier between the three is Virginia Tech, a team which barely made it to a bowl game last season.  However, the Hokies will probably recover from a down year in 2018 and are especially formidable at Lane Stadium. The Deacs could easily go 0-4 or 1-3 over their last four games, with the only game they shold enter as favorites being against Duke at home in week 13.

All in all, Wake Forest should be favored to get to at least six wins and go to their fourth-straight bowl game for the first time in school history. Anywhere between six to eight wins should be a realistic prediction for 2019, given the schedule and strength of this team. Deacon fans should be excited for 2019 and the team’s direction under Clawson. Stay tuned for a more detailed preview of their upcoming football season later this semester.