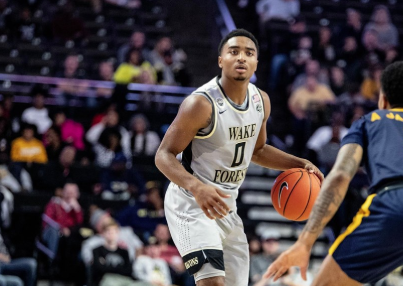 This past week in ACC Men’s basketball play seemed like the first true week of conference play. With each school playing multiple times and a number of the ACC’s top teams falling, it was unquestionably a dramatic week of January ACC basketball.

The week started emphatically with a pair of top ACC teams falling on Monday night. Syracuse shockingly knocked off top-ranked Duke in Durham at Cameron Indoor Stadium. Duke was without two of its star freshmen in Cam Reddish, who missed the game with an illness, and Tre Jones, who injured his shoulder early in the first half. The Blue Devils struggled defensively without a pair of their stars and ceded 95 points at home to the Orange, who were led by Tyus Battle and four other players who poured in double digits. Behind Battle’s 32, Syracuse knocked off Duke 95-91 and got what should be a huge win when Syracuse hopes to make it to the tournament in March.

On Monday, highly-ranked Florida State lost its second game in three days with a 75-62 loss at Pitt following its heart-breaking loss to Duke two days prior.

On Tuesday night, No. 4 UVA showed they are the team to beat in Virginia and maybe even the entire country by thrashing ninth-ranked Virginia Tech 81-59. UVA’s stout pack-line defense mixed with opportunistic scoring and elite three-point shooting, make them as tough as any team in the country, and they showed why by walloping another top-10 team.

The other surprising outcome of Tuesday night was Wake Forest getting its first ACC win of the season over local rival NC State. In what has been a difficult season thus far for the Deacons, this win over a ranked opponent and rival was a massive confidence boost and could serve as a springboard moving forward. The Deacons, however, have since lost their last two games, first at Virginia Tech on Saturday (87-71) and at UVA on Tuesday (68-45).

In addition, Louisville continues to surprise as a legitimate contender in the loaded ACC this year. In what was supposed to be a rebuilding year after the firing of former head coach Rick Pitino, Louisville is 4-1 in ACC play and has wins over UNC, Boston College and Georgia Tech. Louisville has a big test at home this week against NC State, and should they win, Chris Mack’s team will be one others want to circle on their calendars moving forward.

The game of the week, however, came on Saturday night when No. 4 UVA took on No. 1 Duke at Cameron Indoor. This game between two of the nation’s top teams had been hyped up for weeks and it certainly lived up to its billing. Both teams were spectacular and showcased why they will both be forces nobody wants to face in March. Duke was still without their point guard Jones who should miss more time, but they did get Cam Reddish back. Without Jones, Duke constantly had great length on the court — their entire starting five was at least 6’7”. This length helped Duke on defense, as they were able to shut down Virginia’s great outside shooting, as they shot just 3-17 from three-point land.

While Duke also struggled from outside, their two  freshmen stars forwards Zion Williamson and RJ Barrett were fantastic in controlling the offense in Jones’ absence, as the two combined for 57 points and each played at least 38 of 40 possible minutes. The game was a constant back-and-forth, as it seemed no team was ever able to get a lead of more than two baskets. In the end, Williamson and Barrett were too much for Virginia, as they have been for everyone they’ve faced all season, and Duke came out on top 72-70. Their rematch in Charlottesville, VA on Feb. 9 is shaping up to be another classic.