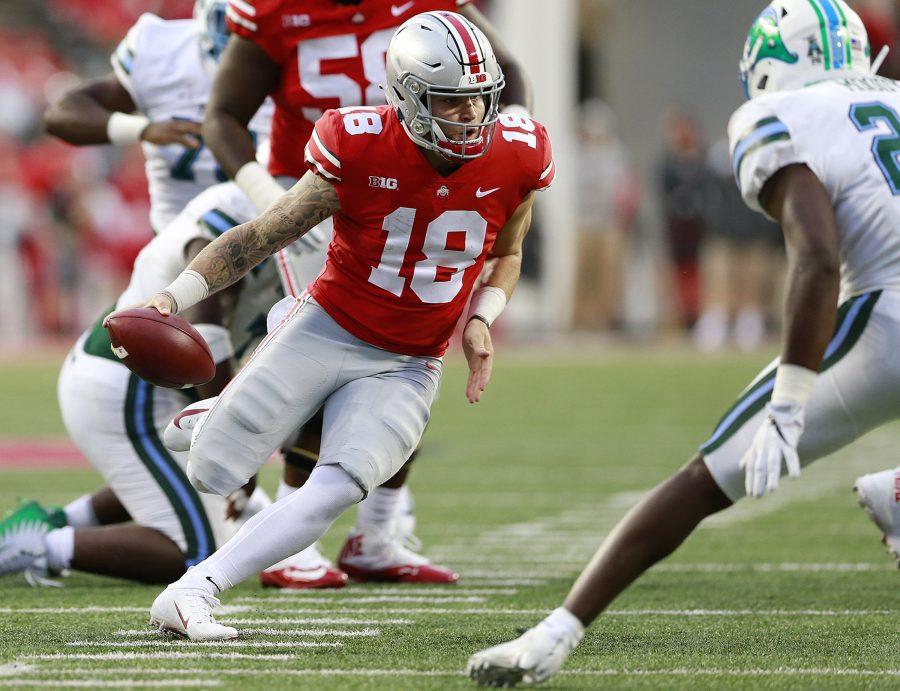 Clemson finds its way to the top, again.

For the second time in the short history of the College Football Playoffs, the Clemson Tigers have reached the top. After having a historic season, winning the ACC Championship and earning the No. 2 seed in the playoff, Clemson boasted a perfect 15-0 record. While this season was a fantasy for the Tigers a few years ago, their championship game against the Crimson Tide carried a vital story. The Tigers became the first college football team to finish 15-0.

The first drive of the game, freshman Trevor Lawrence looked like a deer in the headlights. Overthrown passes and a quick three and out started the game, meeting everyone’s expectation of Alabama’s star-studded defensive line ruining the storybook ending for Clemson.

AJ Terrell had something to say about that.

Clemson’s starting sophomore CB, AJ Terrell, turned the tides when he intercepted Tua Tagovailoa on Alabama’s opening drive and returned it for a touchdown. This shifted the momentum and threw the Crimson Tide on their heels early.

Alabama immediately responded with a touchdown of their own to tie the game at 7. The first quarter proved to be a shoot-out, as both teams fought to reclaim momentum. Clemson came out of the gates firing and heading into the second quarter, Trevor Lawrence had found his go-to receiver, Justyn Ross. Ross ended the game with 153 yds on six receptions and one TD.

Clemson started to pull away in the second quarter as they entered halftime leading 31-16. Clemson running back Travis Etienne came alive, rushing for nearly 100 yds and tacking on three total TDs to this point.

The Crimson Tide failed to score the rest of the game as Clemson ran away with the contest in the third quarter, scoring two more touchdowns to increase their lead to 44-16.

The game MVP, Trevor Lawrence, finished his perfect season and began his case to be one of Clemson’s best quarterbacks to date with a spectacular 62.5 percent passer rating on 20-32 attempts, 347 passing yds, three tds and zero ints. Lawrence ended the game with an impressive 92.8 QBR.

Clemson head coach Dabo Swinney praised his new-found star following the game, “He was the best player … no knock against Kelly Bryant … I think you saw that …the kid has never lost a game …this group had the eye of the tiger tonight.”

What is the goal of the College Football Playoff?

Is it to find the best team in college football? If this is the case, certain teams will never have a chance to make it to the National Championship. Many fans struggle with the current system because of the never-ending Alabama and Clemson reign of dominance. Before I say more, if you cannot beat them, you cannot complain. Rumors are circulating around the committee considering a new eight-team or possibly six-team playoff.

This season, Georgia was crushed by a defeat in the SEC championship, which ruined their playoff bid, UCF has proved to be a notable, non-Power 5 program that continues to compete on a national stage and Notre Dame isn’t in a conference and has been accused of having “cupcake” scheduling. So what to do? A proposal: Each Power-5 Conference champion gets an automatic bid, with the sixth spot given as an at-large bid that will be decided on by the College Football Playoff Committee.

This system gives all teams a reason to compete and allows the fans to enjoy a season of equal opportunity and possibility to make it. The greatest current disparity of the CFP is that it appears predictable. March Madness is a huge success because of the “Madness,” the upsets, the Loyola of Chicago’s and UMBC’s that shock the world. College football is missing this element of suspense, what-if’s, and ratings.

According to 247sports.com, the Clemson-Alabama National Championship received “the lowest [ratings viewership] for a college football title game since Alabama-LSU battled in 2012.”

This goes to say, do fans want the same thing year after year, or is it time to experiment with something new?

As the college football season drew to a close, drama in the transfer world began to brew. Multiple major program QB’s have announced their transferring intentions. Jalen Hurts, Justin Fields, Kelly Bryant, Brandon Wimbush and Tate Martell will all be wearing new uniforms next season.

Everyone knows his success, everyone knows his story, everyone knows how Nick Saban benched Jalen Hurts in the most crucial half in the Crimson Tide’s season in which Tua Tagovailoa, a freshman at the time, led Alabama back for a historic victory in the 2018 National Championship. Jalen Hurts announced last week he will be transferring to Oklahoma to finish out his last year of eligibility. Kyler Murray, the Sooners’ electric baseball-football superstar in 2018 declared for the NFL draft, and Hurts jumped on an opportunity to start at a top program in America, knowing that Alabama has grown loyal to its rising star. Hurts will attempt to make it three Heisman’s in a row for an Oklahoma QB.

The former No. 1 overall recruit in America spent last season playing behind the beloved hometown starter Jake Fromm at Georgia. Looking for a place to grow, Fields has announced he is transferring to Ohio State.

The former Clemson star fell victim to the rise of one of the biggest rising stars in college football: Trevor Lawrence. Rumors around Bryant’s transferring rumored last season after he left the team part of the way through the season, and now he has landed with the Tigers of Missouri.

While UCF’s star QB McKenzie Milton recovers from his horrific knee injury, Wimbush, a Notre Dame transfer, will make for an interesting QB situation to watch as the off season progresses. McKenzie has made significant strides in his therapy, but will Wimbush be enough to help UCF remain dominant?

Former QB1 (Netflix Series) showcase athlete Tate Martell leaves Ohio State following the transfer of Justin Fields to take his talents to South Beach and join the Hurricanes in Miami. Keep an eye out for this duel-threat, Vegas superstar to fight for the starting job in an ACC system that has just hired a new coach following the departing of historically legendary Mark Richt.