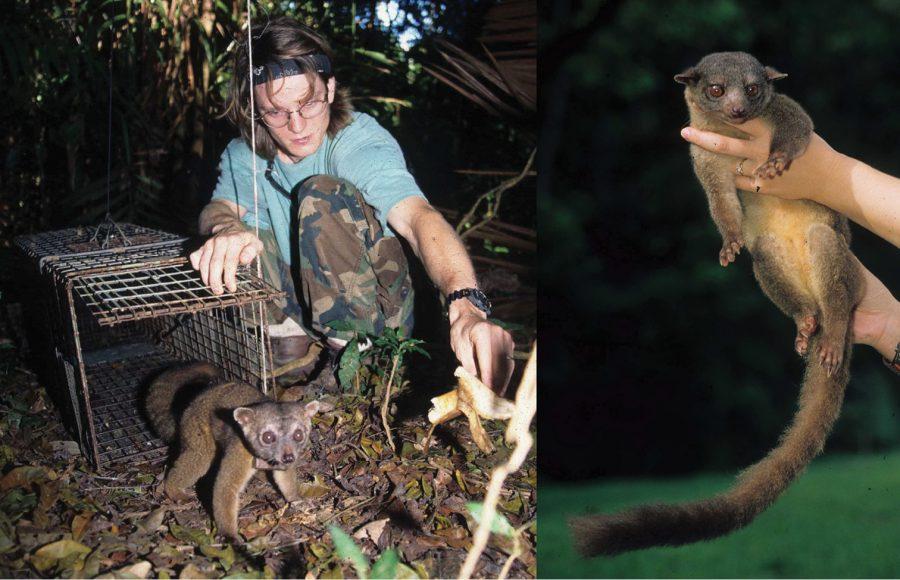 Zoologist Roland Kays delivered the first Monday seminar of the semester to approximately 40 students and faculty in the Biology department on Jan. 28. His topic, “Making the most of wildlife ‘big data’ from camera trapping and animal tracking,” is applicable to multiple labs at Wake Forest, which use camera traps and tracking data in their own research. Kays is a Smithsonian Research Associate, a research associate professor at NC State and the head of the NC Museum of Natural Sciences Biodiversity Lab.

One issue that Kays raised is that historical museum data does not provide a sufficient record of species ranges and spatial distributions, especially as animals move and change their behaviors in response to new threats, like habitat destruction and climate change.

“The world is changing very fast, so we need data that can keep up with that,” Kays said.

This is where the camera trapping and location tracking come in.

Camera traps are motion-activated devices that can be mounted on structures like trees and are triggered to take a photo or short video whenever an animal walks by it. They are often used by hunters to monitor game animals like deer, but camera traps are also an important research tool for studying specific populations or simply to record which species pass through an area.

Kays’ team utilizes camera traps to observe wild animals using human-made hiking trails for easy movement through the forest. One of their recent projects investigated the effects of trails, hikers and hunting on animal behavior in parks throughout North Carolina. They found that, for most species, habitat was more important than human recreation in determining where the animals went, and hiking trails actually had positive effects for some species, although high numbers of hikers had mostly negative effects. Unsurprisingly, hunting had a negative effect on deer, but many other animals were undisturbed by it.

One of the most unique facets of Kays’ research, including the trail project, is that most of the work is done by members of the general public. These “citizen scientists” complete an online training course and are then given trail cameras to deploy and monitor. They submit their images to Kays’ group through eMammal, an online database of camera trap data from around the world. Kays says North Carolina residents can even check out a camera trap at their local library to participate in the project.

The other type of data that Kays talked about is location tracking of individual animals. The advent of GPS has greatly improved both the quality and quantity of data that scientists can collect about animal movement and behavior, using GPS collars, tags or backpacks to track individual creatures. Much of this data is stored in Movebank, a global database of animal movement which, like eMammal, Kays helped to create. He used data from a fisher, a member of the weasel family, in Schenectady, NY, to demonstrate how more frequent readings from a GPS collar can improve our understanding of how the animal uses specific features in the landscape to move and hunt.