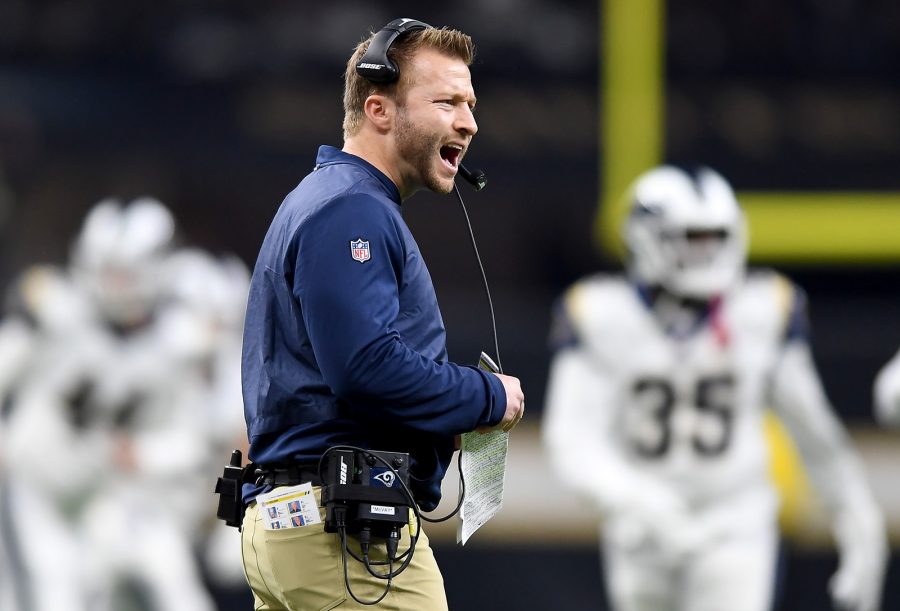 After what has been an as fun and exciting NFL season as any in recent memory, only two teams remain. This Sunday, Feb. 3, the Los Angeles Rams and New England Patriots will face off in the Super Bowl in Atlanta, GA. The young Rams are in their first Super Bowl since they lost to a young Tom Brady in the 2001 game. Brady, Head Coach Bill Belichick and the Patriots, meanwhile, are in their third-consecutive Super Bowl and their ninth overall for the quarterback and coach duo. Both won instant-classic overtime games in their respective conference championships — the Rams over the Saints in New Orleans and the Patriots over the Chiefs in Kansas City — to get here.

LA got here primarily on the backs of a strong, balanced offensive attack that features an excellent running game and timely play-action passing, paired with a star-studded, opportunistic defense and world-class play-calling by 33-year-old Head Coach Sean McVay. The Patriots, meanwhile have a good, but certainly not great, defense that has been aided by a tremendous running game and offense, predicated on controlling time of possession with runs and quick throws. New England’s three-headed-monster backfield includes rookie Sony Michel, a bruiser in Rex Burkhead, and one of the league’s greatest pass-catching backs in James White, who always seems to come alive in the biggest games.

A major priority for McVay’s game plan in this game must be to win the battle at the line of scrimmage and keep the Patriots’ rushing attack in check, thus forcing their shaky defense onto the field as much as possible. Luckily for the Rams, they have the best interior defensive lineman in the league in Aaron Donald who should help in limiting the Patriots ability to run the ball.

Offensively, McVay and the Rams should try to continue doing what they have done all season to get here. Their rushing attack is as strong as any in the league, which helps set up one of the most efficient play-action passing schemes in the league, as well. Although Todd Gurley has not looked like himself of late, CJ Anderson has stepped up in his place. If one of the two backs can have a similar game to the one they had against the Cowboys on Sunday, it could be a long night for the Patriots. A good day of running the ball will also open up more easy throws for Jared Goff and his many weapons over the middle of the field. Because of that, look for the Rams to attempt to establish the run early on Sunday.

With all that said, I foresee another close Super Bowl game that comes down to the wire much like in the past couple of seasons. It certainly is hard to envision the Patriots losing consecutive Super Bowls, especially given all the tremendous success Brady and Belichick have shared over the years, which is why I predict the Patriots will win a nail-biter 34-28. This definitely won’t be the last time we see Goff, Donald, McVay and the Rams in the Super Bowl though, as the young team from LA will be a force for many years to come.