Premier League: First Half Of The Season Recap 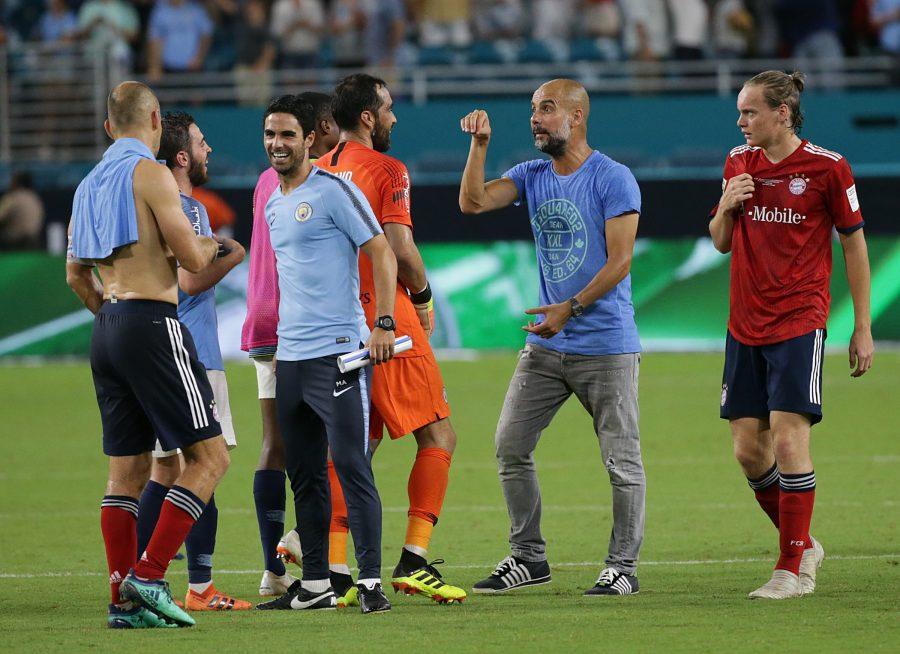 The 2018-2019 Premier League season has been one of the most interesting so far. The reigning champions, Manchester City, were many people’s favorites to win the title at the beginning of the season. They kept their starting 11 and added a key piece in Riyad Mahrez from Leicester City, so they had the potential to maintain their dominance. Unfortunately, their star midfielder, Kevin De Bruyne, suffered a knee injury that kept him sidelined for the first half of the season. This escalated the challenges Manchester City already faced in the new year, including a reworked Liverpool squad that is confident in their ability to win the title. Last season, Liverpool was disappointed in their 4th-place finish and a defeat in the Champions League final. They are the only team with a chance to dethrone Manchester City.

The season began with dominant performances by Manchester City, Chelsea and Liverpool which was not surprising based on their lineups. On the other hand, Manchester United had a disappointing start, which may have been a result of the disgruntled relationship between Paul Pogba and Jose Mourinho. Pogba was noticeably unhappy and it showed in his play. Eventually, Jose Mourinho was fired and replaced by Ole Gunnar Solskjær. Under Solskjær, Pogba and Rashford began to help Manchester United climb the table, but they have to capitalize on every opportunity to keep their chances alive. Arsenal has also had an interesting season. Forward Pierre-Emerick Aubameyang is an all-around weapon with consistent positioning, blistering speed and an amazing shot. A key addition to this team is Lucas Torreira, who was brought in the summer from Sampdoria. He has incredible potential, and playing in the Premier League allows him to impress the world with his passing and keen decision making. The lack of a reliable group of defenders, however, will mean Arsenal’s best-case finish is probably a shot at fourth.

In England, the winter months take a toll on the players because of the weather and the frequency of games. Teams may play two games in a week in rain and snow, which causes many problems. Tottenham Hotspur have been impacted by this more than anyone else. They are currently in third place but they are going to be without key performers Harry Kane and Dele Alli for the foreseeable future. Without Kane and his 14 goals, fans will be worried about their future.

Since the Premier League is so competitive, each year new stars emerge, which can bring attention to clubs other than the top six teams. Take Everton for example and their new start Lucas Digne and Richarlison, who were bought this summer. Digne can take set pieces, cross and defend with speed. If he continues this type of play, he could be considered as one of the top fullbacks in the Premier League. The 21-year-old Richarlison has picked up a solid nine goals on the campaign. This duo can cause problems if they gain some team chemistry. For West Ham United, Felipe Anderson has helped his team maintain a spot in the middle of the table by stepping up in the absence of the Hammers’ key contributors Marko Arnautovic and Manuel Lanzini. Once those two regain health and form, the East London club will have some serious firepower for Manuel Pellegrini to play with.

Currently, the battle for the title is between Liverpool and Manchester City. Liverpool has a four point advantage but they were defeated by Manchester City earlier this month. Either team could win the title, so the second half of the season is going to be crucial.