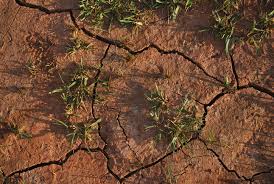 Plant physiologist Dan Johnson spoke about “Fire and drought impacts on tree physiology and survival” to approximately 40 students and faculty in the Biology Department on Feb. 4. Johnson earned his PhD at Wake Forest in 2006 and is now an assistant professor of Tree Physiology and Forest Ecology at the University of Georgia.

Johnson’s seminar focused on the importance of water transport in plants and how certain plants can adapt to hot, dry conditions, like those experienced during a drought.

In plants, the exchange ratio of carbon dioxide, which the plants need to photosynthesize and grow, and water, which is lost when plants open their stomata to absorb carbon dioxide, is highly inefficient.

In healthy plants, water enters through the roots and flows upward through the plant to the leaves, where it is eventually lost through transpiration. Plants rely on water potential to drive the flow of water, and the drier the environment, the more negative that water potential gets.

When water is especially scarce, this “hydraulic rope” can break as air bubbles form within the xylem, the vascular tissues used to transport water and nutrients throughout the plant.

Embolism is one way that plants can die in a drought, so Johnson’s team expected that the more embolism-resistant species they studied would fare better during a drought than species with less or almost no resistance to embolism.

Instead, they found that during a severe Texas drought in 2011, the apparently embolism-resistant species actually had higher mortality.

Johnson and his team investigated other qualities of these plants and found that the species that survived better had deeper roots and a slightly larger water-use envelope, which means that their predicted transpiration was not as close to the critical value where the whole system would fail. This suggests that even though they were not apparently as resistant to embolism, the plants that survived probably did so because of some difference in or around their roots.

Scott Cory, a current graduate student in Smith’s lab, described Johnson’s work as “the cutting edge of this field of plant hydraulics,” adding that “[Johnson is] at the forefront of our understanding about why plants die.”

Johnson himself chose to finish the seminar on a more positive note: how some plants survive.

“I don’t want to end on the drought-induced mortality because it’s all doom and gloom,” he said.

Johnson explained that plasticity is an individual plant’s ability to adapt to changes in its environment and can help some otherwise vulnerable species to survive in hot or dry conditions. The best leaf shape for a wet spring might not be ideal for a hot summer later in the same year, and many plants have the ability to alter physical traits like this.

Johnson said that the two species he measured which survived best during the 2011 drought typically experience less change in water potential over the course of a season and therefore do not need to adapt or change as much to avoid wilting in hot temperatures.

Johnson highlighted the predicted increases in temperature and changes in precipitation under both extreme and more conservative climate change models, which could make events like the 2011 Texas drought more common.

Understanding the ability of plants to survive these hot, dry periods through plasticity or other adaptations is therefore more important than ever.