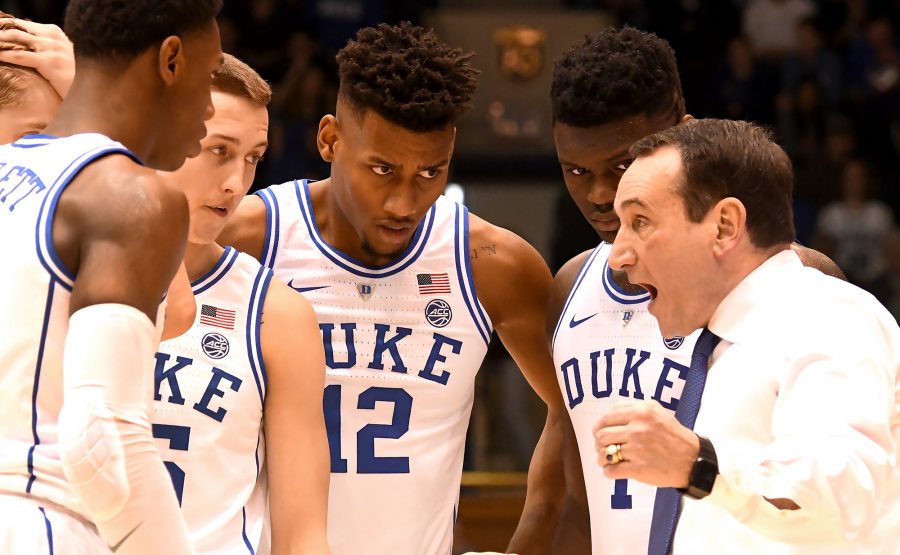 Another week of ACC basketball play continued to indicate who the teams in the ACC to take seriously will be come postseason play and who will likely see themselves on the outside looking in of March Madness. After a few early bumps in December and January, Roy Williams and UNC appear to be righting the ship. Even with a tough loss this week, Louisville seems to a be legitimate force in the ACC in year-one of the Chris Mack era. Meanwhile, Duke and Virginia continue to distance themselves from the rest of the ACC as well as the rest of the country’s top teams. With that said, here’s a recap of some of the most notable games of the past week.

On Wednesday, Jan. 30, in Winston-Salem, Louisville stayed hot, manhandling Wake Forest to the tune of a 82-54 road beatdown. The Cardinals had four players in double figures, while the Deacons could hardly get anything going offensively. Brandon Childress had another tough night handling the ball, turning the ball over five times in comparison to just two assists to go along with his team-high 13 points.

On Saturday, Feb. 2, nearly every ACC team was in action. The biggest game of the day was between No. 9 North Carolina and No. 15 Louisville in Louisville. The Tar Heels avenged a bad home loss to Louisville a few weeks back by having one of their best all-around games of the season. Carolina’s two big men controlled the inside and the glass all game, as Luke Maye finished with 20 points and 11 rebounds, while Cameron Johnson added another 19 points and 10 rebounds. Carolina turned the ball over just twice in the second half and outrebounded Chris Mack’s team 49-32. While this was a tough loss for Louisville, it was just their second in ACC play, and they have shown they will be a true force in ACC play this year.

In another Saturday game, No. 12 Virginia Tech and No. 23 NC State faced off in Raleigh, NC, in what may have been the single worst basketball game of all time. The Hokies scored a meager 47 points and nearly doubled the Wolfpack’s output in this 47-24 game. Keep in mind, this horrendous game took place between two ranked ACC opponents, and NC State shot just 9-54 (16.7 percent) from the field at home for the game.

On Feb. 5, UNC and NC State faced off in a crosstown matchup in Raleigh. This game was an offensive clinic, as UNC won 113-96 behind an incredible 31-point, 12-rebound performance by Maye. UNC had five players in double figures, including four with at least 17 points.

Duke continued to flex its muscle on Tuesday as the class of the country, dismantling Boston College 80-55 in Durham, NC. Cam Reddish had one of his best games of the season, pouring in 24 points, to go along with another magnificent performance by Zion Williamson (16 points and 17 rebounds) and an efficient 19 points from RJ Barrett. After this relatively easy victory, Duke looks ahead to a marquee matchup with Virginia in Charlottesville this coming Saturday. Duke won the last time these two played in Durham, but UVa is a different animal at home. This will undoubtedly be the game of the week in college basketball.