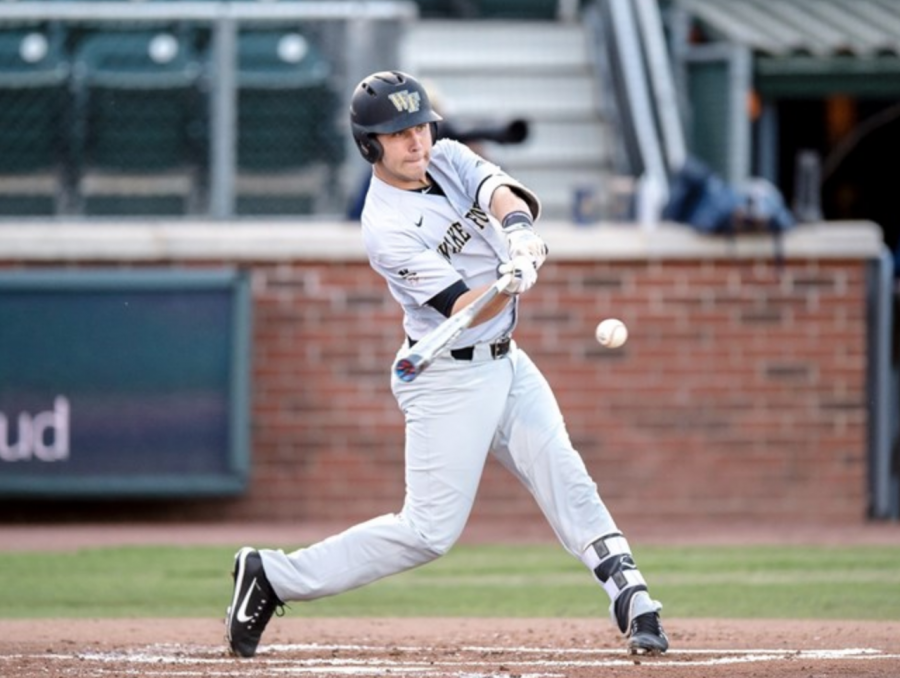 Spring is quickly approaching, and that means baseball is back. The nationally ranked Wake Forest baseball team has high hopes, as eight of nine starters return for the 2019 season. The first game is at home this upcoming Friday, Feb. 15 at 4 p.m against Sacred Heart.

Wake Forest baseball is ranked 20th to start the season, their highest placement to start a season since 2003. Wake Forest baseball is also the only team ranked in the top 25 that had a losing record to end last season. To the players’ disappointment, the Demon Deacons went 23-27 overall and 13-17 in ACC conference play during their 2018 campaign.

Georgia native and sophomore Wake Forest centerfielder DJ Poteet believes that 2019 will be a more successful one for the Deacs as multiple sophomores “have a season under their belt,” as Poteet described.

The team’s ranking is deserved and that they “are capable of being even higher and even being the best team in the country,” Poteet said.

The Deacons will need to marshall Poteet’s confidence as they play in one of the hardest conferences in the nation. Besides Wake Forest, the ACC has four teams ranked in the top 25 including Louisville (4), North Carolina (7), Florida State (13) and Clemson (24). The Deacons have games scheduled with three of those four teams, but Poteet said that the schedule will not bother them.

“We know it’s going to be tough competition,” Poteet said. “We have the pitching staff and offense to compete with all those teams.”

The team is counting on senior second baseman Jake Mueller, who led the team with hits and average last year. Mueller started every game for the Deacons in 2018 and is a mainstay on the bases with an extraordinary on-base percentage of .420. Mueller will create havoc for opposing pitchers as he gets on base any way he can to ignite the Deacon offense. Along with Mueller, All-American sophomore Bobby Seymour, a power hitter who had a stellar freshman season, will start at first base. In addition, junior infielder Patrick Frick, a versatile player who plays every field position except pitcher and catcher, will lead off for the Deacons.

Offense should not be a problem for the Deacons, but the pitching rotation is where the uncertainty lies. The 2018 pitching staff struggled as they posted a combined 5.19 era. The rotation must step up to fill the hole on the mound that star pitcher Rayne Supple left on his way to the draft. Supple was a lockdown guy for the Deacs last year, as he posted an astonishing 2.11 ERA. However, expect the sophomore pitchers like Antonio Menendez and William Fleming to “take [them] over the hump,” as Poteet said. Pitchers like Menendez and Fleming will have to step up to replace Supple, and it is still unclear who will emerge as the new lockdown pitcher for the Deacons.

Poteet illustrates that the team has high hopes for a turnaround this season.

“We know we have the talent to get to Omaha,” he said. Poteet illuminated the fact that Omaha is even vocalized as the goal for this season. It seems this team is not afraid to dream big. An NCAA tournament appearance is not enough to quench the thirst for this team. The Demon Deacon baseball squad has already set its hopes on Omaha, and why not? This team has experience and skill and the hard work ethic to make their dreams reality.

But the Deacons should take it one game at a time. Multiple talented teams around the country have the same goal. Poteet himself has dedicated time during the offseason to getting stronger from hard work in the weight room. Even after leading the team in home runs in 2018, Poteet is determined to get his game “to a new level.” This attitude encapsulates the team mindset as the Deacons look to come home with hardware at the end of the season.