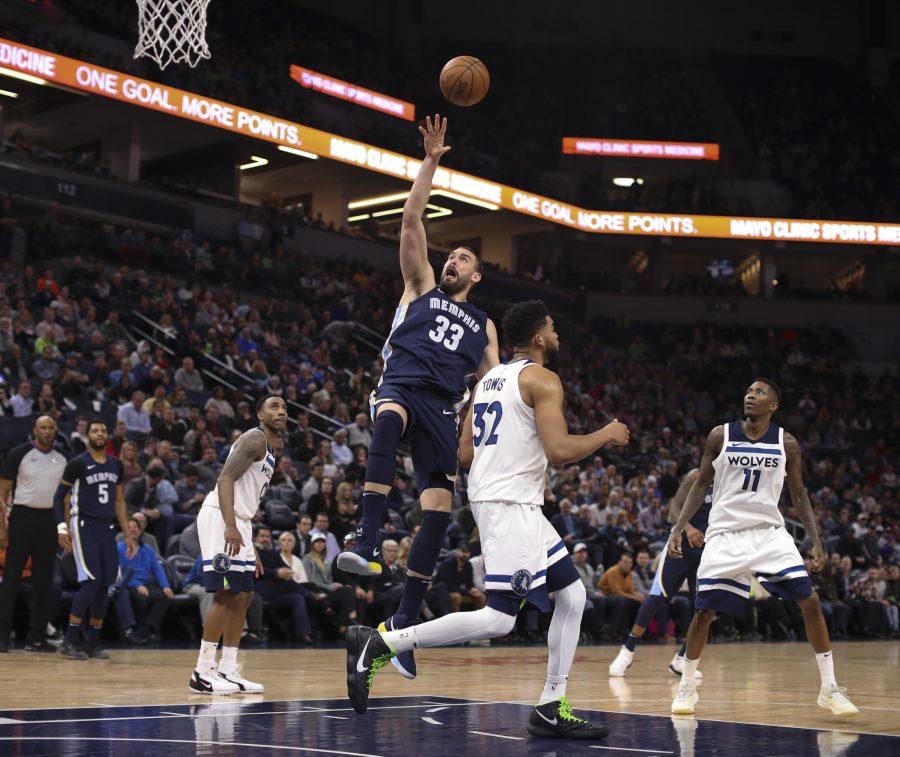 As the All-Star weekend approaches, each team confirmed their goals for the season and made trades that will help achieve those goals. While some teams kept building up the depth of the lineup, some focused on the future of the team, trading for draft picks and clearing up cap room to attract upcoming free agents.

The Grizzlies have the second worst record in the Western Conference right now, and it did not meet Gasol’s standards. Since the start of his career, the former All-Star center had played for the Grizzlies, totalling 11 years, and he asked to be traded partly due to the disappointing performance of the team.

Joining the Raptors was beneficial for both Gasol and the Raptors. The Raptors have one of the best records in the league, sitting at second in the Eastern Conference. Acquiring Gasol improved the depth of the lineup. For Gasol, joining the Raptors allowed him to see the hope of winning a championship again.

Besides his solid rebound and defense ability, Gasol is also known for his passing. It is a rare talent found in a center, and Gasol could be another offensive organizer on court for the Raptors. Moreover, his 3-point shooting could help stretch the offensive room for the other Raptors’ players to attack the rim.

Mirotic is a strong offensive supplement for the Bucks, as he averages almost 17 points and is 36.8 percent from behind the arc this year. With him on the court stretching the offensive room, the Bucks’ franchise players like Giannis Antetokounmpo can attack the rim more easily.

The Bucks are on the top in the Eastern Conference, and their record is also the best in the league. Their playing style this season is putting 3-point shooters alongside Antetokounmpo, and acquiring Mirotic could enrich their offensive plays and continue their leading record.

A 7-foot power center from Europe — does that sound like the Mavericks’ future Hall-of-Fame veteran Dirk Nowitzki? Acquiring Porzingis, the Mavericks seemed to find the successor of 40-year- old Nowitzki.

Despite that Porzingis is still recovering from an ACL injury, he was once viewed as an essential prospect of the Knicks. Averaging 20 points last season, he is only 23 years old and still has large potential.

However, Porzingis was involved in the trade discussion of acquiring Pelicans star Anthony Davis this season, and he felt upset with that. Moreover, he was disappointed at the lack of competence of the franchise, and thus he made a trade request to the management.

An hour after Porzingis made the request, he was traded to the Mavericks. He will play alongside the Mavericks’ future prospect, Luka Doncic, who’s a rookie also from Europe. The European duo can possibly make some noise next season after Porzingis recovers from the injury.

Harris is one of the most underrated forwards this season, and he was previously the go-to player of the Clippers. The 26-year-old is at his prime, averaging career-high 20 points with 49.6 percent shooting and 43.7 percent 3-point shooting.

Harris’ efficiency will be a strong supplement to the young, talented 76ers, who aim to make it to the Eastern Conference Finals in the playoffs this year. Last season, the 76ers lost to Boston Celtics in the Eastern Conference Semifinals, but the acquisition of two proficient forwards Jimmy Butler and Harris this season will likely  help them reach further in the playoffs.