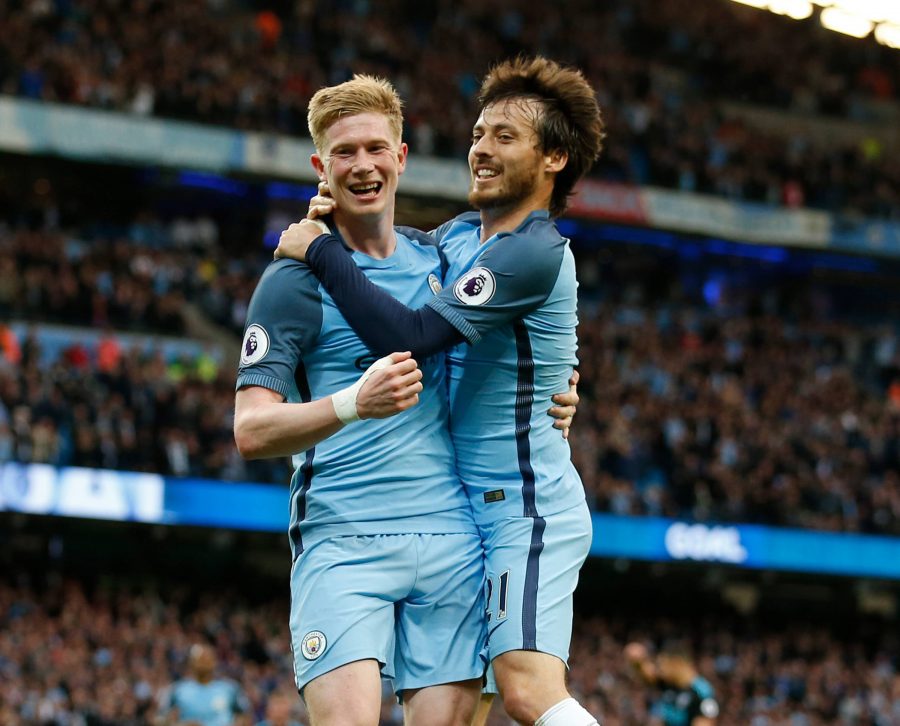 Arsenal set the record for most consecutive wins in the English top flight across two seasons with 14 in a row. The next season, the team earned the nickname "The Invincibles" due to remaining unbeaten for 49 top flight games. But a new name now appears in the record books as Manchester City had a historic, record-setting run during its 2017-18 Premier League season. City set the record for most goals, points and wins in a season, including 18 consecutive wins. They also earned the most away wins and had the biggest title-earning margin in their dominant campaign. (Imago/ZUMA Press/TNS)