Grande Proves To Be A New Breed Of Pop Star 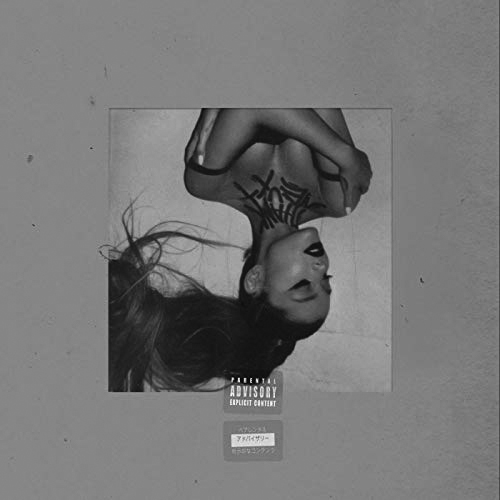 Last Friday, the world was gifted an iconic new soundtrack courtesy of one Miss Ariana Grande. No stranger to having her personal life dissected by tabloids and the kind people of Twitter, her new album, thank you, next presents her own perspective on the past year. From her breakup with boyfriend of three years Mac Miller, getting swept up in a whirlwind engagement with Pete Davidson, then breaking up with Davidson after the unexpected death of Miller, as well as an ill-advised hand tattoo, she has truly had a time of it. In December, after the release of her breakup anthem “thank u, next,” she announced she would be releasing an album of the same name. That album has arrived, and it is a tour de force performance.

Comprised of twelve songs total, the album comes hot on the heels of her last, Sweetener (which incidentally just won a Grammy award for best Pop Vocal Album). Speaking in an interview on the surprise release, Grande stated wanting to release music on her own terms, instead of following the typical single + single + album + tour formula that most pop artists live by.

The first song of thank u, next is one of three singles Grande released ahead of the album, called “imagine.” The song generated some buzz because of its whistle tones towards the end, as seen when she performed the song live on Jimmy Fallon. The notes show off Grande’s four-octave vocal range.

But as you move down the track list the similarities between songs is nowhere to be found. The disjoint, however, seems intentional. The album was reportedly made in just two weeks, and it shows in the almost haphazard jumps in style, tone and substance.

As a whole, thank u, next stands to show Grande’s fans and critics that her style has yet to evolve into its final form. As you listen, you can hear her trying to figure out her sound, testing new limits with a venture into R&B in “7 rings.” The most popular songs from the album, if you care about Spotify charts, are “NASA,” “needy” and “bad idea.” Fans have speculated that “NASA” is about a certain ex-fiance comedian who favored wearing hoodies with the Space Association’s logo embroidered on it. This would be especially heartbreaking considering the song is about needing space — an entire universe’s worth.

Grande is an expert at hiding Easter eggs of information or responding vaguely to fans questions on Twitter. With this album she leaves us hanging, waiting for an explanation, or simply more music. The lessons we should take from this album are as follows: 1. A musician simply needs two weeks, a few friends, and a ton of emotional baggage to churn out an album full of chart toppers. 2. A lyricist through and through, Grande evokes vivid imagery with her lyrics. 3. She might be tiny, but her voice can easily fill an arena, which we should expect to be full of fans on the upcoming tour.