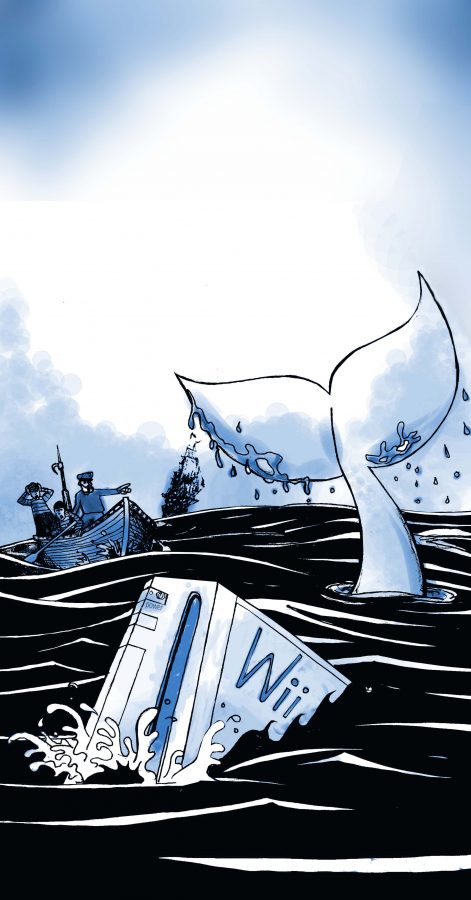 No one wants to read Moby Dick, English professor Eric Wilson claims, but that doesn’t mean you shouldn’t read it. In fact, according to him, everyone should.

On Oct. 26 in the Porter Bryum Welcome Center, students and members of the community gathered to learn more about the staple of a novel as part of the Lifelong Learning Fall Lecture series, a collaboration between the university and the Arts Council of Winston-Salem.

Throughout the lecture, the professor of english and author discussed the life of Herman Melville, author of Moby Dick, and the larger significance the novel has beyond printed pages.

“Engage with the novel in a way that will enliven you and make you more enthusiastic about it,” Wilson said.

Wilson focused on the numerous ways Moby Dick was seen as a failure in the 19th century, as Melville was seen as a man who was placeless and how it is still not a favorite among readers today.

“Moby Dick is a failure in a very specific way,” Wilson said.

Living a wealthy childhood, Melville’s life took a turn when his family lost their affluence.

Melville traveled around the world, had many interesting experiences and discovered inspiration for the novels he later published.

“He turned this limbo [in his life] into a virtue,” Wilson said.

Part of the issue with Moby Dick is its lack of specificity.

Is it a comedy, tragedy or satire? It’s equally hard to place the characters: who is the antagonist? Who is the protagonist? Wilson explains that this is, in part, the reason the novel was seen as a failure.

‘There’s lots of problems when you read Moby Dick. No wonder you don’t read it,” Wilson said.

However, it is that fragmentation which Wilson said forms endless creation to find completeness in Melville’s revision.

“You will contemplate confusion,” Wilson said. “The novel is melancholy, a kind of general yearning.”

Students and community members alike were intrigued by Wilson’s take on Moby Dick.

“I thought it was very interesting and it gave me new insight on the book that I had not thought of before,” said sophomore Megan Beto.

“We read the book, and hearing this after gave me a new perspective,” said sophomore Priscilla Vasquez. “I found the speech very engaging and he had great energy.”

Wilson illustrated how Melville’s life is what helped make Moby Dick what it is, and how the novel has stood the test of time in that it is applicable to every individual.