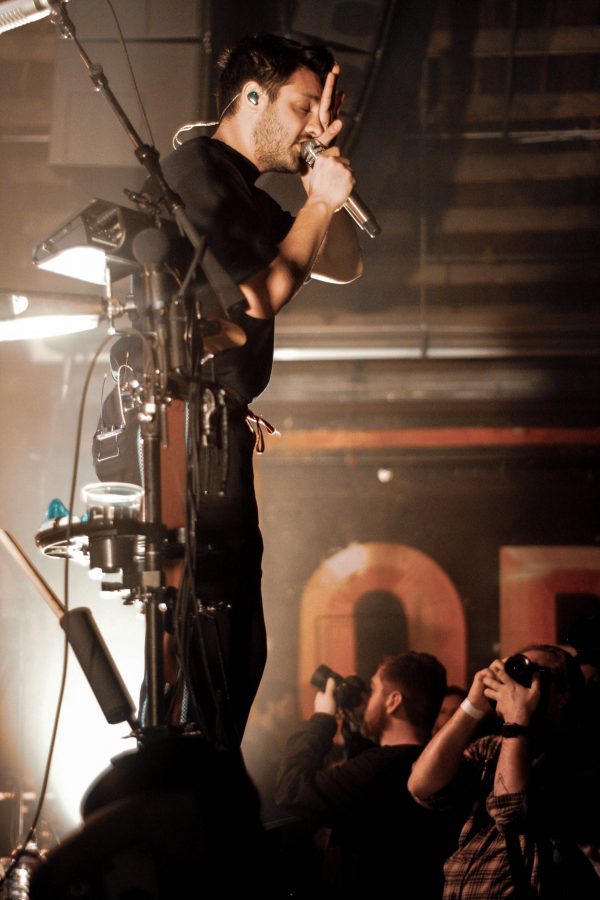 The year is 2011 — RadioShack is still in business, record sales actually mean something to artists, Apple Music holds the largest stake in music downloads and each week iTunes releases a free single from an up-and-coming artist. I’m thinking back to a day eight years ago when I downloaded one of those singles, “My Body,” and to how it immediately hooked me on the band that produced it — Young the Giant.

Thinking back to that year of eighth grade (a year most people have blocked from their memory), one thing I do remember is how often YTG’s self-titled album repeated itself on my light-blue iPod nano. Though, while listening on that school bus ride day after day, I doubt I ever imagined that eight years later I’d be seeing that same band amongst a sold-out crowd, standing right next to the stage, no less.

When going to concerts of long-time favorites, I find there is always a particular anxiety that manifests itself as a sort of fear of ruined expectation, that the artist will not live up to the absurdly high bar that’s been set since they graced your “Top 50 Most Played” playlist on the aforementioned light-blue iPod nano.

On Saturday night, this ever-present anxiety was compounded by the fact that my friends and I had also been waiting in line for three hours (you put in work for stage-side positions) — raising that bar even higher. This anxiety, however, was relieved almost immediately as lead vocalist Sameer Gadhia, followed by Jacob Tilley, Eric Cannata, Payam Doostzadeh and Francois Comtois, stepped out onto the stage and launched into “Oblivion” off their most recent album Mirror Master. By the second song, “Something to Believe in,” I couldn’t help but join the entire crowd in singing along while Gadhia jumped around the oh-so-close stage — the fear I previously had, completely forgotten.

The ensuing setlist ran through a range of past and present hits, including some of my favorites “Amerika,” “Cough Syrup” and “Call Me Back.” In addition to the high that comes from singing along to your favorite songs live, another aspect of shows that I love is that moment where everyone in a room feels completely in unison. This moment peaked with the down-tempo “Firelight,” and the call to raise the metaphorical lighter (a.k.a a phone flashlight). Being a part of something greater than yourself, in love and life, was captured masterfully by the band, and was not only displayed at this moment but throughout the entire night.

If I were to raise any complaint about the near-perfect showing, it would be that it concluded all-together too soon. Though I’d been standing for five hours and jumping up and down for the past hour and a half of it, with my body telling me no, all I (and everyone in the crowd) could think was I want more.

With the conclusion of the encore performance, the opener Sure Sure ran back on stage to jump-on and pummel every musician with hugs — a display of raw joy that was mirrored ten-fold by the crowd — as YTG rallied to perform one last song.

So, with my expectations far exceeded and exhaustion setting in, it was only fitting to be sent home on a wave of euphoria signaled with the lyrics of their much-anticipated performance of “My Body,” and as it rang in my ears for the last few minutes, I imagine it will continue to do so until I get the chance to see Young the Giant again.