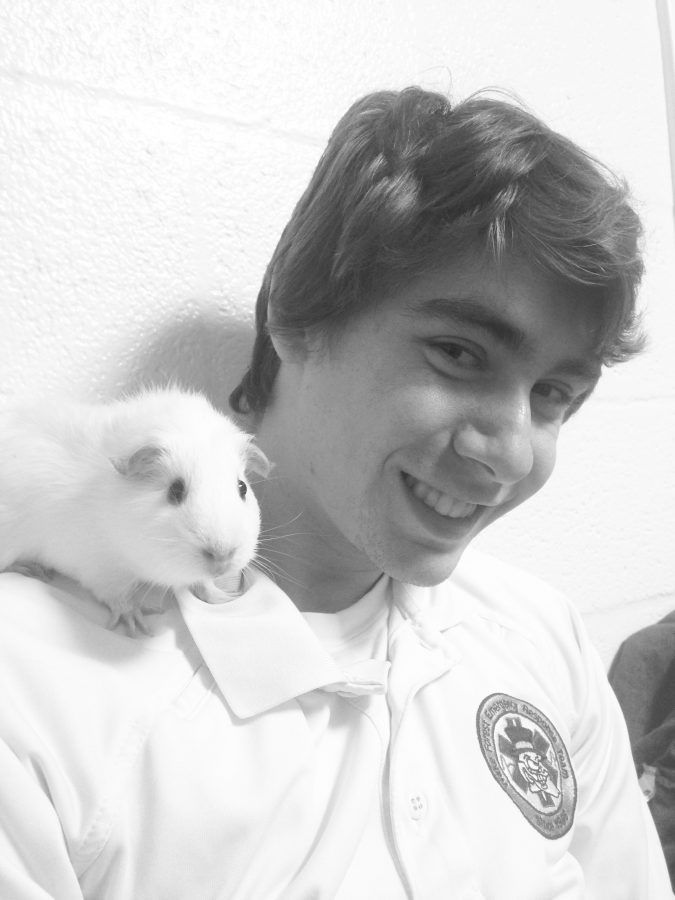 While most Wake Forest students are partying or studying late into the night, senior Nikolas Silva is probably either on-call for or providing emergency medical services (EMS) to those in need of medical attention on campus. Along with his student coworkers, Silva went through a rigorous process to obtain his EMT (Emergency Medical Technician) certification. Being an EMT for Wake Forest is completely voluntary and requires at least four 10-18 hour shifts per month with potentially intense medical scenarios. Silva has been a probationary member of the Wake Forest EMS team for two years and is hoping to demonstrate proficiency in every medical area in order to be promoted to a full-time member. He explains that while the job can be demanding, its rewarding nature and supportive team environment make the commitment worthwhile.

Tell me about how you first became interested in becoming an EMT on campus.

I first became interested because I actually left the track and field team my sophomore year and wanted to be part of another organization on campus. I also wanted to have something to dedicate my time to other than schoolwork and I really wanted to do something meaningful, so I decided to do student EMS. It was a year-long process to even get started and to be able to join, but that’s what I decided I wanted to do then.

My coworkers are wonderful people. It’s all volunteer work so they do it because they love it. When I first started I didn’t know much at all, and now I’m great at what I do and it’s all because of them. I have so much respect for all of them. I mean, [senior] Miller Ligon, our student officer puts in so much work to make monthly schedules and [senior] Sarah Hambright, our student chief, spends extra time sending out weekly emails and plans events. It’s a really good sense of community and we do fun things together. We do an annual trip to an EMS conference, and it’s a great time. We also do intramurals, like right now we have a water polo team, and we do other training events on campus.

How do you think your experience with Wake Forest EMS will help in your future career goals?

So I sort of started getting interested in pursuing medicine and healthcare before I ever joined Wake Forest EMS, but I wasn’t really sure what I wanted to do. Being around Wake Forest EMS has allowed me to be around other like-minded people with similar goals, and as a result I’ve been kind of able to understand all the different things and all the different paths you can take in healthcare.

Obviously, a lot of people say they want to go to medical school and be an M.D., but even within that, you know, understanding what type of doctor you want to be, whether you want to in emergency medicine or be an orthopedic surgeon, for example, is important. There’s so much variability within that and just talking with people to understand the differences and learning about what they want to do really helped me understand the situation in a lot more depth; I realized from the job and my team that there are so many different job options in healthcare.

It’s more stressful when you first start out because you’re nervous about getting a call, but as you get used to them you relax a little bit more. I mean, you know what to do. Once you’re done with “check-off” you can go anywhere on campus, even if you’re responsible for one of the vehicles as long as you’re close to it.

I’d say it’s not bad; you do your homework and go about your business, you’re just maybe a little more on edge and paying a little more attention to your phone or your pager to see if it goes off. Sometimes your radio makes for a nice white noise if you just turn on the police radio and you can hear them chatting every now and then.

What is the hardest part of the job?

I would say it would definitely be the sleep disturbance. Just because even if you have a quiet night shift and you only get one call, it can catch you at that weird time of night like during REM (rapid eye movement) sleep and maybe the whole thing only takes an hour and a half but you were sound asleep at 2:30 a.m. and have to wake up to do something and so you’re tired the next day even though it was only just one call. And then some nights you’re up the whole night which is exhausting, but you still have to do your homework and keep moving on with whatever you normally do.

What is the most rewarding part of the job?

I would say it’s knowing that you’re giving people a sense of security. I mean, there are people who seriously need help and you do get to help them, which is obviously a very rewarding feeling. But it’s also just knowing that your presence makes people feel safer is really nice because that feels like it’s an even more far-reaching positive consequence, if that makes sense. Then also, if it wasn’t for [Wake Forest EMS] when there are some smaller calls where someone just needs to go to Student Health, it would be an added strain to Forsyth County EMS. So because of us, we’re really able to cut down on the number of non-emergency calls that take away from something maybe a lot more serious in the Winston-Salem area, and that’s a good feeling.

How does your job as an EMT affect your personal and academic life at Wake Forest?

In terms of my academic life, I think it definitely makes the schedule harder, but similar to that of my experience being an athlete, having that chunk of responsibility you know you’re going to have to do forces you to build your schedule up a bit more so that you don’t procrastinate and at some level, it helps me because if I’m working a Friday night shift, I’ll stay up and do a little work on Friday night which certainly isn’t what I do normally.

Overall, I don’t think it’s hurt my academics at all; I think it’s forced me to be more careful in my planning of how I approach my academics. In terms of my personal life, I’d say it’s only done good things for sure. [Being a part of Wake Forest EMS] teaches you how to be calm and patient around people during what can be really hard times. So on some level I think that’s made me a better person because that was not a skill I had before joining Wake Forest EMS and I think that’s helped me a lot.