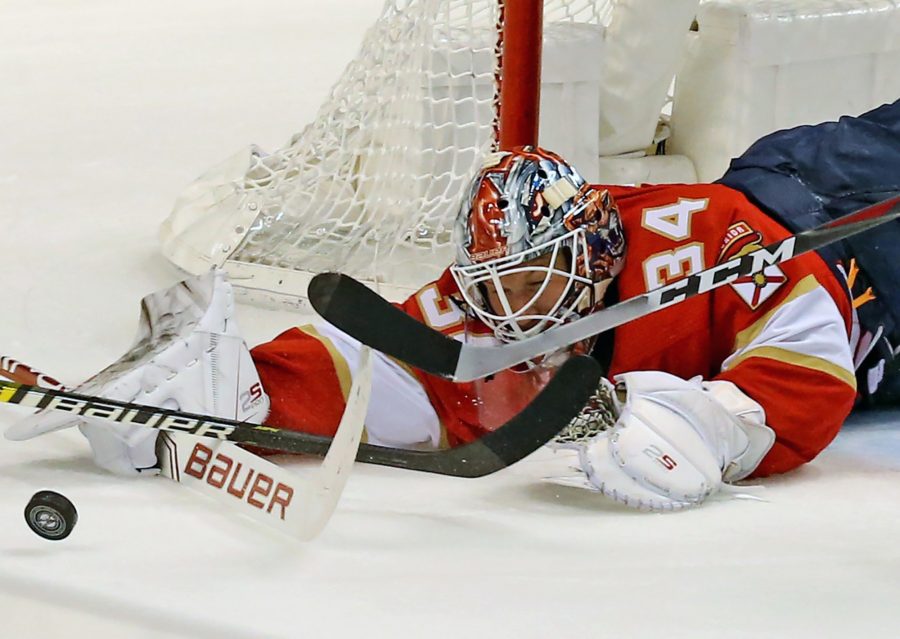 hings are happening! It’s crunch time and there are now rough projections of which teams will be where come the playoffs. There are now nine teams who have over a 90 percent chance of making the playoffs, which is making the race for the remaining spots that much more intense. Additionally, three teams have claimed their playoff spots for good. The Tampa Bay Lightning, Calgary Flames and San Jose Sharks all are now sitting at 100 percent probability of making it, also known as a lock. The Toronto Maple Leafs, Winnipeg Jets and Nashville Predators are all basically locked, with less than  a 0.1 percent  chance of not making it at this point. How about the rest of the field? Well, that’s up for grabs right now.

As mentioned prior, the Tampa Bay Lightning are definitely in and also a lock for the Presidential Trophy. The main thing to watch now is whether they will let the curse of that trophy lead to a downfall in the playoffs. If they keep up their level of play, I honestly do not know who can beat them in a seven-game series. Also, in the Atlantic Division, the Toronto Maple Leafs and the Boston Bruins look to be in great shape to make the playoffs. The Islanders and the Capitals out of the Metropolitan look to be the two teams that will come out of there. The main thing up for grabs in the East are the wild-card spots. The Canadiens, Blue Jackets, Hurricanes and Penguins are all within two points of one another, so that looks to be a race to watch. Out of that group, I think the Penguins have the best chance of getting in, followed by the Blue Jackets. It’s really anyone’s game though, so these next few games will be the make or break moments for these teams.

In the West, we are looking at locked teams in the Calgary Flames and San Jose Sharks coming out of the Pacific Division. There’s a pretty decent point differential between those two and the next closest team, the Golden Knights. They sit about 10 points back and everyone else has been left in the dust. The competition is looking intense in the Central Division this year, per usual. The Winnipeg Jets are all but locked for a spot right now, as they are a favorite to win the division. The Nashville Predators closely follow them, but I’m not sure they will be able to make up enough ground to keep up with the high-powered Jets. Behind those two teams is utter chaos. The St. Louis Blues, Dallas Stars and Minnesota Wild are all within five points of one another. Out of those three, I’d bet that the Blues and the Stars will make it, but you never really know in tight races like this.

It’s going to be an easy finish for some teams who look to coast into the playoffs and a taxing set of games for others who need one last push to get to propel themselves into the playoffs. We are nearing the best time of year though: playoff time!