T-Pain Highlights Love In His Lyrics 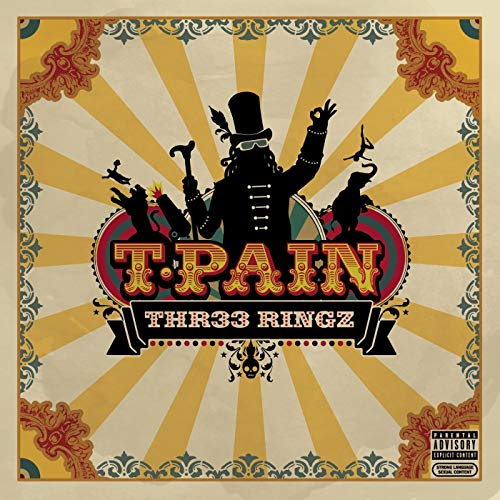 In honor of the Student Union’s announcement that T-Pain will be performing for the Wake Forest spring concert, I thought that it would be appropriate to retroactively review his finest track: “Can’t Believe It.” The song was released as the first single off of T-Pain’s Thr33 Ringz on Aug. 1, 2008, nearly a year ahead of the album’s commercial release. The viral success of the song is a testament to the collision of two artistic icons — the song features Lil’ Wayne, fresh off of releasing the Grammy-Award-winning, commercially successful Tha Carter III — as much as it is proof of the track’s artistic ingenuity. The song ultimately rose all the way to No. 7 on the Billboard Hot 100.

Lyrically, “Can’t Believe It” is a love ballad of Shakespearean quality. T-Pain shows an impressive command over the English language through his consistent manipulation of meter and rhyme. The artist promises to his love interest that he will “put you in a mansion Somewhere in Wisconsin,” tastefully manipulating our accepted pronunciation of “Wisconsin” to fit the word into his rhyme scheme. It’s such an outrageous couplet that it immediately grabs the attention of the listener and points to the lengths T-Pain will go for his significant other. If the singer can make “mansion” and “Wisconsin” rhyme, then what could possibly stand in the way of him and his lover?

Though the chorus is largely forgettable in terms of lyrics, the emotion in T-Pain’s croonings is palpable and compelling. His use of autotune is both groundbreaking for the genre and highly functional in the context of this single song. While the song assumes a mechanical aesthetic quality, the earnestness of T-Pain’s feelings help spark a sharp juxtaposition between the human and the machine. This dynamic only heightens the sense of devotion that the song portrays.

In his feature verse, Lil’ Wayne demonstrates many of the qualities that made him a juggernaut of the 2000s music scene. Here, Wayne juggles the roughness of his street side with the sentimental side that is requisite for him to be an effective lover. After threatening to “show [his significant other’s brothers] what these teardrops ‘bout” (effectively making a threat on their lives), he comes back and appeals that “Shawty I was just playing.” Later in his verse, Wayne demonstrates his iconic wordplay when he claims that his lover is “like a model out the Penthouse Sheets / that’s why I got her on my penthouse sheets.” Penthouse sheets can be understood to be both the pages of the Penthouse magazine (a magazine similar in function to Playboy) and the sheets on Wayne’s bed in the penthouse. It’s a forceful way to send off his verse, and communicates Wayne’s unique songwriting talents in communion with the themes of “Can’t Believe It.”

On April 17, you can expect to see me saying “yeah, yeah, yeah” when T-Pain “hits the main stage” at the LJVM Coliseum. In the meantime, I’ll be refreshing myself on his other classics and looking forward with eager anticipation.