A Tale Of Two Different Documentaries 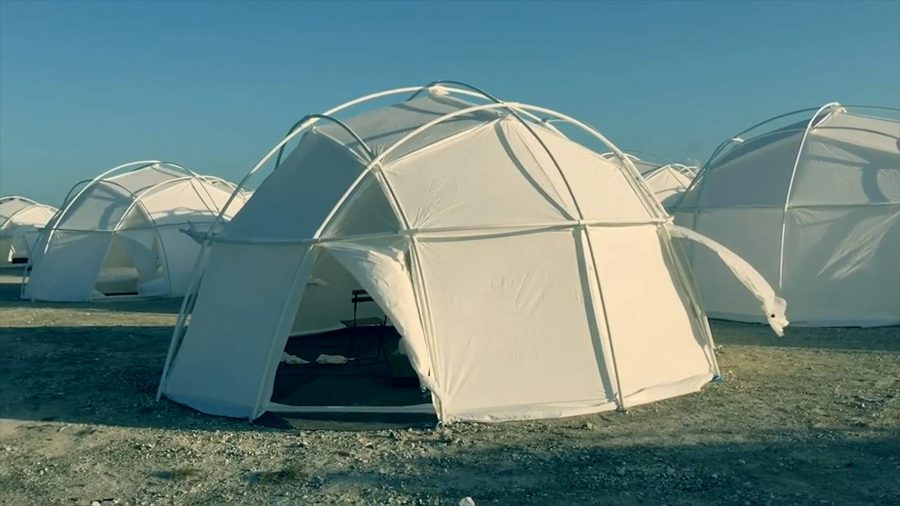 I’m not sure why Hulu and Netflix both decided to run a documentary on the Fyre Festival, but nonetheless, I watched both of them and enjoyed them for different reasons. Fyre from Netflix and Fyre Fraud from Hulu attempted to convey the same story using different angles and information to tell it. They ended up being extremely different in my opinion, with Fyre Fraud from Hulu taking the prize.

The story behind the festival seems like some sort of comedy reel when you really think about the fact that people believed this whole gig. In short, the rapper Ja Rule paired up with this annoyingly rich kid named Billy McFarland. McFarland was already known for shady stuff, and he has no moral compass, but always thinks he can pull off a grand parade that never works. So naturally, they decide that the two will put on a tropical music festival on a private island.

The target audience of the festival is super rich millennials who have money to burn. So, they get famous people to be “influencers” and promote it on social media. All the influencers get to go for free in exchange for getting all these rich people to go and pay a lot for it. Hundreds of people bought the tickets for an event that they think will be on a private island in the Bahamas that used to belong to Pablo Escobar.

Fyre from Netflix immediately hurls you into the action with no real warning about what is to come. It features interviews and information from all sorts of people involved with the planning of this event but no real background on what this mystical concept that they are discussing really is. It is established from the start that this festival would never be a success, whereas the Hulu alternative seems to make the viewer believe, like the founders, that it could pan out.

Even if you knew just how bad it was going to be, the Netflix version sets you up to hate the concept and young, naïve founder McFarland. It focuses a lot on the event itself, or lack thereof, which then sets you up for the huge finish, where all the people arrive on the island and are stressed and depressed because they have no water or food and are supposed to live in a “luxury tent” that is really an emergency hurricane tent. A lot of the Netflix angle is focused on the ethics of what’s going on, but not why it’s going on. I felt extremely confused when I looked at my phone for about a minute and then looked back at the screen. You’re thrown into the action with no background on who this planner is and why he’s so bad. I finished the film knowing what happened but wanting to Google a lot of things to figure out what the full story was.

On the other hand, Fyre Fraud, by Hulu, explained a lot of things. It looks a lot more at why everything went down. The behaviors of both McFarland and the millennials who bought into this scam made a lot of logical sense after watching this version of the story. Fyre Fraud opened by looking at the past business transactions of McFarland. We got walked through one of his original businesses, where he had a fancy metal credit card for young people, so they looked cooler than if they had a basic starter debit card. Then, as a user of this fancy card you can go to this fancy townhouse and party.

Well, the townhouse went away because it got reported, and everything started to fall apart for McFarland. The whole time, though, McFarland thought it would all work, just like how he thought Fyre would work too. Viewers know this because they actually interview him in this one!

We watch footage of interviews with McFarland that were both informative and hilarious. Some of the questions are so hilariously awkward because he knows he screwed up. It’s really worth watching this one for the pain in his face with some of the questions. This really foreshadowed the whole Fyre situation well because this lack of backing and planning is what happened here too.

Additionally, the mindset of the millennials made more sense, became a lot of the hype going into it was made prevalent, so the buy-in was greater.

The whole thing is truly insane, but once you figure out a lot of background, it makes sense that really rich millennials would buy into it. I also found that the ridiculous nature of a lot of those rich millennials when they arrived made the film that much more enticing.

There is this guy telling you not to go, you have a bad gut feeling, yet they still go and then are mad. What the heck is with your instincts? In the end, I’m glad no one got hurt and we have these interesting documentaries about them. I hope no one trusts Billy McFarland or Ja Rule with anything now, but I definitely think that they will, so watch your back, I guess?