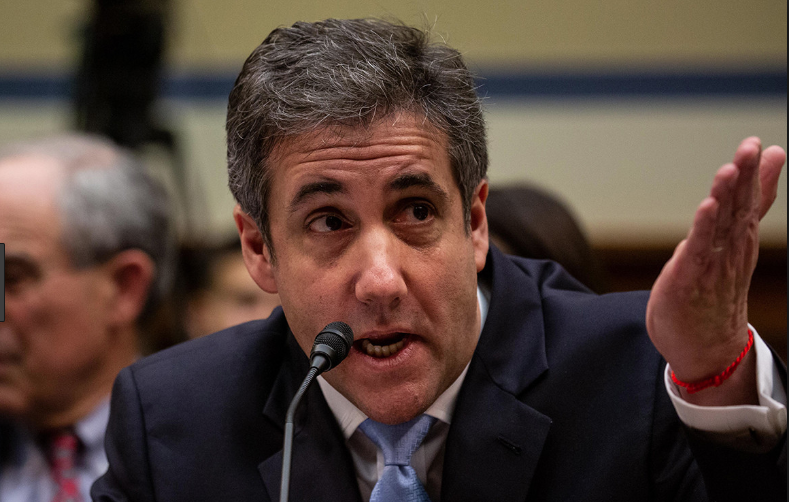 On this episode of “While People Are Trying to Make Things Right, Republicans Do Everything They Can to Find a Way to Defend Trump,” we get to see Michael Cohen’s damning testimony on Donald Trump.

Cohen didn’t give any new information; he only corroborated what has already been made known and provided documentation. Yet, Republicans in the meeting spent more time trying to discredit Cohen by bringing up the crimes he himself is being charged with in an attempt to protect President Trump. This is not only bullsh*t, but it’s dangerous.

First, it was ridiculous of the Republicans to squander their questioning time trying to grill Cohen about the charges against him. He has already been charged, he’s already going to prison, he’s already lost his license and the prospect of him and his family fully recovering are slim. The focus of the meeting was to find out more about the allegations surrounding Trump: the hush money payments, his business deals, Russian collusion, him being a racist and so forth. So why spend all this time trying to discredit his testimony?

If Cohen is facing consequences already, then why not ask relevant questions about the person who hasn’t faced any consequences yet? The argument that Cohen was testifying to get back at Trump is also bullsh*t. For those of you who don’t know much about snitching, the snitcher gains very little benefit. Although someone who snitches may get a reduced sentence, the repercussions for them snitching outweighs getting out of prison sooner.

Cohen’s testimony against Trump molds a target on his back. His family, as he testified, is already being harassed and after this testimony and Trump’s inflammatory tweets about Cohen, his family is only going to be in greater danger. So in all reality, Cohen lost more than he will ever in his life gain for testifying against Trump.

I don’t believe that Republicans were after the truth during the hearing. They were after covering their own asses for supporting someone for several years who is now confirmed to be many of the things they tried to say he wasn’t. Any response that Cohen gave that sounded like it was going in the direction of incriminating Trump was swiftly cut off and met with another irrelevant question to try and discredit Cohen.

The Republicans’ questioning of Cohen only shows how far they’ll go to ignore facts and reveal their own hypocrisy. Cohen’s own charges don’t automatically discredit him, and they know that. God forbid this was Obama, or the Republicans would’ve instead directed their questions to Obama’s actions to get as much dirt on him as possible to use against him. But because it’s a member of their own party, they do everything that they can to redirect the heat off of Trump and onto anyone in opposition of him. By doing so, they’re actually endangering American people.

To have someone who has proven to be a liar, con man and racist through his own behaviors and actions, have someone who was one of the closest people to him corroborate this and still try to protect him shows that they don’t really care. They don’t care about people of color because they’re protecting a man who’s so obviously racist. They don’t care about the average hardworking citizen because they didn’t even acknowledge Cohen’s comments about Trump cheating people out of their money. They don’t really give a damn about having someone in the highest office who’s a proven danger to American democracy; all they care about is that they don’t look bad for ever associating themselves with or supporting an awful, dishonest, cruel man like Trump.

I believe Cohen, not because I want another reason to loathe Donald Trump, but because he was clearly telling the truth. I think he was unfairly attacked during his hearing and not given an honest chance to give the American people a full scope of all of Trump’s deeds that he personally knows about. I think that Republicans believe Cohen, too.