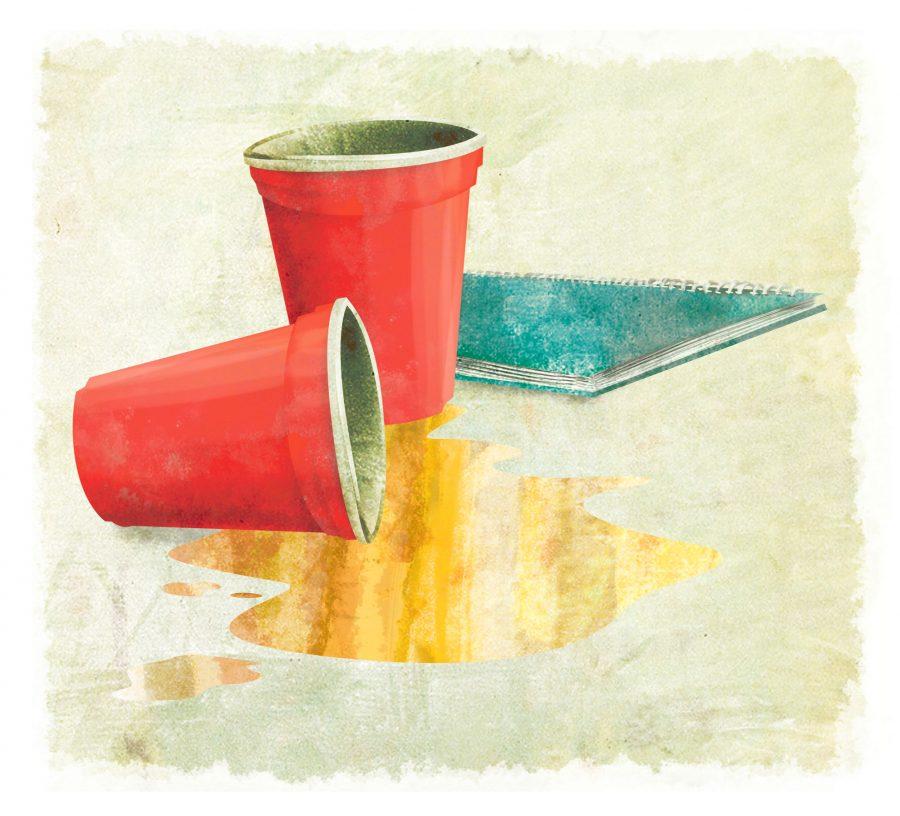 Many college students consume alcohol without understanding the full effects of it on the body. Below is a discussion of general side effects of alcohol, degradation pathways and gender-specific variations and interesting asides involving alcohol. But first, a background on compensatory mechanisms is required.

One main point about all drugs, be it alcohol, cocaine, tobacco, heroin, or 1-3-7 trimethyl xanthine (caffeine), is that they cause compensatory mechanisms within the body. In essence, as you consume a drug and it causes a physiological effect, your body counters it.

For instance, if a drug decreases the release of serotonin, your body senses that it is being altered and will upregulate the serotonin release to compensate. Once the drug is no longer present, however, the compensatory mechanism may still be active, which can lead to adverse side effects.

Once consumed, alcohol makes its way through the stomach, passing through to the small intestines, where approximately 90 percent of it is absorbed. From there, it interacts through a variety of physiological and metabolic pathways to increase the release of dopamine in the nucleus accumbens (a neurotransmitter, or chemical, in the brain that causes you to feel good), along with decreasing the amount of glutamate and increasing the amount of GABA, both neurotransmitters, which make you less inhibited.

Other than this, alcohol has a host of side effects, including gastrointestinal tract irritation (increased stomach acid production), blood vessel dilation (especially in the face, so you feel warmer because more blood is close to the thermoreceptors in your skin, but you actually release heat which can lead to hypothermia), lower sensitivity to sensory stimuli, dehydration and hallucinations (which primarily occur with chronic usage). Also, long-term alcohol consumption causes neuronal damage through disturbing the cell membranes causing them to leak water, proteins and other essential molecules.

With these non-optimal side effects in mind, it is important to note that in low to moderate doses, alcohol may actually reduce the risk of heart disease by increasing the amount of “good” cholesterol and decreasing the amount of “bad” cholesterol in the blood. This dosage, according to the Dietary Guidelines for Americans, is defined as having up to one drink per day for women and two drinks per day for men.

How alcohol degrades, and why women typically get drunk more easily

Alcohol is broken down in the body primarily by the liver (95 percent), and the rest is exhaled — which is how law enforcement officers can get an accurate measurement of your blood alcohol content. There are many metabolizing enzymes in the liver, and for alcohol, the main metabolic pathway utilizes alcohol dehydrogenase to break down ethanol into a toxic intermediate called acetaldehyde. This causes headaches, blood pressure increases, neuronal death and a host of other problems if it accumulates. Luckily, acetaldehyde is rapidly broken down by another enzyme, aldehyde dehydrogenase, into acetic acid which gets removed via other metabolic processes. One main reason alcohol does not affect men as much as women, independent of body weight or size, is that males have alcohol dehydrogenase in their stomach, so some of it is broken down before it gets to the small intestine where it’s absorbed.

When under stress, the hormone cortisol is released, which can lead to immune system suppression, premature aging, and alterations in neuronal structures over time. Along neuronal alterations, cortisol actually increases the sensitivity to dopamine release in the nucleus accumbens (makes the pleasurable feeling more rewarding).

Carbonated alcoholic beverages, such as champagne, can make you more drunk. Why? Because the carbon dioxide increases stomach pressure, which decreases the time it takes for the alcohol to get to the small intestine (increasing the rate of absorption).