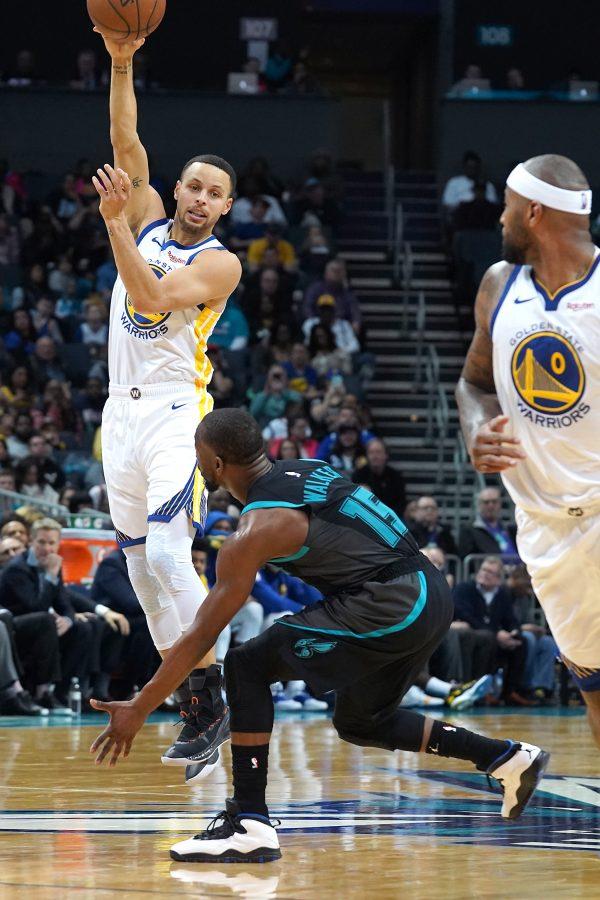 Although All-Star Center DeMarcus Cousins returned from his injury, the Golden State Warriors lost by 36 points total over the last nine games.

However, the Warriors still can’t seem to find the key to bond the team. In the game against the Houston Rockets on Feb. 24, the Warriors lost at home by six without Houston’s franchise player James Harden. In case you didn’t notice, it was the third time the Rockets beat the Warriors this season.

In the first quarter of the game, Rockets’ guards Chris Paul and Eric Gordon kept scoring, helping the team start perfectly with a 15-0 run. Despite that, the Warriors responded with Steph Curry and Klay Thompson hitting 3-pointers, but they were down by 15 points in the first quarter.

In the second quarter, the Rockets’ height inside the paint gave them an advantage. Cousins could not contain Rockets’ forward Kenneth Faried, who scored 10 points with four baskets out of six attempts. Cousins, however, struggled to find rhythm and scored only six points, shooting one out of seven in the first half.

Although the Warriors took the lead in the third quarter, Paul kept making baskets and organizing the offense of the team well. For the entire game, Paul had one of the best performances of this season, with 23 points and a season-high 17 assists. The Rockets’ two-way guards Gordon and P.J Tucker contributed 47 points together, including eight 3-pointers.

One of the reasons the Warriors struggled was that Cousins was still trying to find his rhythm. In the past four games, he averaged only 9.8 points and 7.4 rebounds in his 21.8 minutes playing time.

“Sure, he’s frustrated,” Warriors’ coach Steve Kerr said of Cousins in an interview with ESPN. “Think about what DeMarcus has been through with the yearlong injury and the frustrating free agency. So, it’s not an easy thing, a very difficult injury to come back from.”

Despite tearing his Achilles tendon last season, Cousins was still one of the best centers in the league. He averaged an all-around performance of 25 points, 12.9 rebounds, five assists, one steal and one block per game with the Pelicans last season.