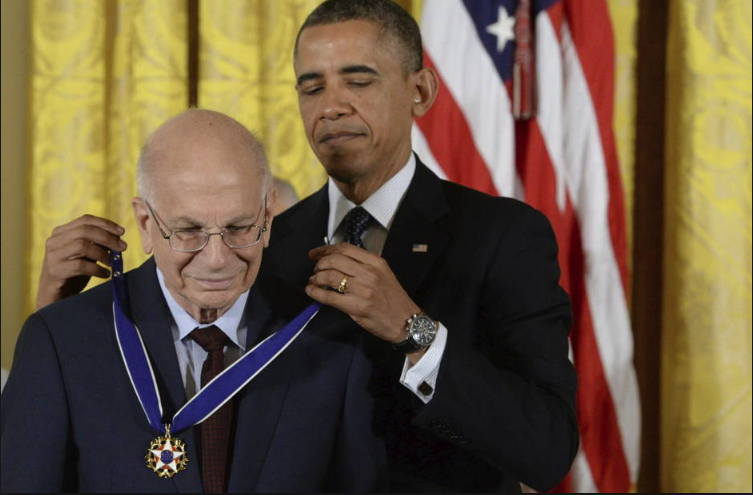 For decades, mainstream economic theory assumed humans to be logical, deliberative calculators when evaluating decisions and judgments. For matters as significant as playing the stock market to those as trivial as deciding what to have for lunch, economic models assumed humans to be Homo economicus, or coldly efficient utility-maximizers (utility is a measurement of value for any given outcome). However, in 1979, Israeli economists Amos Tversky and Daniel Kahneman fundamentally disrupted the economics field’s reliance on the prevailing school of thought, expected utility theory, with their seminal paper “Prospect Theory: An Analysis of Decision Under Risk.” The nascent field of behavioral economics, which is described by Nobel Prize winner Richard Thaler as “economics done with strong injections of good psychology,” has gained respect in academia as a way to make economics more accurate by incorporating more realistic assumptions about how humans behave.

What is prospect theory?

One of the most fundamental components of behavioral economics — the ideas with which Kahneman and Tversky turned the economic world upside down — concerns prospect theory, or the way in which people approach decisions that involve risk. Their findings were largely at odds with expected utility theory. For example, they found that losses have a larger psychological impact than gains of equivalent magnitude; losing $10 hurts more than gaining $10 feels good (a phenomenon known as loss aversion). People are generally averse to risk and crave certainty, although when they fall into the loss domain, they behave oppositely — they are willing to take large risks to find any way back into the “gain domain.” Whereas mainstream economics would expect individuals to make choices that maximize their individual utilities, Kahneman and Tverksy found that more often than not, this is not true in practice.

It was this concept of loss aversion that we decided to test among our peers. This past week, we offered the following prospects to members of the Wake Forest community.

Unsurprisingly, when asked about gaining some sum of money, the majority of people would rather win a certain $3,000. After all, who doesn’t crave certainty? Think how many sushi dinners you could buy with $3,000! On the other hand, when asked about losing money, the majority of people would rather risk an 80 percent chance of losing $4,000 and grasp onto a slim 20 percent chance of losing nothing. According to expected utility theory, both of these choices are irrational. Over repeated trials, Option A has an expected outcome, on average, of $3,200 (0.80 x $4,000), which is larger than the gain of $3,000 expected from Option B. Similarly, Option C presents an expected loss of $3,200 compared to the loss of $3,000 expected from Option D.

Why does prospect theory matter?

Economic theories matter because they often inform policies that govern our world and how we live our lives — from the health care system to the tax code to environmental regulations. It follows that if public policies are based upon theories that do not realistically capture how humans behave, they will be structurally inefficient and market failures will occur.

Policy interventions influenced by behavioral economics are often low-cost and relatively simple to implement, but can have outsized impacts. Simple changes in how choices are presented (choice architecture) have been empirically proven to increase organ donation rates, 401(k) savings plan contributions, tax compliance and more.

Can I be more rational?

Though we typically think of ourselves as rational, Kahneman and Tversky have shown that humans are fundamentally irrational. We don’t compute statistics on the fly, nor do we weigh decisions properly. So, in our complex world, what can you do to be more rational?

We think this boils down to a concept pioneered by Thaler known as choice architecture. The way a decision is presented to you, or “framed,” in behavioral economics parlance, can have a huge effect on how you react. For instance, think back to a donation request card. Most have options starting at or above $100, which gets you thinking that you should be giving around that amount.

The way this is presented unconsciously primes you to donate more than you might otherwise. So, the next time that you are presented with a choice, think about how it is being asked. Are there numbers presented to you? If so, how would you act if they were different? Is the question phrased in terms of a gain or a loss? As shown by Kahneman and Tversky, we act differently depending on the framing of the question.