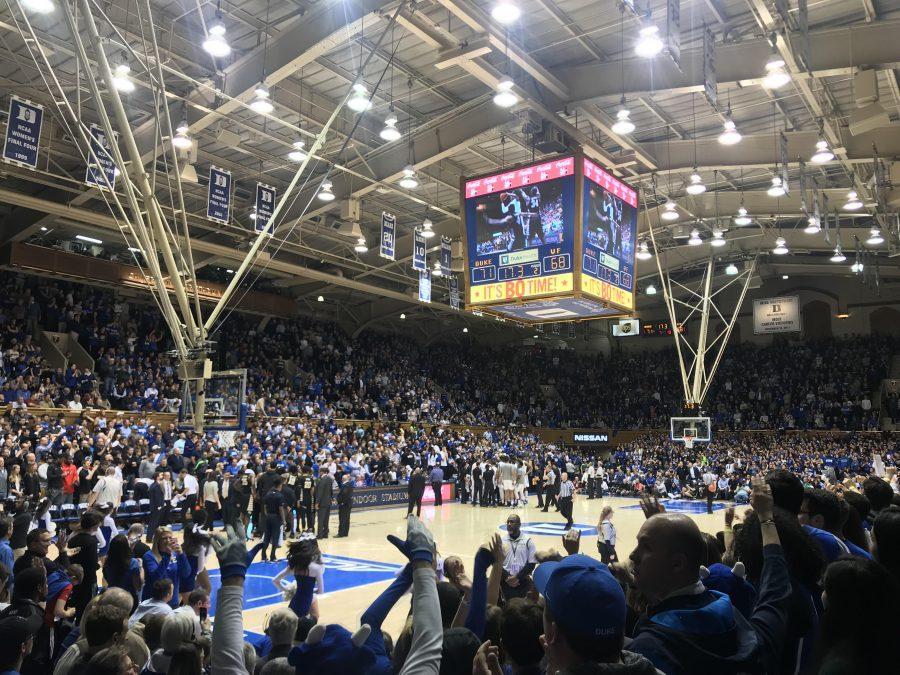 On March 7, 2019, it looked like Danny Manning’s much-maligned 2018-2019 basketball squad was going to do the impossible. Arguably the worst team in the ACC, our beloved Demon Deacons were seemingly one charitable roll away from beating the vaunted Duke Blue Devils in the mecca of college basketball, Cameron Indoor Stadium. Of course, we ended up losing by one point after Chaundee Brown’s last-ditch effort wobbled around the rim for a momentary eternity before eventually rolling out. But for 39 minutes and some change, it looked like the Demon Deacons really may have been able to pull one out against Coach K’s Dukies, the Associated Press’ fourth-ranked team, and the ACC’s most notorious villain.

It was a very quick first half. Wake Forest enjoyed small leads for the majority, but lost their edge moments before reentering the locker room. The second half started with Duke up 35-34, but the Blue Devils returned to the floor uncharacteristically flat, and Wake Forest dominated, at one point taking as much as a 10-point lead. Duke answered and tied up the game with only a few minutes remaining. After R.J. Barrett scored and put Duke up by three with 20 seconds to go, it seemed like Wake Forest’s miraculous effort was going to fall short. But after a quick layup by Brandon Childress and a boneheaded turnover by Duke’s Jack White, Wake Forest had the opportunity to inbound the ball beneath their hoop with 7.4 seconds left, down 71-70. Duke played solid defense, and Childress was forced to heave up an ugly 3-pointer that Brown rebounded and quickly put back up.  The ball swirled around the rim, the gym fell silent, and much to the Demon Deacon’s chagrin, the ball did not fall through the rim. Cameron Indoor erupted, and just as they always do, Duke beat Wake Forest.

Wake Forest’s Brown had the best game of his career, putting up 21 points and complimenting them with 10 rebounds. Except for a few misguided shots, Childress also played impressively, adding 19 points to the scoreboard. Duke freshman R.J. Barrett was the best player on either side of the ball, playing all 40 minutes and finishing with 28 points. Notably, Duke forward Zion Williamson, considered by most college basketball fans to be the best player in the country, missed the contest with a knee injury.

Before the game, Vegas favored Duke by over 20 points. Ken Pom gave them a 99.6 percent chance of victory. Days earlier, Ron Wellman, Wake Forest’s Athletic Director of almost three decades, announced his retirement, and John Currie, his replacement, expressed that his main goal would be to “fix basketball” at Wake Forest. At a notorious “basketball school,” that spells trouble for a coach like Danny Manning, who came into Tuesday’s contest sporting a 65-90 record at the helm of the Demon Deacon men’s basketball program. Surely Manning, his assistants and the rest of the team would have been far more pleased with a real victory, not merely a moral one. But, just as Coach K reminded the crowd in Durham after the game, Wake Forest should be extremely proud of their performance. They played with heart and integrity, and, if only for one game this season, kept up with a truly elite program.