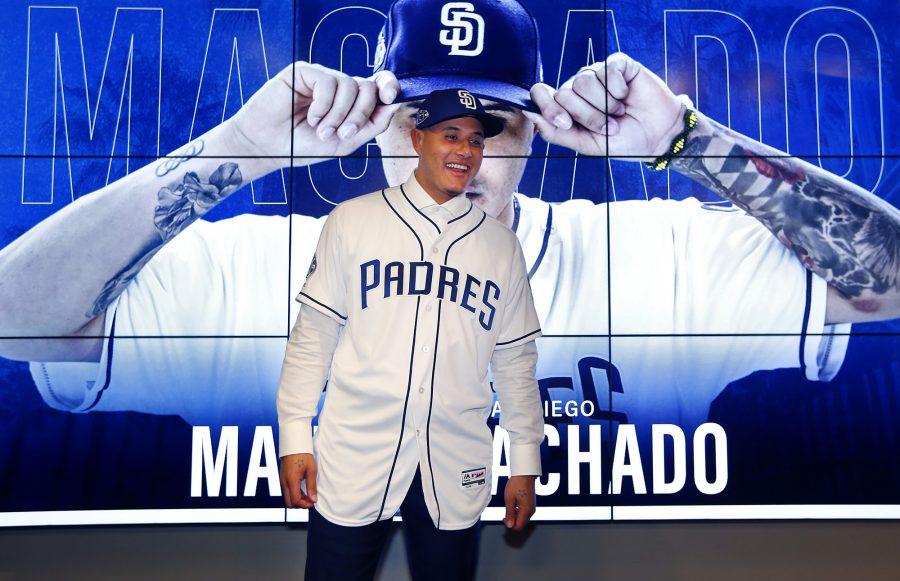 Spring Training is underway, and the baseball season is right around the corner. This offseason was anything but time off for baseball, however, as lots of big names moved around. Here’s a recap of which superstars will be wearing different jerseys in 2019:

The deal: 13 years, $330 million with the Philadelphia Phillies

What to expect: The 2015 National League MVP is staying in the NL East, and now the Phillies are the favorites to make the playoffs. There’s a lot of pressure on Harper to deliver a title.

What to expect: Surrounded by a lot of unproven talent, Machado will try to prove he is worthy of his record-breaking deal and not the player remembered in LA for his lack of hustle.

The deal: Traded to the St. Louis Cardinals for Luke Weaver, Carson Kelly and Andy Young

What to expect: Entering the final year of his contract, Goldschmidt is arguably the best first baseman in all of baseball. St. Louis hasn’t made the playoffs for three years — now they are all in.

The deal: 6 years, $140 million with the Washington Nationals

What to expect: The big lefty had a breakout year in 2018, and now he joins up with Max Scherzer and Stephen Strasburg to form one of the best rotations in baseball.

The deal: Traded to the New York Mets for Jay Bruce, Anthony Swarzak and prospects

What to expect: Diaz was the best closer in baseball last season, and Cano is a former All-Star coming off an 80-game suspension from steroids. They look to turn around a Mets team that vastly underwhelmed last season.

The deal: Traded to the Philadelphia Phillies for Jorge Alfaro, Sixto Sanchez, and Will Stewart

What to expect: Realmuto wanted to get out of the Miami rebuild, and now he has his chance. He is another strong piece that will anchor a deep Phillies lineup.

The deal: 3 years, $50 million to the Philadelphia Phillies

What to expect: McCutchen might not be as good as he was when he won the MVP in 2013 with the Pirates, but his veteran leadership will be very valuable to the young team in Philly.

What to expect: Miller has had some recent injury problems, but if healthy, he should provide the stability at the end of games that the St. Louis bullpen lacked last season.

The deal: 1 year, $23 million to the Atlanta Braves

What to expect: Donaldson was once the best 3B in baseball. If he returns to anywhere close to that level of production following last season’s injuries, the Braves will be really, really good.

The deal: 4 years, $55 million to the Los Angeles Dodgers

What to expect: Pollock balances out the left-handed hitting Dodgers lineup and gives them a great glove in centerfield. Another dangerous weapon for the reigning NL West champs.

The deal: Traded to the New York Yankees for Justus Sheffield and other prospects

What to expect: “Big Maple” is the dominate ace that the Yankees have been looking for. The lefty will head up a Yankees pitching staff that is no longer a weakness.

The deal: Traded to the Cincinnati Reds for Homer Bailey and multiple prospects

What to expect: These two star outfielders are ready to bring the Reds back to a competitive level. Puig might not be in the bright lights of LA, but he’ll still be incredibly electrifying.

• 2015 Cy Young Winner Dallas Keuchel (SP) — Keuchel was arguably the best free agent pitcher. He will make a big impact once he finds a team.

• Seven-time All-Star Craig Kimbrel (CL) — Kimbrel is available because of last year’s playoff struggles and a high asking price. He remains one of the best closers of his generation.

• Five-time All-Star Adam Jones (OF) — He has legitimate power and immeasurable veteran leadership.

• Two-time All-Star Gio Gonzalez (SP) — He will be a solid middle-of-the-rotation arm for a playoff team.