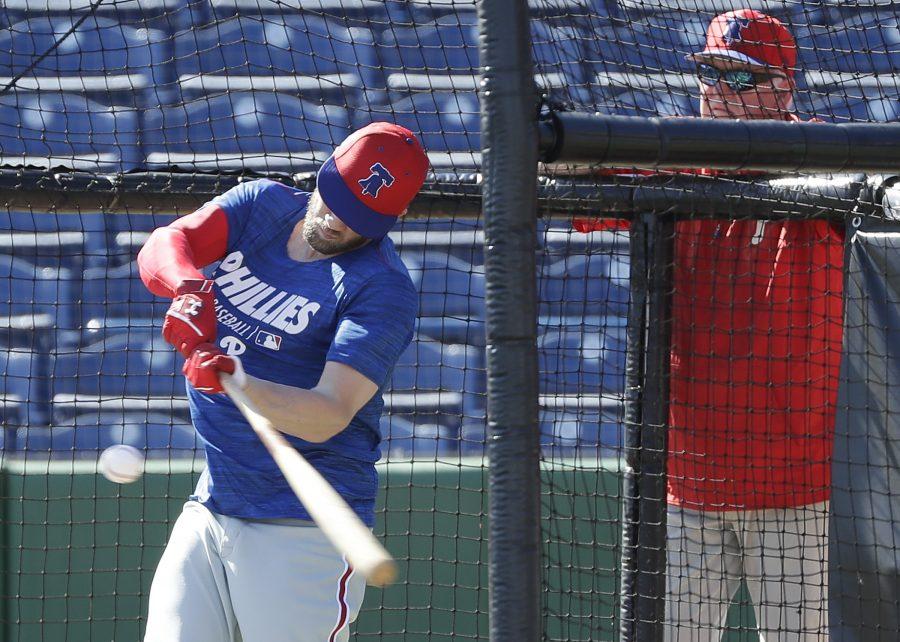 Despite speculation that either player could end up settling for a short-term contract with a record-breaking average annual value (AAV), each player found a suitor willing to meet demands for a contract worth at least $300 million.

Machado chose guaranteed money in San Diego over an incentive-laden deal with the White Sox, signing a 10-year, $300 million deal. Machado’s presence in San Diego will likely impact the Padres more in the future than the present, as 2019 projections still have them missing the playoffs, even with Machado on the team.

Still, Machado instantly upgraded the hot corner for San Diego. Ty France, one formerly projected starter at third for San Diego, was projected by ZiPS for 1.1 fWAR in 2019. ZiPS projects Machado at 5.4 fWAR, so he immediately adds four wins to the 2019 projections for San Diego. Sure, they may barely eclipse .500 in 2019, but they promise to be much more entertaining, and their young stars will play an important role on the field in the future.

The Padres boast perhaps the richest farm system in baseball, headlined by five-tool shortstop Fernando Tatis Jr., who could debut in 2019. With Machado in the mix, the Padres envision an unrivaled left side of their infield for years to come, as the combination of Machado at third and Tatis at shortstop should bring both both power at the plate and dynamic glovework on defense.

With the addition of Machado, the Padres moved up their contention window, and they may be ready to challenge the Dodgers atop the NL West as early as 2020 if their prospects find their footing quickly at the major-league level.

The Harper free agency saga lasted a bit longer than Machado’s, but in late February, the ultra-talented, ultra-volatile Harper finally agreed to terms on a 13-year, $330 million contract with Philadelphia, the richest deal in American sports history (though, adjusting for inflation does knock it down the list).

John Middleton, principal owner of the Phillies, finally lived up to his infamous November promise of “spend[ing] money and maybe even be[ing] a little bit stupid about it.” The Phillies improved their roster more substantially than any other club this offseason, acquiring catcher J.T. Realmuto, shortstop Jean Segura and outfielder Andrew McCutchen prior to Harper’s arrival.

Harper, though, was the pièce de résistance, the magnum opus, the cherry on top of a perfect winter. From the outset, landing Machado or Harper was essential for Philadelphia, and no amount of improvement around the edges would have kept their fans from burning Citizens Bank Park to the ground had neither star signed with Philly.

With the addition of Harper, Philadelphia is one of the favorites to come out on top in a very crowded NL East. The Mets, Braves, Nationals and Phillies all have legitimate shots at winning the division, but Harper, projected for 4.8 fWAR in 2019 by ZiPS, gives Philadelphia a substantial bump heading into the season.

Despite having taken on Harper’s enormous contract, Philadelphia still managed to keep a level of financial flexibility. Due to the contract’s length, Harper compromised a bit in the AAV department at $25.4 million, only the 14th highest in league history. By spreading out their payments to Harper, the Phillies left room in their massive payroll to add, to extend and to spend more “stupid” money on players in the near future if they so please.

The fans of Philadelphia, as passionate as they are insufferable, responded to the signing by spending record-breaking amounts of cash on tickets and merchandise. The Phillies reported selling roughly 100,000 tickets within 24 hours of the signing, and Fanatics, a sports apparel company, reported that Harper’s No. 3 jersey broke the record for most units sold within 24 hours of an athlete changing teams, topping even LeBron James’ Lakers jersey sales.

Players and fans continue bemoaning the state of MLB free agency, and Craig Kimbrel and Dallas Keuchel remain unsigned, but the mind-numbing, never-ending pursuits of Harper and Machado are finally in baseball’s rearview mirror.