Contraceptives Are An Important Part Of Sexual Health 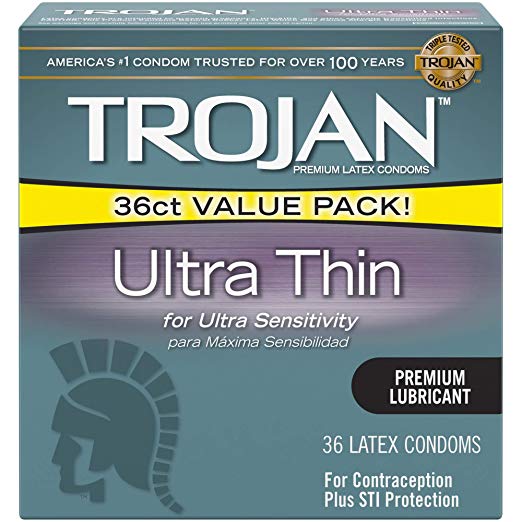 Spring break is right around the corner, and I’m here to help with your packing list. You might need sunscreen, a bathing suit, deodorant and for those who are sexually active, some condoms. That’s right, it should be on the short list of things you can’t forget if you’re headed off on vacation with the intention of knocking boots.

It may seem awkward to be talking about this, but condoms, for both males and females, help prevent both unwanted pregnancies and STIs. According to Planned Parenthood, when used correctly, condoms are 98 percent effective. Obviously, abstinence is the most effective way to avoid all the risks associated with being sexually active, but contraceptives such as condoms, when used correctly, work pretty nicely.

If you’re reading this, it’s not too late. Not only does the P.O.D. provide provisions on demand for your sexual health needs, Student Health also has a big old condom dispenser in their offices doling out free condoms to anyone brave enough to take them. If that’s not private enough for you, the LGBTQ center has a wide array of condoms, and not just the kind they put on a banana in sex ed. They offer dental dams, internal condoms and male condoms. The goal of this wide array is to make sure that people of all different orientations can find ways to still practice safe sex and encourage students to get into the habit of using protection.

Now that you know you have these free contraceptives available to you, why aren’t you taking advantage of them? If you think being on birth control or being in a non-heterosexual relationship exempts you from using condoms, you aren’t entirely correct. Yes, you don’t run the same risk of pregnancy, but if you aren’t in a monogamous relationship in which both partners have been tested, using condoms is the simplest way to make sure you stay STI -free.

What’s the big deal about STIs, again? Just to get us all up to date, they can cause discomfort, infertility, greater susceptibility to big baddies like HIV and sometimes death. They can be transmitted through every type of sexual contact. The good news is these are both treatable (for the most part) and preventable.

In the moment, it might seem like bagging it up is a big inconvenience, but that layer of protection makes a big difference down the road. And remember, both parties share equal responsibility in being safe because the risks are high for everyone involved. So to both ladies and gentlemen, wherever you’re headed next week, make sure you think twice before you decide not to throw a box of Trojans in your bags with you.