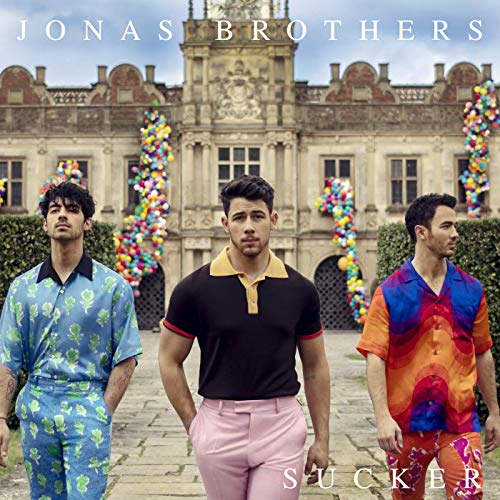 Now, while most 20-year-olds are currently stressing about relationships and due dates, for the last month there’s only been one thing consuming their minds: the Jonas Brothers. It’s not quite the year 3000, but Jonas Brothers fans found themselves waking up six years earlier. Everyone was awaiting the new Jonas Brothers. True fans have stuck by them through their separation, solo careers and even new bands (DNCE) and finally their dedication has been rewarded.

The hints started with the reactivation of the Jonas Brothers’ Instagram account and Nick Jonas liking tweets on Twitter about the band getting back together. All their photos on Instagram and Twitter were deleted and their profile picture was blank, leaving fans eagerly awaiting confirmation from the brothers.

After spending a month on the edge of our seats, on Feb. 28, the Jonas Brothers confirmed that they would be releasing their new single, “Sucker,” at midnight. As this news broke, their old albums began climbing the charts again. All social media platforms were updated with new photos and videos promoting their new song and music video.

The minutes till midnight crawled by until finally the time came. Within hours the song jumped to number one on the Pop Charts and on iTunes. Their music video was the number-one trending video and has reached almost 50 million views in less than a week. The Jonas Brothers were not expecting this type of love and continue to express their gratitude toward their fan base on social media.

“Sucker” is reminescent of the old Jonas Brothers songs but the music video takes the song to another level. The lyrics express the love that each brother has for their significant other, but the music video uses irony and sexual scenes to emphasizes their growth from the young boys we knew to the men that they have become.

Surrong the hype of the song’s release, the band hosted a surprise, private concert in New York City on the night of Friday, March 1. The attendants had to be over 21, and mostly people from the industry, phones had to be locked up before entering, and entrance was only allowed with a wristband. However, this did not stop Jonas Brothers fans from piling outside the facility, flying in at a chance to see them and surrounding their limousine.

At first, I thought people flying in had to be crazy. Then I thought back to when I got my Jonas Brothers concert tickets in 2007 and cried for weeks. If I had known about the surprise concert sooner, I would have been in my car making the drive from Wake Forest to New York.

Fortunately for the fans who just can’t get enough, the Jonas Brothers will be featured every night this week on the Late Late Show with James Corden. This will include a carpool karaoke, many interviews, and best of all, lots of good music.

“Sucker” is currently still number one on iTunes and rumor has it that the Jonas Brothers have recorded 30 to 40 songs and are hopefully releasing an album. After the incredible response that this first single has received, I can only wait to see what they bring next.