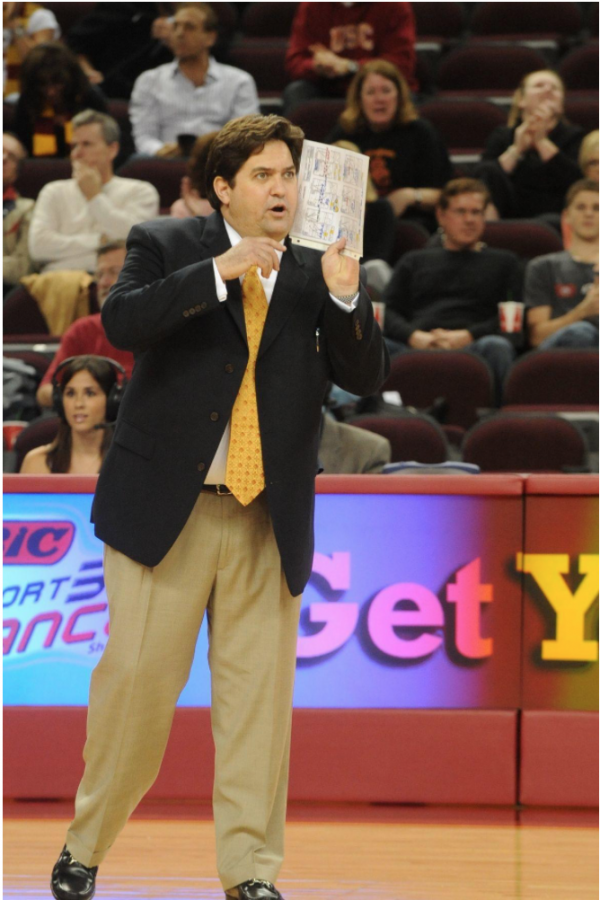 Head Volleyball Coach Bill Ferguson was suspended Tuesday morning as news broke of a nationwide college admissions scandal that is being investigated by the U.S. Department of Justice.

Ferguson has been indicted on charges of conspiracy to commit racketeering.

According to a statement by Wake Forest Athletic Communications, the university is “aware of the allegations” and “has retained outside legal counsel to look into this matter.” In addition, the statement notes that Ferguson has been placed on administrative leave and that Randi Smart has been named interim coach, effective immediately.

The college admissions scandal, which has been internally referred to as “Operation Varsity Blues,” alleges that wealthy parents, such as actresses Felicity Huffman and Lori Loughlin, bribed athletic coaches and standardized test insiders to help their children gain admission into elite universities, such as Yale, Stanford, University of Southern California and Georgetown. Nearly 50 people were implicated in the case.

At the center of the scandal is William Singer, the owner of the Edge College & Career Network, also known as “The Key,” a for-profit college counseling business. In addition, Singer had established The Key Worldwide Foundation (KWF), a non-profit corporation that was purported to be a charity.

The released affidavit states that it is believed that the parents and Singer, through his company and supposed charity, conspired to bribe standardized test administrators to facilitate cheating on exams, to bribe coaches to designate certain applicants as recruited athletes to facilitate the applicant’s admission and to conceal the nature of the bribe payments under the guise of a charitable organization.

According to PBS NewsHour, U.S. Attorney Andrew Lelling said that the investigation will continue and that it is believed that other parents are involved. No students, who in many cases authorities have said were not aware of the fraud, were charged; the schools themselves are also not the targets of the investigation.

Regarding Ferguson, the statement of indictment charges reads, “In or about 2017, Singer directed $100,000 from one of the KWF charitable accounts to be sent to FERGUSON, including a $10,000 check to the Wake Forest Deacon Club, a $40,000 check to Wake Forest Women’s Volleyball, and a $50,000 check to a private volleyball camp FERGUSON controlled.”

The statement continues, “In exchange for this money, FERGUSON agreed to designate the daughter of one of Singer’s clients — who had previously applied to Wake Forest and been placed on the waitlist — as a recruit for the women’s volleyball team, thereby facilitating her admission to the university.”

No parents involved with the alleged bribery involving Wake Forest appear to have been charged, as Wake Forest is not mentioned in the affidavit that has charged parents with fraud.

President Nathan Hatch sent out an email to students, faculty and staff later Tuesday afternoon to acknowledge the allegations against Ferguson.

“The alleged conduct is in direct conflict with the values and integrity of Wake Forest and its athletics program,” Hatch wrote. “The university’s outside counsel is conducting an internal review, and Wake Forest has and will continue to cooperate fully with federal authorities as the legal process unfolds.”

Hatch sent out a follow-up email Wednesday to affirm his previous message and clarify questions regarding Wake Forest’s involvement with the scandal. He wrote that this does not suggest a larger problem with the university’s admissions policy and that that the other allegations in the investigation of cheating on admissions exams “do not pertain to Wake Forest.”

“The review completed to date by outside legal counsel underscores that Bill Ferguson acted independently and was the only person at Wake Forest with knowledge of, and involvement with, the alleged misconduct,” he wrote.

Hatch also stated that the student mentioned in the indictment charges was admitted and is currently enrolled, but that they “have no reason to believe the student was aware of the alleged financial transaction.” It remains unknown who the student is or who their parents are.

The statement from Wake Forest Athletic Communications also stated, “We will have no further comment at this time.”

Ferguson joined Wake Forest as head volleyball coach in June of 2016, following the resignation of former head coach Ken Murczek, who had denied claims of ongoing abuse detailed in the Old Gold & Black. Ferguson, who had previously served as head men’s volleyball coach at USC for ten years, has a 22-41 record with the Demon Deacons, with a 10-30 record in conference play.