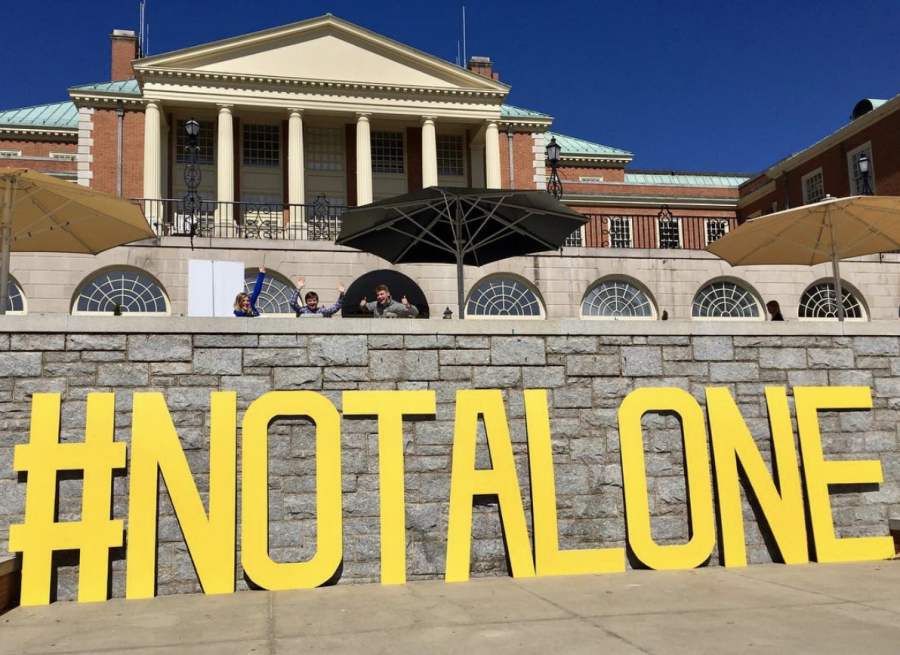 Left untreated, it leads to persistent feelings of hopelessness, insomnia, risk-taking behavior, decreased academic performance, psychosomatic illness and disordered eating. It increases the risk of substance abuse, self-harm and suicidal ideation, and it is increasingly prevalent on college campuses, particularly those of high-ranking and academically demanding universities such as Wake Forest.

Mental illness, according to results of the National College Health Assessment in the past decade, is a problem that most students confront at some time during their college careers. In 2018, the survey found that 40 percent of college students reported feeling “overwhelmingly anxious,” while 20 percent said they felt “so depressed it was difficult to function.” Thirteen percent said that they had considered suicide in the past year. Statistics among Demon Deacons are comparable to those nationally — according to a recent campus-wide wellness survey, one-fifth of Wake Forest students reported that they had experienced depression.

Four years ago, Wake Forest Student Government (SG) decided to address this trend by founding Mental Health Week, a five-day series of events devoted to increasing mental illness awareness and combating stigmas some students may feel when admitting that they are struggling. SG operated Mental Health Week in conjunction with Thrive’s SOS (Signs of Stress) Week in order to provide the campus with a combination of educational opportunities and activities.

“I think what’s really good about the combination of the two is that it attacks the issue of mental health in two different ways,” said senior and SG President Danny Reeves. “Student Government is doing programming, awareness and education while Thrive and Wellbeing are attacking it more from decorating cupcakes and having Puppies on the Quad, yoga and Stress Less kits … I think it’s great to team together because there’s not a one-size-fits-all solution for mental health. We have a diverse campus and what works for one person might not work for someone else.”

Some students have criticized Mental Health Week’s programming — which included a petting zoo on Manchester Plaza, cupcake decorating in the Pit and “Soiled Hands, Happy Hearts” at Campus Gardens — as inadequate solutions for long-standing and systemic mental health problems on Wake Forest’s campus.

“I can certainly understand criticisms where some people may say, ‘What is a puppy going to do to cure my depression?’ but I think what it does is that it gets people talking about the larger conversation, which is the most important thing, and for another person, seeing a puppy or a dog may make their day,” said Reeves. “You come because you see food or a speaker or puppies, but you leave having a conversation about mental health and you leave learning more about mental health.”

Sophomore Matthew McIlwain, who serves as co-chair of SG’s Public Relations Committee, reiterated that SG did not intend for Mental Health Week’s programs to be seen as solutions to Wake Forest’s mental health problems, but rather as conversation-starters.

“We’re not going to fix mental health in five days. That was never the intention of this week,” said McIlwain. “This week is to have people understand that there are other people on campus struggling with it, there are people and resources on campus to help you with it, and through that awareness, everyone will start to have a more successful college career.”

Junior Rance Orrell elaborated on the concerns students have expressed regarding how mental health is treated by university administration and campus leadership.

“There are so many systemic issues that feed into mental health issues on our campus, like a toxic culture of overwork, the restriction of low-income students’ ability to lessen their course load to part-time status and long wait times (sometimes up to four weeks) for a single 30-minute appointment at the University Counseling Center,” he said.

He also called on SG to support the work of other groups on campus, such as the Support Survivors Coalition, who have advocated for increased resources to the University Counseling Center in order to address mental health at Wake Forest long-term.

“This includes hiring more counselors, specifically counselors of color and of marginalized identities. It also means paying our counselors more so that they stay here for more than a few years and are able to become more deeply embedded in the Wake Forest community,” Orrell said.

Reeves also emphasized that because the quality of a campus’ mental health cannot easily be put into numbers, he felt that the impact of Mental Health Week cannot be simply quantified, such as with the number of visits to the University Counseling Center.

“When I was first lobbying for this, I had a lot of administrators say to me, ‘How are you going to quantify the success of Mental Health Week?’” he said. “If I don’t hear from one person whether it helped them or not, I’m fine with that as long as there’s one person who reached out to their roommate and said, ‘I think I need to get help, can you talk to me?’ That’s the win right there.”

Mental Health Week will continue with a keynote speech from Michelle Williams, a former member of Destiny’s Child, in Wait Chapel on March 21.