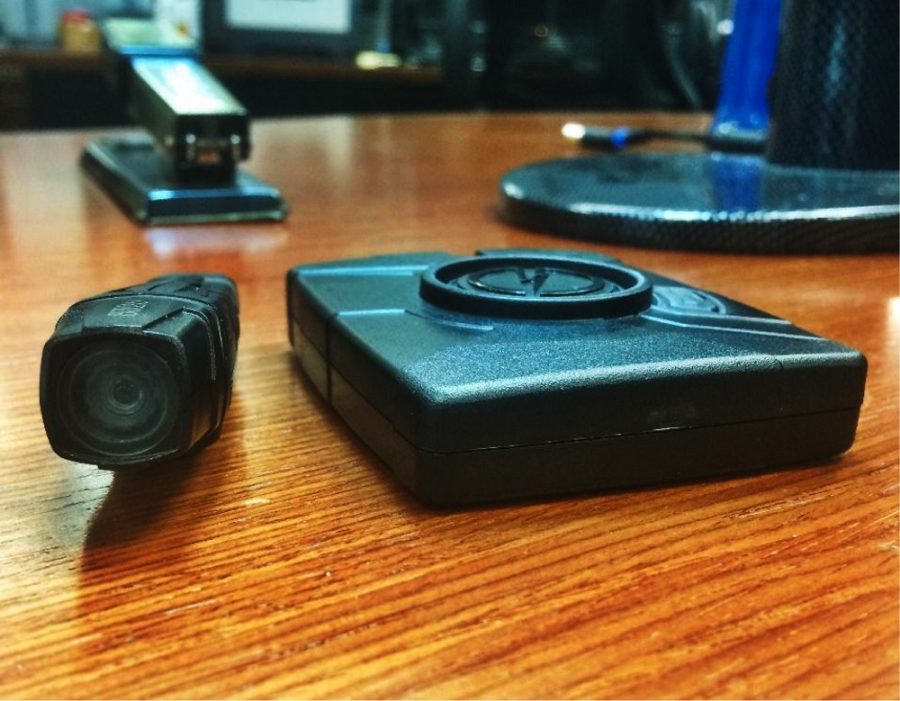 The cameras are used daily by all city police officers to “protect [officers] and protect the citizenry,” according to Sgt. K.S. Bowers of the Downtown Bike Patrol. He also said. that the cameras were implemented to increase accountability in interactions between civilians and police officers.

The cameras are currently used by all 12 members of the Downtown Bike Patrol in two separate squads. Each officer uses two cameras, and they are also used by motorcycle traffic enforcement officers and high school police officers in the Winston-Salem area, according to Bowers.

Bowers, who started working as a police officer in 1996, said that he was one of the first officers to test the cameras while on patrol in 2011.

Officers say that some civilian interactions have changed since they started wearing the cameras in 2012.

“In general, people understand that they’re not the only ones recording,” Bowers said.

“For example, if anyone is being really boisterous and yelling offensive comments and we tell them ‘This interaction is being recorded,’ then that person calms down. At a later point, if someone were to call and complain, we can review the video and see if what they’re saying is truthful or not.”

The Winston-Salem Bike Patrol has not had any internal disciplinary actions that have resulted from use of the cameras, Bowers said.

“Over the last few years there haven’t been any occurrences that would get an officer in trouble in my team, but it has been used as a learning tool to see how to navigate certain situations in a better way,” he said. “I have no problem with these cameras. If you’re doing your job right, as it should be done, especially with so much public trust in this job, you shouldn’t have a problem.”

Patrol Officer Susan Warner began using the cameras around three years ago. “These cameras are so much more convenient than a car camera,” she said. “They’re very handy. I’ve used them to film surveillance footage on my phone.”

The video footage uploads automatically to the Cloud. The amount of time the footage remains in the Cloud depends on its severity and seriousness.

According to Bowers, homicide footage would be kept for 40 plus years, while minor incidents like traffic accidents are kept for one year.

The video recording may also stream to an Apple or Android device via an app — “no editing, just recording as it’s uploading straight to the evidence list at the same time,” said Warner.

The app shows a livestream on the mobile device, so the camera could be used to look around a corner or under a car in a dangerous situation.

“Every action taken with the video is documented in the system, so you can see who made a copy of it or if they tampered with it,” Bowers said. “It creates an automatic audit trail that DA’s and the professional standards unit can access.”

Bowers also said that officers begin recording when they are en route to a call by tapping the camera controller twice.

Holly Stack runs a cosmetic business downtown and said that the fact that the patrol officers wear cameras gives her a sense of security.

“You can’t argue with what’s caught on camera,” Stack said. “I work with all females and we’re typically by ourselves. It keeps us safe, not just the officers. In this case, I feel like the cameras are an invasion of privacy that’s worth it and good for everybody involved.”

Vatara Lee, who works downtown at Tropical Smoothie Cafe, is an advocate for the cameras, but said she questioned the officer’s ultimate control in deciding what is recorded.

“I think every [officer] should be wearing them,” Lee said. “My question is if something were to happen, could they just stop recording if they wanted to?”

Bowers also said that he preferred the style of camera that rests near the ear as opposed to a traditional body camera.

“The camera moves and goes where I’m turning. It doesn’t get covered up,” she said.